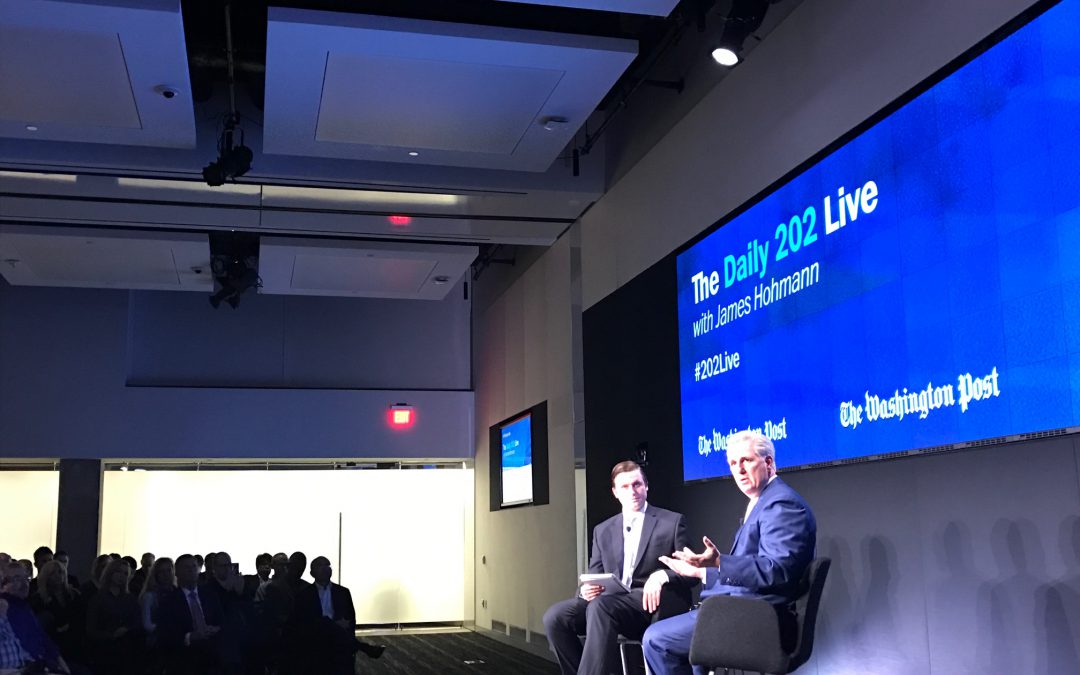 Trump came under fire over the weekend for tweeting – without evidence — that about 3 million “fraudulent votes” were cast in the election and caused him to lose the popular vote. He trails Democrat Hillary Clinton by more than 2 million votes in the latest tally.

When pressed on whether he saw signs of fraud in his home state of California, McCarthy said, “You can trust but verify, I don’t have a problem. I think it’s time to govern.”

But Trump wrote on Twitter, “In addition to winning the Electoral College in a landslide, I won the popular vote if you deduct the millions of people who voted illegally.”

McCarthy also praised a colleague in the House, Georgia Rep. Tom Price, tapped by Trump to be Secretary of Health and Human Services.

McCarthy called Price, an orthopedic surgeon by training, “a very good choice” and one he early on suspected was in the works.

Price, chairman of the House budget committee, is well-known for his opposition to the Affordable Care Act, which Trump has said he aims to repeal and replace. Some Republicans who have attacked the ACA do so without providing an alternative. Price has introduced bills offering a comprehensive and detailed replacement.

Neera Tanden, CEO of the think tank Center for American Progress and a senior figure in the Obama administration who helped pass the ACA, has this to say about Price:

“Rep. Tom Price is not qualified to serve as the Secretary of Health and Human Services. His ideas are so extreme and out of touch with the mainstream that he shows no concern for improving the health and livelihood of working Americans.”

When asked about when he hoped the House might move on rolling back Obamacare, McCarthy would not to commit to a timeframe.

“Repealing is easier and faster because that can be 51 votes,” he said, referring to the U.S. Senate. “Replacing is 60 votes (breaking a filibuster). I don’t want to set a time limit… I want to make sure it gets done right.”

McCarthy, second in the House hierarchy to Speaker Paul Ryan, also said he expected tax reform to happen under the new administration, saying it will be simple and fair, with three income tax rates instead of the current five.