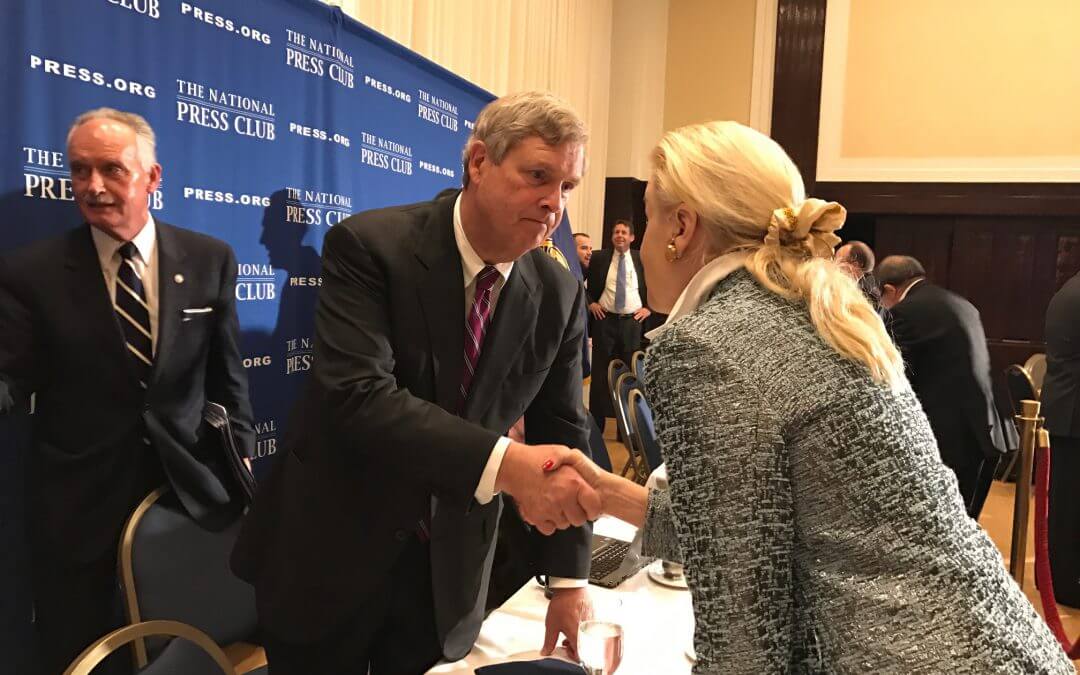 When it comes to biobased products, think of vegetable or corn oil turned into commercial aviation fuel — or just look for the ethanol tank at your local gas station.

“We live in a country where we can produce a lot of biomass from plants and we can convert that biomass into several products,” said Shibu Jose, H.E. Garrett Endowed professor at the University of Missouri and also director of the Center for Agroforestry.

There are a number of reasons why the USDA is promoting biobased products: they are considered to be environmentally friendly, reducing greenhouse gas emissions and fossil fuels. But another key reason is job growth.

For economic reasons, the processing of the biomass is done according to a specific pattern. Processing plants need to be built in close proximity — within about 75 to 100 miles of each other. Vilsack explained. That’s because of feedstock: the raw material used directly as fuel or converted to another form of renewable energy. It has a low density, meaning that it cannot be transported very far, explained Jose in a phone interview.

For small towns and rural counties, that means more jobs nearby. “It can have a rippling effect through the economy,” he said.

For economic reasons, the processing of the biomass is done according to a specific pattern. Processing plants need to be built in close proximity — within about 75 to 100 miles of each other. Vilsack explained. For small towns and rural counties, that means more jobs nearby. “It can have a rippling effect through the economy,” he said.

A new USDA report demonstrating the tangible contributions that biobased products are making to the job economy was published Monday. In 2013, the industry contributed to four million jobs. It also helped lower the unemployment rate of rural America from a high of over 10 percent to less than 6 percent. “The first time in approximately 10 years,” Vilsack said.

Vilsack also briefly touched on food security and efficient farming practices. He emphasized the importance of limiting food waste. “A third of the food that we grow and raise is never consumed the way it was intended,” he said.

Vilsack, the former governor of Iowa, is the only original member of President Barack Obama’s cabinet still on the job. He also leads the President’s Rural Task Force to fight heroin use in rural communities.

In 2008, Vilsack briefly ran in the Democratic presidential primary campaign, but dropped out after a few months and threw his support behind Hillary Clinton. This year, he mentioned prominently as a possible vice president pick for the Democratic nominee.

When asked about his political future should Hillary Clinton become president, Vilsack focused on the present.

“I don’t think anybody should be talking about what jobs or available or what’s going to happen after the election,” he said. “I think everybody should be focused on supporting the candidate of their choice and making sure this is an election that, at the end of the day, people are proud of.”