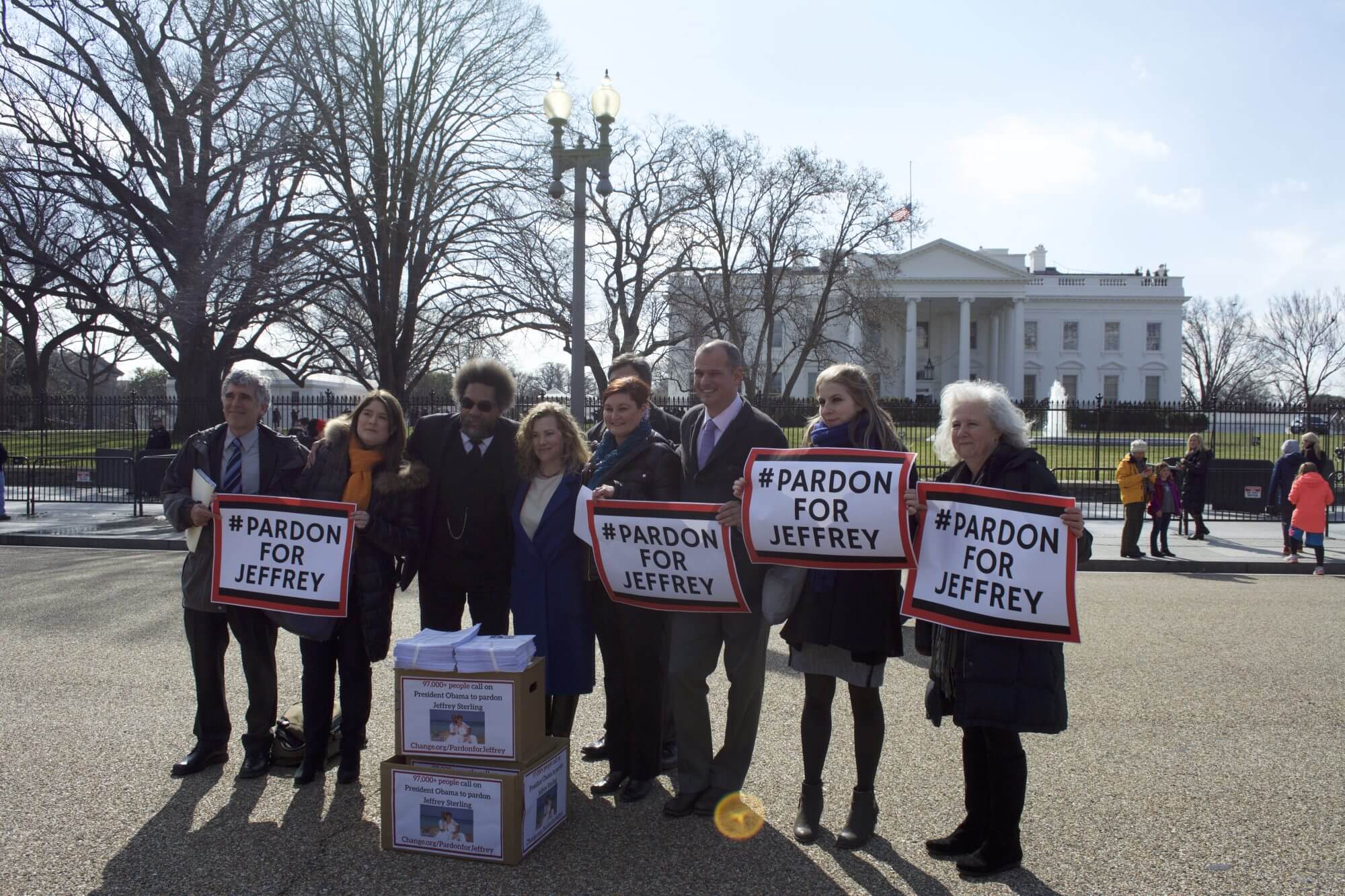 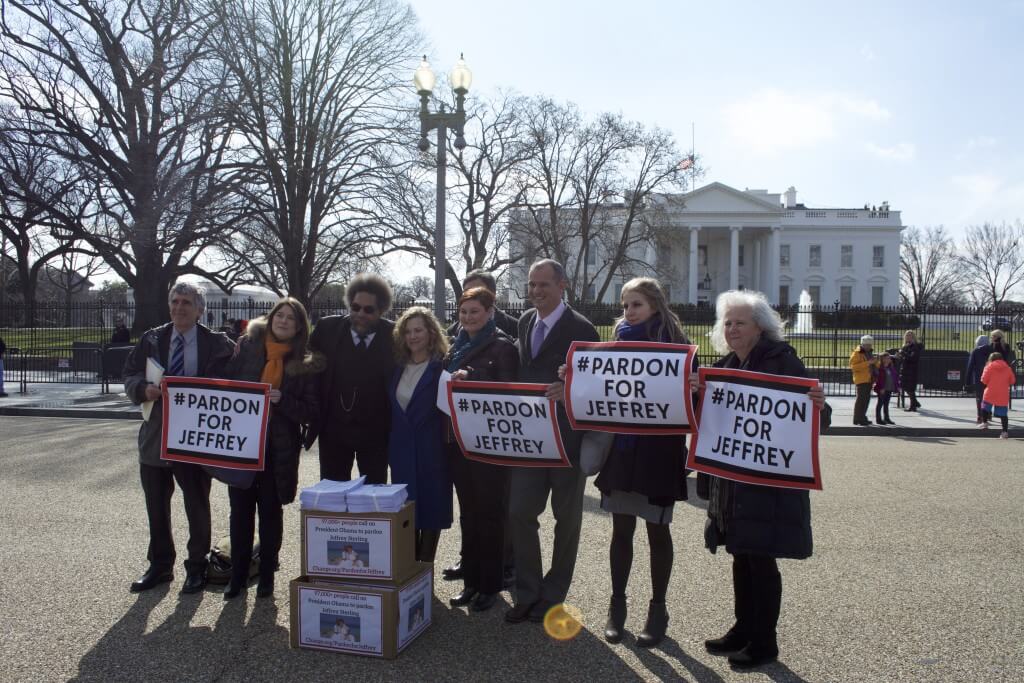 WASHINGTON — Surrounded by friends and activists, Holly Sterling delivered a letter to the White House on Wednesday, asking for the immediate pardon of her husband, Jeffrey Sterling, a former CIA employee convicted of leaking classified information.

Attached were the names of 150,000 people, who over recent months have pledged their support for Sterling’s release through two online petitions on Change.org and RootsAction. Thousands of comments accompany the virtual signatures, ranging from deep sympathy to anger at government policies.

“Mr. President, this is your opportunity to show Jeffrey, our country, and the world what it means to be a true leader by acknowledging a grave injustice has been done and making amends,” the letter reads. “This can only be accomplished by granting Jeffrey Alexander Sterling an immediate pardon.”

In January 2015, Sterling was found guilty on nine accounts of espionage, and later sentenced to 42 months in prison. He began his sentence in June.

Along with the large list of names, activists and organizations stood with Holly Sterling on Pennsylvania Avenue. Among them: John Kiriakou, a CIA whistleblower who served 23 months in federal prison; Cornel West, a prominent Princeton professor and author; and Jesselyn Radack, a whistleblower protection activist who represents Edward Snowden.

The Nation magazine and Reporters Without Borders, a non-profit organization dedicated to freedom of the press, also pledged their support.

Radack said she was “not hopeful” for a pardon, echoing the doubts of Holly Sterling and others. At this point, with 11 months left in his term, President Barack Obama has issued the fewest pardons of any president since the Department of Justice began providing statistics in 1897.

“Obama has presided over the most draconian administration in history,” Radack said. “It would be a big stain on his legacy if he didn’t (pardon Sterling).”

Stuart Karle, a media law professor at Columbia’s Graduate School of Journalism, says the current administration is one of the worst for freedom of the press in U.S. history.

The [Obama] administration has been more aggressive in going after the press, post-leak, than any of its predecessors,” Karle said. “It has served and pursued more subpoenas against the press than any previous administration.”

The Justice Department did not have an immediate comment on Wednesday. In a DOJ news release after the Sterling sentencing, the department said it believed Sterling, an African-American, shared classified information as an act of revenge for alleged racial discrimination.

“For his own vindictive purposes, Jeffrey Sterling carelessly disclosed extremely valuable, highly classified information that he had taken an oath to keep secret,” said U.S. Attorney Dana Boente in the statement. “His attempt to leverage national security information for his own malicious reasons brought him to this sentence today.”

Holly Sterling’s petition is only the latest development in a more than decade-long saga of the couple’s dealings with the administration.

After being fired by the CIA in 2002, and filing the first-ever racial discrimination lawsuit against the agency, Sterling was the main source of a story on his historic legal action by James Risen, a New York Times reporter.

Three years later, a chapter in a book Risen published exposed a failed attempt to sabotage the Iranian nuclear program by the CIA, an operation Sterling had been a part of during his time there.

The FBI opened an investigation on Sterling the next year. But it wasn’t until 2011 that he was indicted for espionage. Sterling was arrested and released on bail, but his trial was postponed indefinitely while the Justice Department subpoenaed Risen, who refused to testify, citing reporter’s privilege. The high profile standoff dragged on, with Risen saying publicly he would rather serve jail time. Finally, the DOJ decided not to call Risen to testify.

Without his testimony, the prosecution presented phone call and email records between Risen and Sterling, but only “metadata evidence,” not any content, something supporters of Sterling have criticized.

“How is it possible that just proving a relationship between someone and a journalist means they can be convicted through the Espionage Act?” said Delphine Halgand, U.S. director for Reporters Without Borders.

According to Holly Sterling, the communication between the two men was about Risen’s story on the discrimination lawsuit. But the Justice Department said it concerned classified information.

Holly Sterling said she decided to deliver the petition on Wednesday because it had reached the 150,000 mark in signatures. But she stressed the petition would not come down until her husband was freed.