Military leadership says women should be included in draft 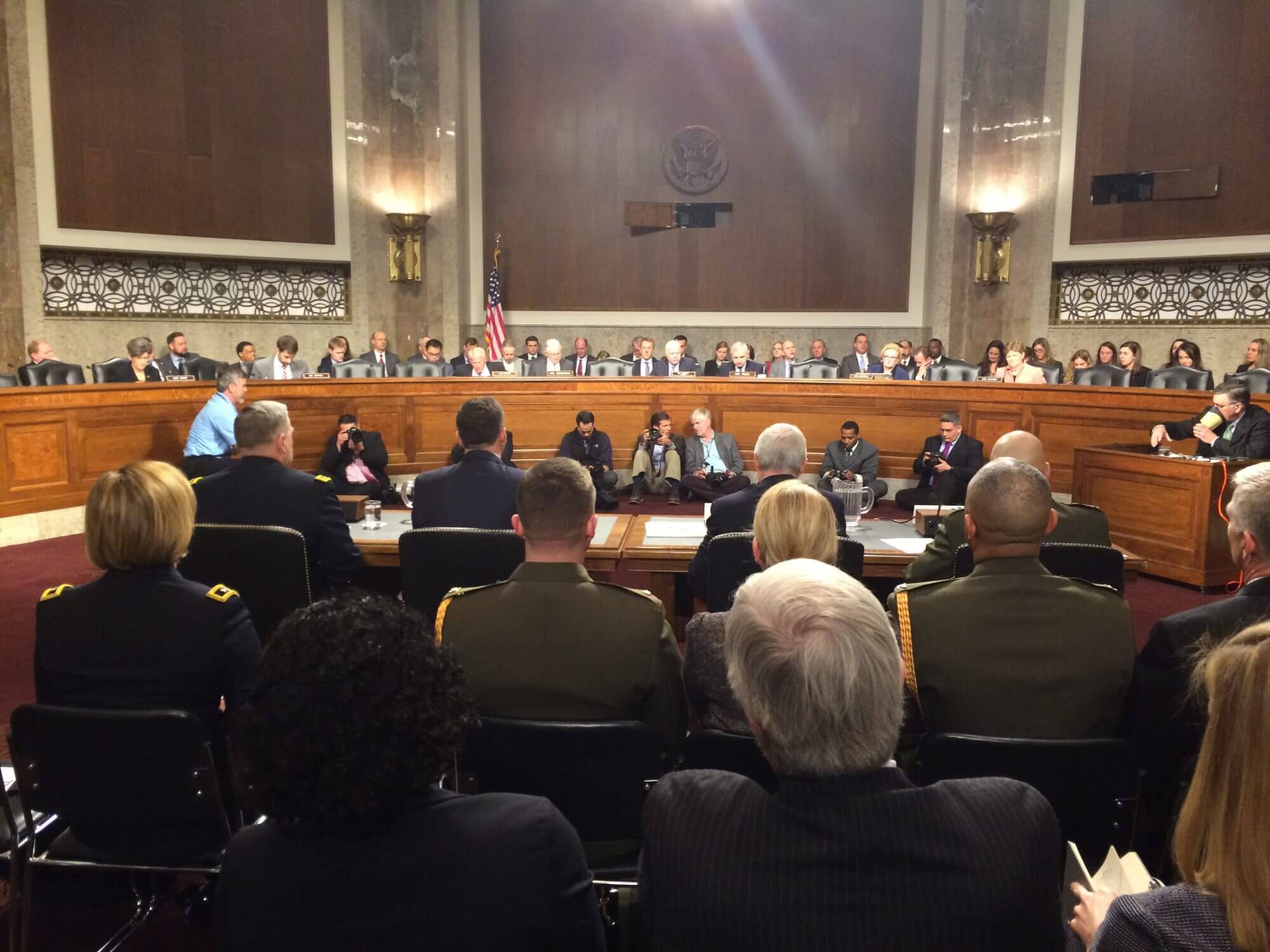 WASHINGTON — Military leaders testifying before the Senate Armed Services Committee on Tuesday expressed support for requiring women to register for the Selective Service, making them eligible for the future military drafts.

“It is my personal view that every American who is physically qualified should register for the draft,” said Robert Neller, commandant general of the Marine Corps.

The statements were in direct response to questioning from Sen. Claire McCaskill, D-Mo. No senator present in the chamber objected.

In 1980, President Jimmy Carter petitioned Congress to extend that requirement to women, but lawmakers refused. This led to a Supreme Court case which decided, because women at the time were not permitted to serve in combat positions, they were not eligible for the same promotions and it was therefore unfair to require service.

The court’s decision has been called into question since Defense Secretary Ashton Carter announced in December the Pentagon would open all positions to women.

Fellow female committee member Sen. Joni Ernst, R-Iowa, agreed with McCaskill’s proposal, but she and other senators focused their questioning on the effect integration would have on military combat preparedness standards.

“I fully support the opportunity for women to serve in any military role, as long as standards are not lowered,” said Ernst who served in the National Guard for 23 years, including as a company commander in Iraq.

The possibility of lowering standards for combat readiness by admitting women to train for all roles was a concern of multiple senators, but witnesses assured the committee the two are not in conflict.

At the center of the debate was a Marine Corps study conducted last year that compared mixed gender to all-male units. In questioning, senators drove directly at the results of the study, which concluded the male units performed better in a variety of areas.

“I have serious misgivings about moving to this particular point in our military,” said Sen. Roger Wicker, R-Miss.

In August, two women graduated from the Army’s rigorous Ranger School. They were the first in U.S. history to complete the notoriously tough training.

Among the branches, only the Air Force has a goal for general female enlistment. Sen. Angus King, I-Maine opposed creating such goals, saying he feared such objectives would endanger the sanctity of the combat standards.

“I think the great danger is that we don’t let the standards diminish in order to meet some arbitrary requirements,” King said. “Too often goals can become quotas.”

Mabus said it was unclear how many women were outliers from a woman’s average physical capability, and how many of those women would meet combat standards.

“There are certain physiological differences that exist,” Mabus said. “But there are always going to be people who are outliers.”

According to testimony, 422 female marines have earned Combat Action Ribbons in Iraq and Afghanistan, an award eligible for participation in ground or surface combat.

“This is not about women in combat,” Mabus said. “Women have been serving in combat with distinction for a long time.”