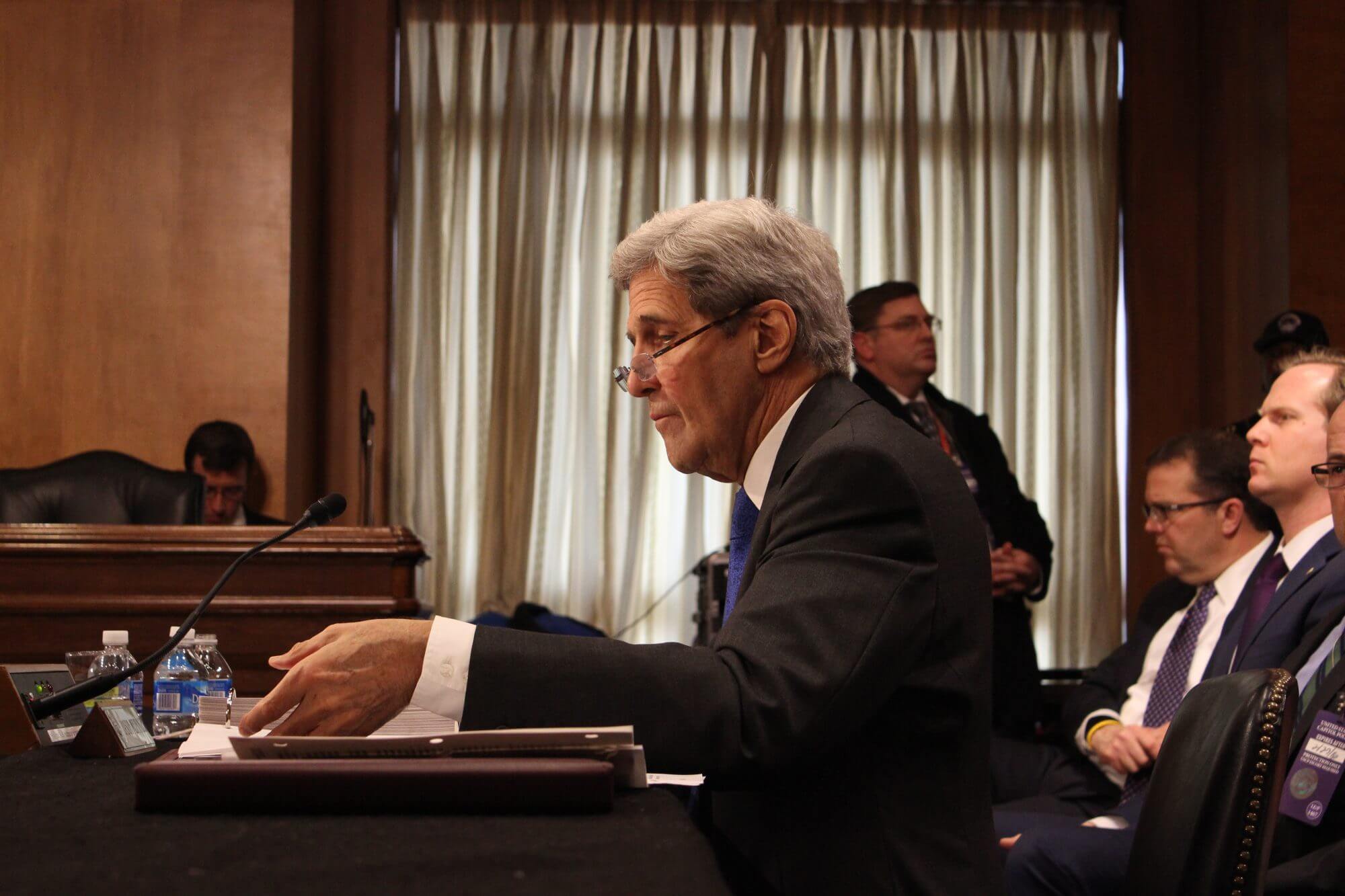 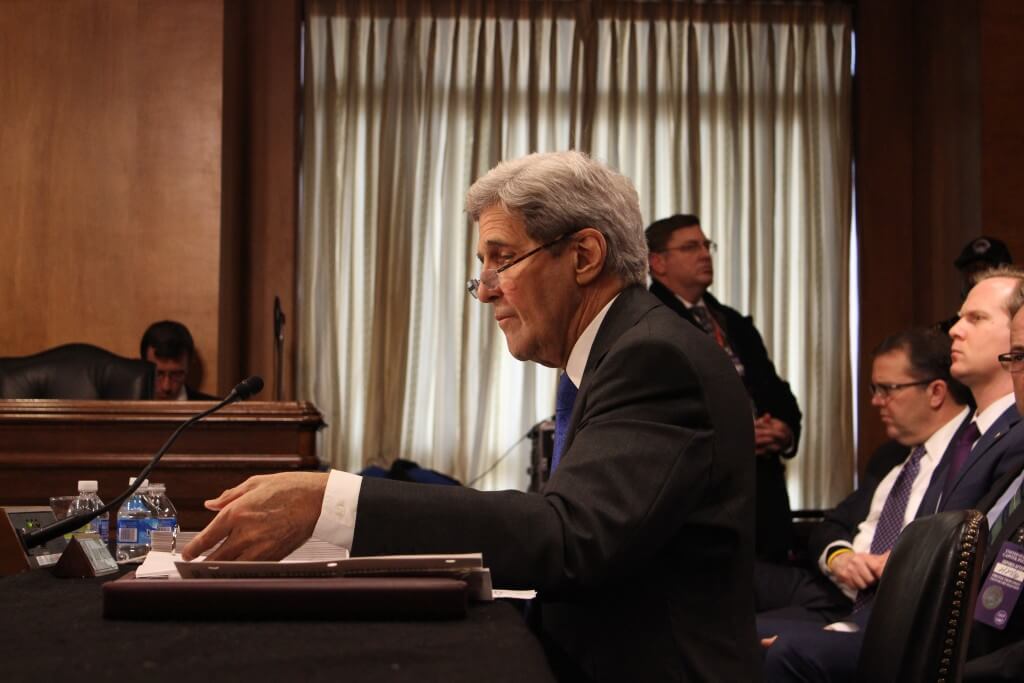 “I think that as former chair of this committee,” Sen. Bob Corker, R-Tenn., joked with Kerry, “you’re aware you won’t be asked many questions about the budget.”

Corker, the current chairman, and other Republicans dug into a year’s worth of State Department policies. But with many questions pre-packaged in political rhetoric, the partisan divide over support of the Obama administration’s actions was clear.

Committee members on both sides of the aisle applauded Kerry’s reopening of diplomatic ties with Cuba. Sen. Jeff Flake, R-Ariz., said many more Cuban workers are now employed by the private sector, providing them with “richer, fuller and more free lives” than they would otherwise have had.

However, the majority of the hearing was not as cordial.

Corker and Kerry butted heads over America’s continued funding of Pakistan’s counterterrorism efforts. While Kerry insisted the Pakistani military was committed to the fight against terrorism, Corker claimed the country was knowingly hiding the very extremists the U.S. had subsidized it to hunt down.

Kerry also got flack from Republicans for Moscow’s actions in Syria, where Russian planes have continued to bomb Aleppo, despite agreeing to a partial ceasefire.

“You have to begin a ceasefire sometime, but you can’t begin it on day one without working out the modalities of it,” said Kerry. He believes the agreement would never have been reached in the first place without Russia’s help.

The most contentious part of Kerry’s testimony came when Sen. Ron Johnson, R-Wis., attacked him over the Hillary Clinton email scandal, in which Clinton used a private server to send State Department information that some experts say was classified.

In what turned into a near shouting match, Johnson challenged Kerry on his own email use and the State Department’s efforts to “clean up” Clinton’s mess. The secretary repeatedly defended State’s efforts to ensure that information was handled with the utmost security.

Through all this, the primary focus of the hearing – the proposed 2017 budget – still got some attention.

In his final budget, President Barack Obama seeks $50.1 billion for State Department operations, about 1 percent of the overall federal budget.

“That 1 percent, I’m just convinced more and more over these last years… is the minimum price of the leadership role that the United States of America plays on a global basis,” said Kerry. He pointed out that the U.S. in 2016 is engaged in more diplomatic issues in more places than at any other time in the country’s history.

Foreign aid, which constitutes $34 billion of the State Department’s budget, has recently come under fire as one of the areas where the government should trim spending to reduce the annual budget deficit. But because aid makes up such a relatively minuscule part of overall federal spending, some say this thinking is misguided.

“Foreign aid is such a small portion of the budget that cutting it is not going to have any significant impact on deficit levels,” Marc Goldwein, vice president of the Committee for a Responsible Federal Budget, said in an interview. To get the deficit in check, he believes the government should focus on spending in areas less sensitive than carrying out foreign policy.

The federal budget is supposed to be finalized by October 1 and will likely remain a hotly debated topic for much of 2016.