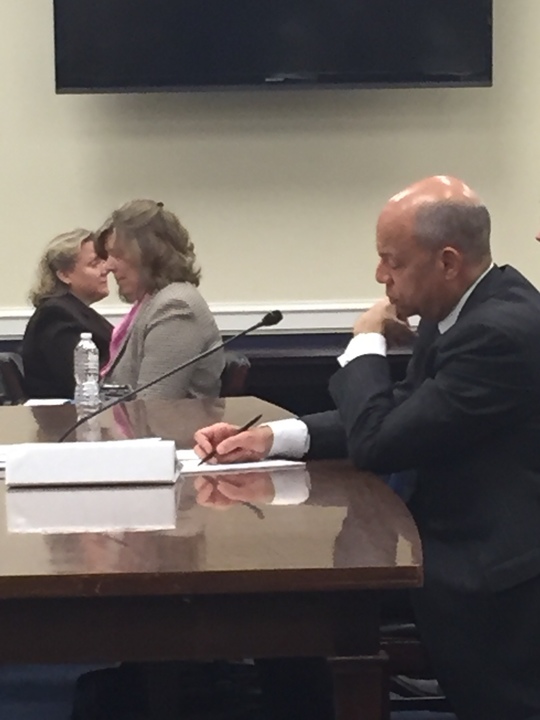 WASHINGTON—Republican lawmakers criticized President Barack Obama’s budget proposal for the Department of Homeland Security over what they called “gimmicky” accounting.

They called the $40.6 billion proposal “unrealistic” and “politically motivated,” because more than $900 million of it would come from increasing fees on airlines and air passengers – a plan that would require legislative approval, unlikely in an election year

“The reality is the chances of getting an authorization through congress and signed by the president this year are between slim and none,” said Rep. John Carter, R-Texas during an Appropriations Subcommittee hearing with Secretary Jeh Johnson.

The department intends to ask Congress to increase the fee passengers pay for a one-way trip from $5.60 to $6.60. Additionally, Homeland Security hopes to reinstate yearly fees the airlines had been paying for security between 2002 and 2014, when Congress repealed the program. The proposal seeks $420 million dollars from those fees; the last full year the fees were collected, the government received just under $380 million dollars.

All of this would likely raise the fare that passengers pay for air travel.

These kinds of increases are not a good bet in a Congress dominated by conservative Republicans. Lawmakers have been strongly opposed to these kinds of fees in recent years. In late 2014, both the House and Senate unanimously passed and Obama signed a cap on the total amount in fees passengers could pay per trip.

In a statement after Obama unveiled his 2017 the budget earlier this month, the industry group, Airlines for America, said that these fee increases and others would stifle the economy.

“We urge members of Congress to continue holding the line against unnecessary tax hikes that drive up the cost of travel for the 2 million passengers who fly on U.S. airlines every day,” it said.

Homeland Security declined to comment on what would happen to its budget if Congress does not agree to the higher fees.

Carter, who chairs the House Appropriations Committee’s homeland security subcommittee, said the budget as proposed has a “hole” in it – a $900 million gap relying on unrealistic tax increases.

His office did not respond to a request for clarification.