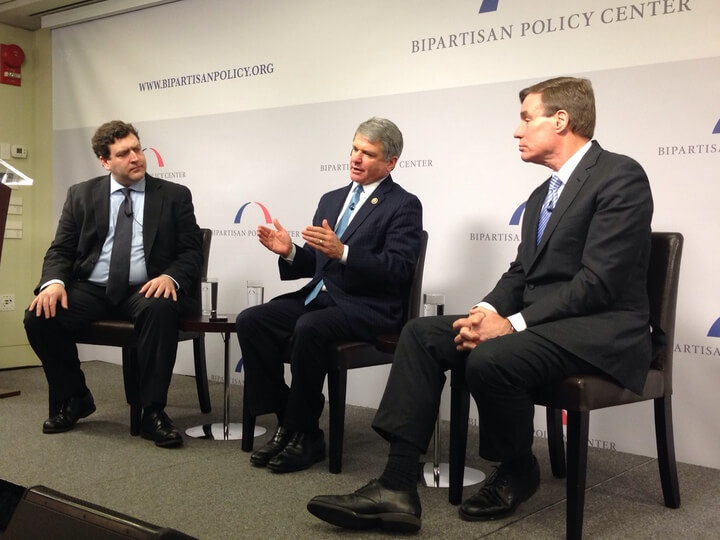 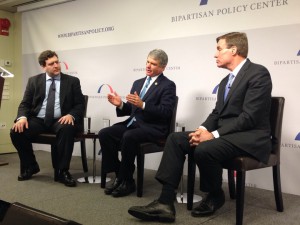 WASHINGTON- In the midst of a legal battle between Apple and the FBI over bypassing encryption in a terrorist’s iPhone, two lawmakers are readying a bill to create a digital security commission that would help decide how the government investigates terrorism on digital devices.

The proposed 16-person panel would be modeled after the 9/11 commission and would make recommendations on cybersecurity and encryption issues that haven’t been examined in a legal context since the late 1990s.

“It will be setting some of the (global) standards” on encryption and digital security, McCaul said at the Bipartisan Policy Center, where the lawmakers unveiled their proposal.

The commission would aim to put out a preliminary report within six months and a full report with recommendations to Congress in one year, he said. It would address tensions between public safety and privacy of personal data, as well as other cybersecurity issues.

“This is not an encryption commission, this is a digital security commission,” Warner said. “And it is broader.”

The lawmakers expect the bill to pass quickly in Congress.

“I’d predict it gets a lot of momentum to an urgent situation,” McCaul said. “I do believe the (Obama) administration will be supportive.”

Jim Lewis, a senior fellow at the Center for Strategic and International Studies, said that the legalities surrounding encryption and commercial digital devices are outdated.

The government’s right to access encrypted information is being questioned this week as Apple challenges a federal judge’s order to write code that would get around protected data on the iPhone of one of the shooters in the December San Bernardino attack.

Maintaining trust in government agencies and technology companies is something that would need to be addressed by the commission’s findings, Lewis said.