Experts call for national discussion on connected devices in transportation 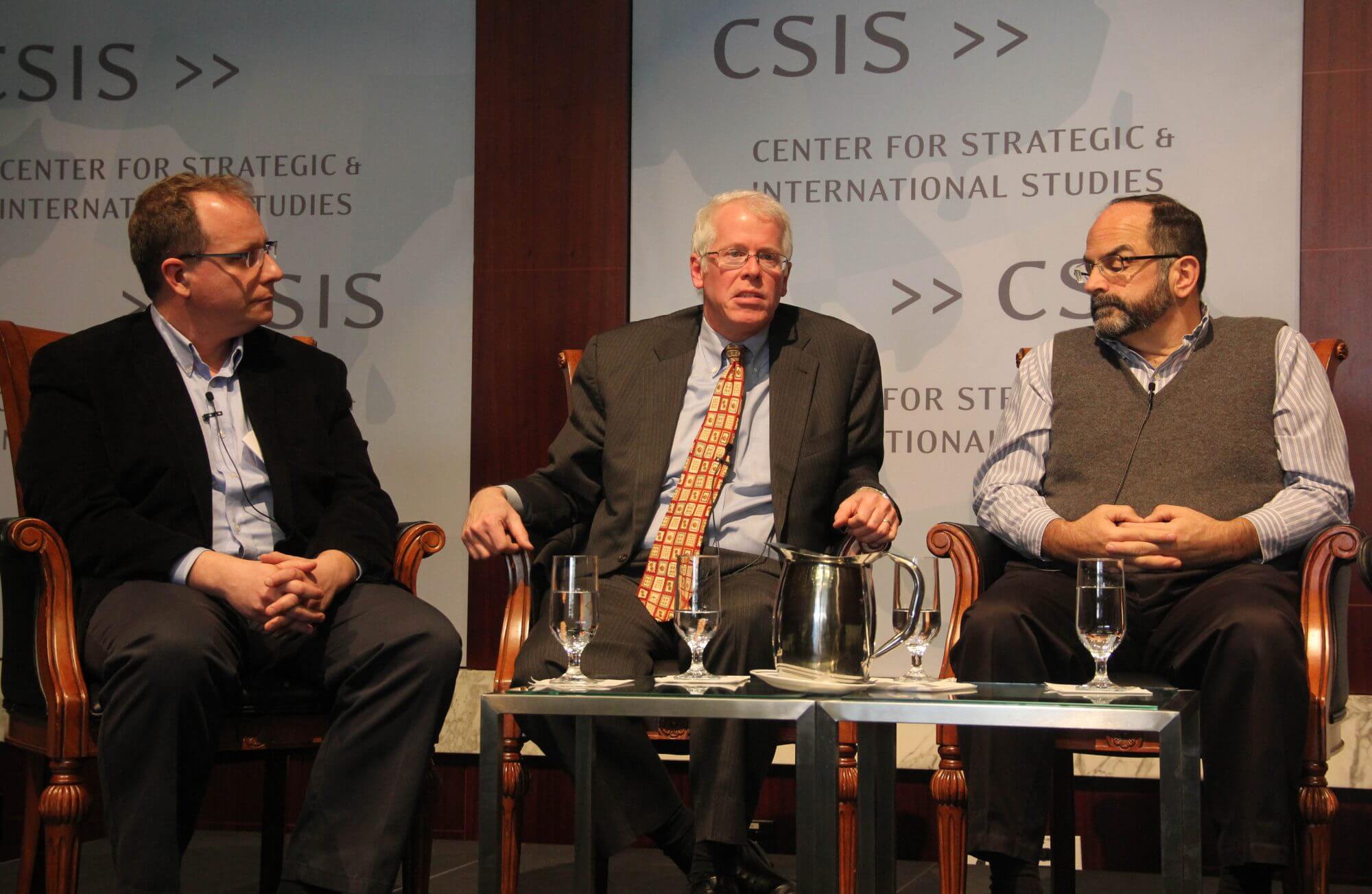 Panelists examine vehicle-to-vehicle communication as a new innovation that is riddled with safety implications, but has potential benefits for enhanced mobility. (Medha Imam/MNS)

Panelists examine vehicle-to-vehicle communication as a new innovation that is riddled with safety implications, but has potential benefits for enhanced mobility. (Medha Imam/MNS)

WASHINGTON — American motorists may soon sense Big Brother peering through their rearview mirrors as the government now has a way of monitoring automobiles.

Experts on Monday said the government acknowledges privacy, safety and security concerns that may surface from the growth of the “Internet of Things,” yet remains committed to integrating new innovations in the automobile industry.

“Our main mission is that security protocols are in place to make sure vehicles are safe,” said Kevin Vincent, chief counsel of the National Highway Traffic Safety Administration.

Panelists at a Center for Strategic and International Studies event explained how the government and members of the transportation industry plan to incorporate new technology into federal policy.

The so-called Internet of Things refers to Internet-connected devices in cars, homes and other physical locations that gather data.

But there are concerns about various safety and privacy issues that may arise as a result of vehicle-to-vehicle communication. V2V, as it’s called, allows cars to directly communicate GPS, speed and other data with one another. No driver involvement required.

All the major U.S. automakers have acknowledged working on V2V for future model years. General Motors is expected to be the first to roll out, with a V2V-equipped Cadillac slated for 2017.

Jason Kelly Johnson, design principal of Future Cities Lab—an experimental design studio and architectural think tank in San Francisco—said there are two sides to the implementation of V2V communication. The benefits include increased efficiency and the potential to ease traffic congestion, he said.

“But there’s the dark side to it that says that the government, police, advertisers and other sort of predator type of people know where you are, and are able to target their enforcement,” Johnson said in a phone interview.

Johnson said that citizens should have the chance to opt out.

“Citizens have a certain degree of privacy and I don’t think it’s advantageous for us to allow the government to keep track of us everywhere,” Johnson said.

Despite the privacy implications, NHTSA’s Vincent said the traffic safety agency has plans to “mandate” V2V communication in coming years as a way to enhance mobility and prevent accidents caused by human error.

“We don’t want to be paralyzed by the fear of the security risks here and to not move forward with the very significant potential that this offers,” Vincent said.

The Internet of Things is “consumer driven” and consumers are actually choosing safety, said John Pescatore of the SANS Institute, a private firm that specializes in cybersecurity.

Pescatore said consumers are also concerned about the security issues surrounding the Internet of Things—whether it’s a car, thermostat or an MRI machine—out of fear of government nosiness.

Pescatore stressed the need for policymakers to keep up with the advancing technology. Last month, Congress launched a caucus on the Internet of Things with the hope of expediting policy options.

“As someone with a long career in the technology industry and as an entrepreneur, I know firsthand how quickly technologies have developed to become critical to our daily lives,” said Rep. Suzan DelBene, D-Wash., one of the caucus co-chairs, in a statement.

“Policymakers will need to be engaged and educated on how we can best protect consumers while also enabling these new technologies to thrive. It’s important that our laws keep up with technology.”