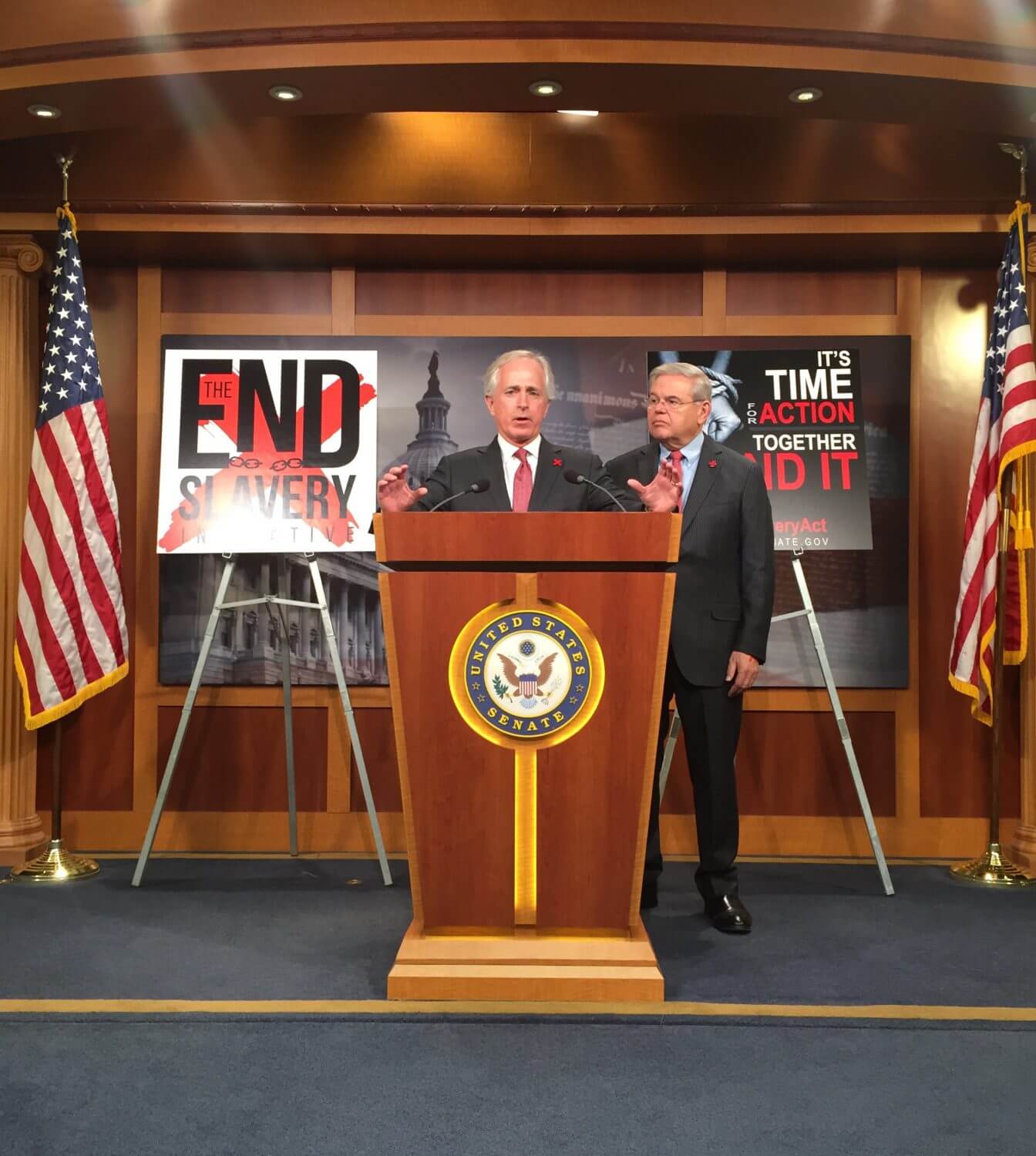 WASHINGTON — Lawmakers proposed a bipartisan bill Tuesday that would allocate $1.5 billion to strengthen the fight against global slavery and human trafficking.

“This will require U.S. leadership if we want to get rid of this grave injustice in the world,” said Democratic Sen. Robert Menendez of New Jersey, one of the bill’s co-sponsors.

The bill seeks to build on prior trafficking legislation and calls for the establishment of a foundation that will fund international programs to free the estimated 27 million victims of forced labor and sexual exploitation.

Republican Sen. Bob Corker of Tennessee, chairman of the Senate Foreign Relations Committee, is the co-sponsor. “For the first time, there would be a worldwide effort to end modern slavery,” he said.

Following the model of the U.S. government’s effort to address the global epidemic of HIV/AIDS, the foundation would be the first global initiative to leverage both the public and private sectors in the battle against modern slavery.

“Business and governments can do more,” Menendez said. “Governments can muster more political will. Companies can clean up their supply chains and make that information more public. And the public can be more aware of who picks the fruit on their breakfast cereal.”

The funding initiative would require $250 million in taxpayer money over eight years, with $750 million coming from the private sector and $500 million from foreign governments.

“We’re very optimistic that it will be an absolute watershed moment for those of us working in the anti-slavery field,” said Tim Gehring, research and policy manager at the International Justice Mission. “We’ve never had these types of resources. This $1.5 billion effort to fight this crime is absolutely unprecedented.”

The legislation includes a plan to enforce a rule of law to hold perpetrators of modern slavery accountable. Gehring said the bill’s approach to impunity would be critical.

“These are crimes of opportunity,” Corker said. “Business people, knowing that they’re not going to be prosecuted, are able to enslave people for their own well-being.”

Foundation programs would also be mandated to gather data as a way to measure impact. If a programs fail to show results, funding will be halted, Corker said.

By enlisting additional help from foreign governments and the private sector, who have been increasingly cooperative, the legislation is a multi-pronged effort to raise awareness and help victims of forced labor in the garment factories of Bangladesh to World Cup construction in Qatar to shrimp boats in Thailand.

“We cannot pick and choose where we are trying to end modern slavery,” Menedez said. “It needs to be a global perspective, whether that is friend or foe, ally or not, we have to be committed to universal standards.”

Corker’s Senate committee will hold hearings on the legislation in upcoming weeks.