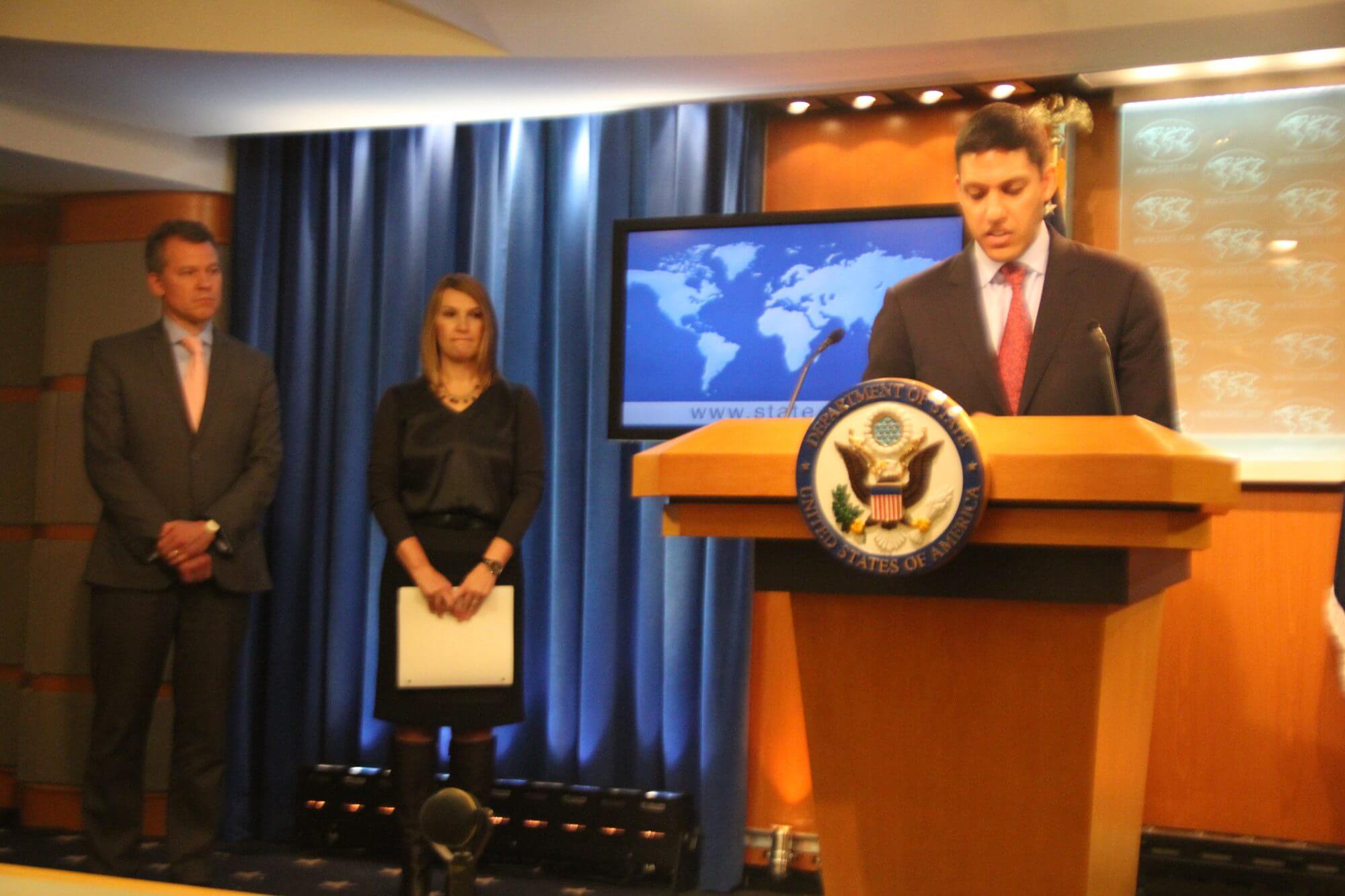 WASHINGTON-President Barack Obama is asking Congress for a 6 percent increase in the State Department budget — to $50.3 billion — as a way to combat increasing security threats around the world through diplomacy.

The administration wants $7 billion to respond to “immediate and extraordinary national security requirements,” including contingency operations and programs in Afghanistan, Pakistan and Iraq along with responses to the Islamic State and the crises in Syria and Ukraine, said Heather Higginbottom, deputy secretary of state for management and resources.

The president’s plan would distribute a total of $50.3 billion in funding for the State Department and the U.S. Agency for International Development in fiscal year 2016.

The proposal “makes critical investments in diplomacy and development that will secure peace and stability for the American people, strengthen the U.S. economy in global markets and support U.S. citizens in our diplomatic and development presence overseas,” Higginbottom said.

There is a rising pressure to use parts of the foreign assistance budget to help pursue counterterrorism objectives, said Thomas Carothers, vice president for studies at the Carnegie Endowment for International Peace.

Since the Sept. 11 terror attacks, the need to address security concerns has intensified. “We see this with the tremendous amount of resources that have gone to Afghanistan and Iraq over the last 10 or 12 years, and we see it continuing today with new emphasis on combatting the Islamic State,” Carothers said.

Carothers said there’s a tendency for the U.S. to prioritize current global conflicts.

“The current budget request for 2016 reflects the fact that the administration continues to try to use foreign assistance to address some of these security concerns, which is normal,” Carothers said. “But that inevitably takes some of the resources and energy away from longer-term development work.”

USAID Administrator Rajiv Shah said fiscal 2015 was a critical year for “collective partnerships” in development that allowed the agency to “deliver clear, focused and measurable results” in science, technology and innovation.

Five years ago, public-private partnerships were just eight percent of USAID’s global investment, but last year they made up 40 percent. The 2016 budget request seeks to increase those partnerships to 46 percent.

Among the programs that have succeeded with this partnership is global health, which received $8.2 billion in funding from the foreign assistance budget.

“We’ve focused our investments to make sure we’re doing our work in a way where over time our aid and assistance isn’t necessary, where self-sufficiency can replace the need for outside assistance,” Shah said.