2016 budget would give infrastructure a boost by taxing overseas profits 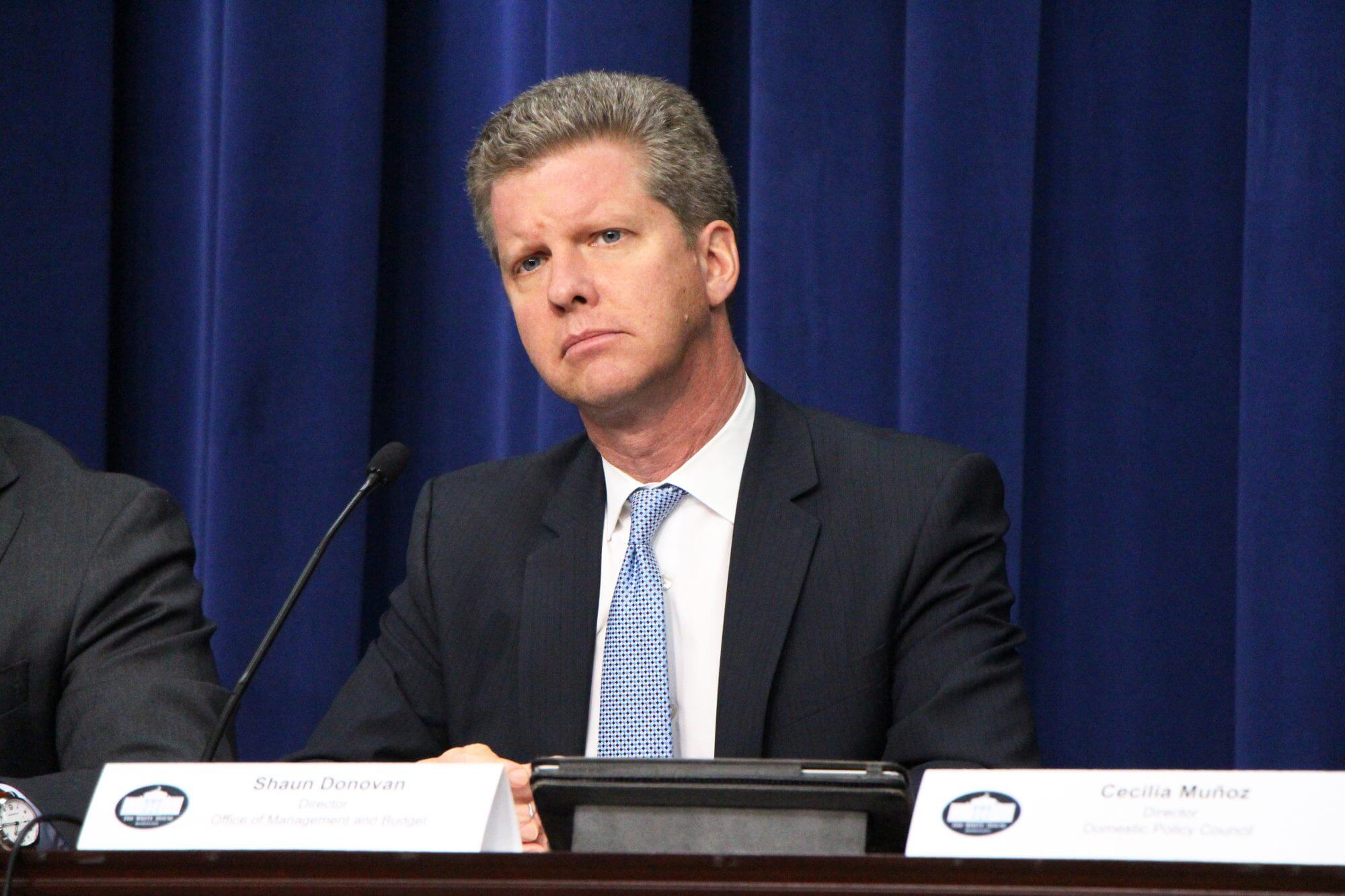 Shaun Donovan, director of the Office of Management and Budget, introduces the president's budget proposal at a press briefing Monday. The budget includes a nearly $480 billion allocation for infrastructure improvements, half of it funded by a tax on U.S. companies' overseas profits. (MNS)

Shaun Donovan, director of the Office of Management and Budget, introduces the president’s budget proposal at a press briefing Monday. The budget includes a nearly $480 billion allocation for infrastructure improvements, half of it funded by a tax on U.S. companies’ overseas profits. Olivia Marcus/MNS

Under Obama’s plan, U.S. companies would pay a one-time, 14 percent tax on overseas profits, estimated at up to $2 trillion, due immediately. The White House predicted the tax would bring in approximately $238 billion over five years.

“As our economy continues to grow, our nation’s businesses and workers also need a stronger infrastructure that works in the new economy—modern ports, stronger bridges, better roads, faster trains, and better broadband,” Obama wrote in the budget submitted to Congress on Monday. “The budget closes loopholes that punish businesses investing domestically and reward companies that keep profits abroad, and uses some of the savings created to rebuild our aging infrastructure.”

Because taxes on overseas profits are deferred until the money is brought home, many companies pay no U.S. taxes on money earned overseas.  Businesses can offset U.S. taxes, once they are returned, with credits for foreign taxes already paid. In addition to taxing current profits, the president’s plan would tax future overseas profits at 19 percent with credits for taxes paid.

Rep. John Delaney, D-Md., has been working for tax-reform funded infrastructure like the president’s plan for the past two years. In a bill introduced Jan. 30, Delaney proposed an 8.75 percent immediate tax on overseas profits, with a 12.25 percent tax on future earnings. Republican Rep. Richard Hanna of New York co-sponsored the bill.

“I think infrastructure should be our top domestic economic priority, and I like the way he pays for it, with international tax reform,” Delaney said. “I think when you look at the facts, though, and you think about what kind of level would get bipartisan support, it will be much closer to [our proposed rates].”

The other $240 billion in infrastructure funding will come from the ailing Highway Trust Fund, according to the president’s budget. The fund, projected to go bankrupt in May, has been hotly debated in Congress as lawmakers disagree about how to pay for it. It is currently supported by a gas tax of 18.4 cents per gallon that has not been raised since 1993.

The American Society of Civil Engineers also supports Obama’s larger allocation to improved infrastructure, particularly because it’s not just a quick fix, but lays out a plan for the next six years, according to Casey Dinges, the ASCE’s senior managing director of public affairs.

“The nation needs to invest more, and the president’s budget does do that,” Dinges said. “The fact that it’s a long-term bill is an important issue for states and cities that have to plan these long term projects.”

Obama’s proposal has gotten pushback from businesses and organizations that object to taxing overseas profits, including the National Association of Manufacturers.

“While the NAM recognizes the need to fund our infrastructure, piecemeal changes to the tax code that increase taxes for U.S. global companies is not the way to do it,” the organization said in a statement.

Seth Martin, director of financial communications at General Electric, a company with substantial overseas holdings, would not comment on the president’s proposal, but defended GE’s keeping profits overseas.

“We reinvest our foreign earnings outside the U.S. because we are in more than 175 countries and we need to be able to fund our non-U.S. business operations, which ultimately help create jobs at home,” Green said.

Last year, Obama’s budget included a proposed $302 billion, four-year infrastructure plan paid for by transition revenue from business tax reform, though it was less specific in its mechanisms than the 2016 budget. What passed instead was the Highway and Transportation Funding Act of 2014, which authorized a nearly $20 million transfer from the General Fund to the Highway Trust Fund to keep it solvent though May 2015.