Youth groups rejoice in Obama’s State of the Union 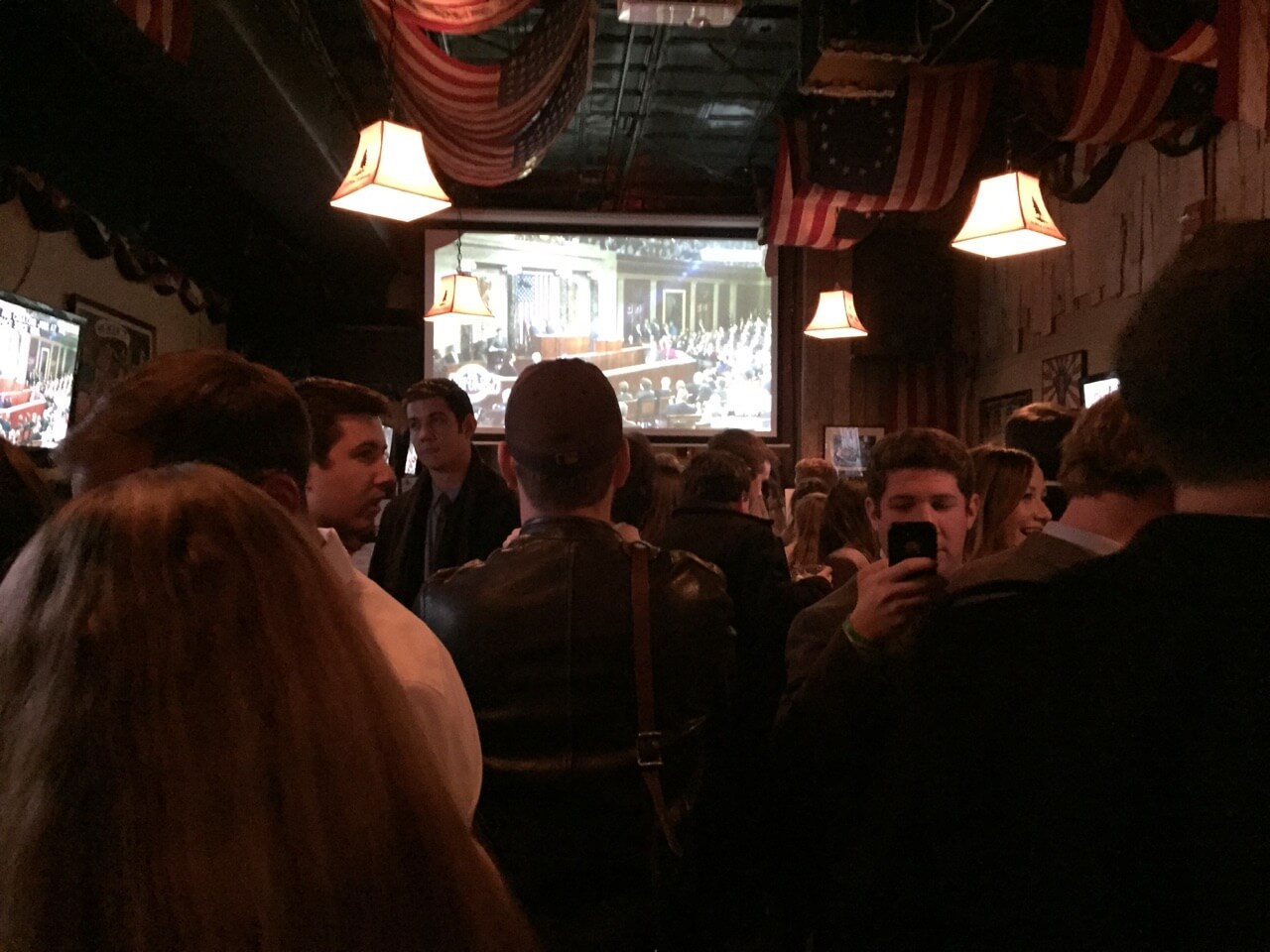 Young people watch Obama's speech at a bar near Capitol Hill. Photo by Will Hicks/MNS

Young people watch Obama’s speech at a bar near Capitol Hill. Photo by Will Hicks/MNS

WASHINGTON–The same group that provided a broad base of support for Barack Obama in in the last two presidential elections had reason to celebrate during the State of the Union address Tuesday night. The president offered his commitment to initiatives aimed at young Americans, including free community college, higher wages and a free and open Internet.

“I think that is a very practical solution, certainly very relevant for young people today,” said Atima Omara, president of the Young Democrats of America organization. “It’s great that he is investing in a program like that, when, as he mentioned, two in three jobs require some form of higher education.”

Evan Feinberg, president of the non-profit millennial advocacy organization, Generation Opportunity, opposes Obama’s community college plan, saying the president is “pandering to younger voters, offering free goodies like we can be bought off.”

Another focus of Obama’s speech: policy changes in the workforce, including better child care, guaranteed sick leave, equal pay for women workers for equal work, and an increase in the minimum wage.

Omara cited the importance of those programs to young families.

“A lot of millennials right now are delaying starting a family, buying a home because they are worried about moving forward economically,” she said.

Obama touched on net neutrality, an important issue for a generation that has grown up with Internet.

Free and open Internet is “completely essential for millennials,” said Johanna Berkson, president of OurTime.org, a national non-profit organization that says it represents the interests of young Americans.

According to Harvard University’s Institute of Politics survey last year 18-29 year olds are distrustful of the government, concerned with inequality in America, and not motivated to go the polls on election days.

On Tuesday night, Obama called for “a better politics …where we debate without demonizing each other; where we talk issues and values … rather than ‘gotcha’ moments, or trivial gaffes.”

“They think the government is on autopilot,” said Berkson.

Berkson said the president’s speech – his second to last State of the Union message — “ gave young Americans a reason to believe in our government again.”