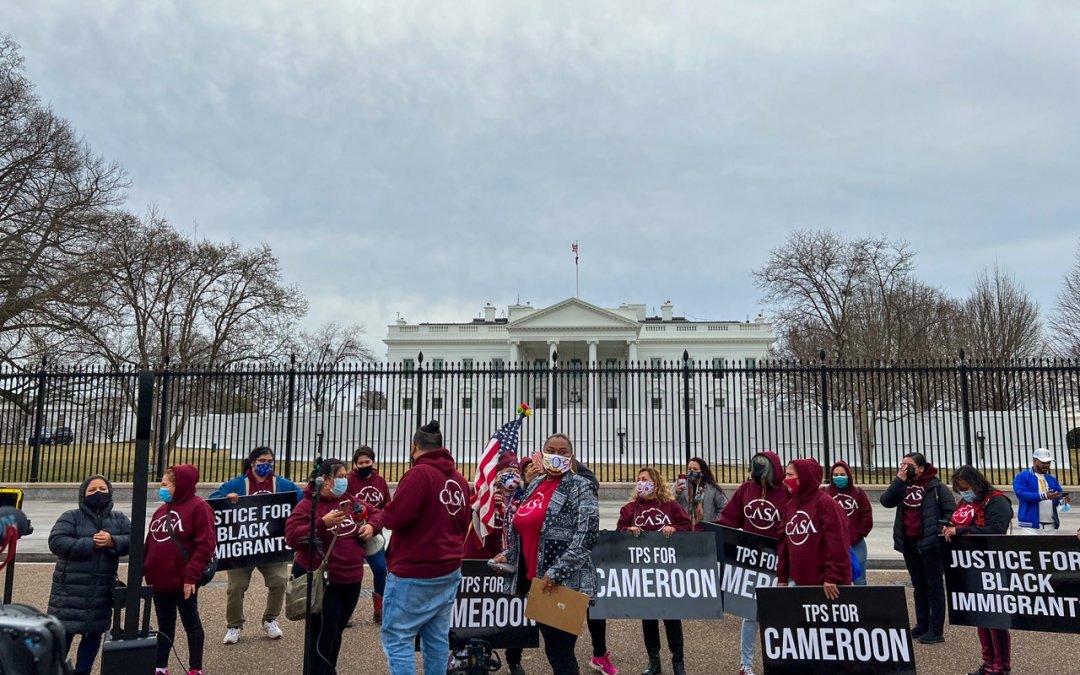 Temporary Protected Status has been a hot-button issue with activists demanding its designation to numerous countries throughout the world. So, you might be wondering: what is TPS in the first place?

“Temporary protected status is humanitarian relief for individuals who are currently in the United States who are unable to return to their own countries because of either environmental conditions or political turmoil,” said Allen Orr, president of the American Immigration Lawyers Association. “It generally lasts for a period of 18 months, which is renewable.”

The requirements for TPS designation are: ongoing armed conflict (such as civil war), an environmental disaster (such as an earthquake or hurricane), an epidemic and/or other extraordinary and temporary conditions.

A similar immigration status is asylum; however, the duration and benefits are what set asylum and TPS apart.

“When people ask for asylum, they’re asking for a permanent relief,” Orr said, “whereas TPS isn’t the same request to remain here permanently since conditions could change in some countries in which individuals may wish to return.”

Although permanent residence is not part of TPS designation, there are other advantages to this status that would better the lives of Cameroonian migrants in the United States.

“It allows you to acclimate yourself to society, such as to get a job, to get a driver’s license, to open bank accounts,” Orr said. And most importantly: “to come out of the shadows.”

TPS designation benefits Americans in an economic sense as well.

“It will allow them to sort of integrate into our society, and those Cameroonians who are in detention centers right now would be released,” Orr said, “so it’s also another cost-benefit analysis for America not taking the time to remove those individuals from the United States.”

So, what’s going on in Cameroon?

In late 2016, the Anglophone Crisis began in Cameroon. Feeling marginalized, Cameroonian Anglophones began protesting and rioting against the government, which has spurred an ongoing conflict that makes conditions unsafe in Cameroon. As a result of this conflict, many Cameroonians fear for their lives and wellbeing.

“Everything from the torture inflicted on those who speak out against the Cameroonian government to the forced hysterectomy and subsequent deportations of Cameroonian women,” Haddy Gassama, national director of policy and advocacy at UndocuBlack Network, said during a speech at a TPS rally in front of the White House in February. “All of it has been documented and presented to this administration.”

The Anglophone Crisis has compounded with other issues, such as the rise of Boko Haram and intertribal conflicts, and made Cameroon unsafe for many of its natives. Although these problems have worsened in recent years, they are a result of long-term issues that bubbled under the surface for a long time.

“We have had several armed conflicts that are going on in the country of Cameroon for the past five years or so intensively,” said Daniel Tse, the founder of the Cameroon Advocacy Network (CAN). “But these issues have been going on for a very, very long time, from far back in history.”

Originally, like countless other immigrants, many Cameroonians came to the United States in search of better opportunities by way of education and work. However, during their time in the United States, the situation in Cameroon has worsened.

“It’s become unsafe for them to return home because of the constant war regime changes in their home country,” Orr said.

As such, many Cameroonians have sought TPS and asylum due to the risks to their safety — but to no avail at this point in time.

“Those individuals have been returned, you know, way back in 2020,” Orr said. “There are reported cases where we see those individuals being tortured in their home country upon return.”

What efforts have been made to get TPS granted for Cameroon?

From advocates to elected officials, there have been numerous calls demanding the Biden Administration designate TPS for Cameroonians.

Last month, activists gathered near the White House to call on President Biden and Homeland Security Secretary Alejandro Mayorkas to grant TPS for Cameroonians. At this event, advocates were sure to highlight the fact that there are no legal obstacles to doing so.

“I’m here to tell you that Cameroon meets all the requirements to have TPS credited by this administration and it is a choice to grant TPS,” Orr said during a speech at the rally.

Many advocacy groups and think tanks have joined the movement as well. Some 281 immigrants’ and human rights organizations sent a joint letter to President Biden and members of his cabinet to push for immediate TPS designation for Cameroon, also in February.

Within Congress, there has been some growing support. Last October, Rep. Zoe Lofgren (D-Calif.) and Rep. Hank Johnson (D-Ga.) introduced the Cameroon TPS Act of 2021, which now has 27 cosponsors in the House. Last November, Sen. Chris Van Hollen (D-Md.) and Rep. Karen Bass (D-Calif.), along with 50 colleagues, wrote a letter to President Biden and Secretary Mayorkas urging the administration to support Cameroonians and suggesting TPS as a possible solution.

However, these congressional efforts likely will not have a notable impact as Congress does not control TPS designation.

“[The bill] is sort of not the most tactful way to get TPS granted because it’s done from administration,” Orr said.

What has the response been from the Administration on this issue?

As of now, there has been no response from the White House or the Department of Homeland Security on the issue, and neither responded to requests for comment by deadline.

Tse wishes to see the issue addressed promptly, especially as more Cameroonians continue to live in fear of deportation to certain danger.

“We’ve basically done everything as far as advocacy is concerned,” Tse said, “and yet, we are still not seeing results or response from the administration.”

Some also feel that this ongoing battle does not have a level of urgency fitting the crisis that Cameroonians are facing.

What are the equity implications of this long fight?

Since his campaign began, President Biden has spent a lot of time discussing how advancing racial equity is one of his immediate priorities. In fact, the White House focused on this issue in a recent fact sheet.

“On the last day of Black History Month, the White House put out policies with regards to racial equity in the United States,” Orr said. “Within those policies in immigration, was this concept of equity among TPS and treatment of Black immigrants.”

This sentiment from the White House, however, seems disingenuous to some due to the lack of response to demands of TPS for Cameroon — especially in juxtaposition to the quick response to the Ukraine crisis.

“The right response took only a couple of weeks,” Orr said about the designation of TPS for Ukraine.

The efficiency in which TPS has been designated for Ukraine amid the Russia-Ukraine conflict has highlighted, yet again, the disparity between the treatment on white and non-white immigrants.

“It’s the anti-Blackness and racism that exists in the immigration system. We see that this discrimination against Black immigrants is very, very rooted in the system,” Tse said. “Minority Black countries need protection as well.”

While advocates are glad to see TPS designation for Ukraine, they wish the same treatment existed for all people in crisis — regardless of skin color.