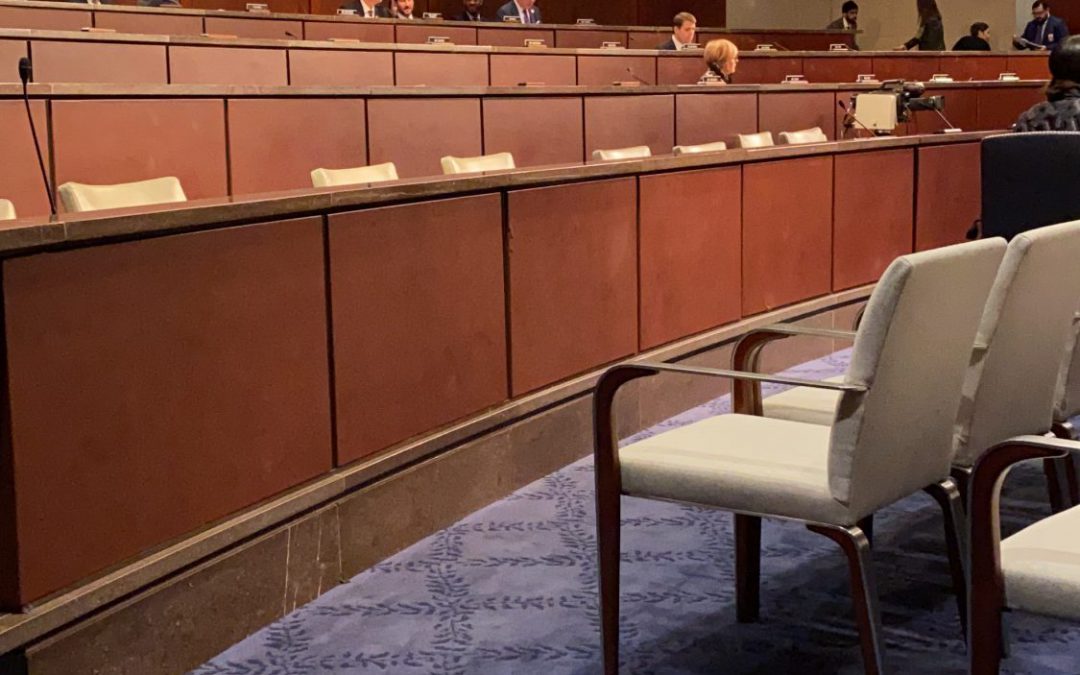 A typical therapist’s waiting room may contain a few unremarkable chairs, a handful of outdated magazines and the quiet bustle of a receptionist’s desk.

But in Veterans Affairs facilities, patients can sometimes be bombarded by swaths of military paraphernalia and fellow service members milling around — potential triggers that could deter them from seeking mental health support.

As Congress and the White House zero in on mental health legislation, some advocates and lawmakers are pushing specifically to establish more robust telemental health services, providing services like psychiatry appointments conducted over the phone, to better serve veterans reluctant to receive in-person care.

Telemental health can be particularly helpful for veterans with lingering negative associations from their time in the military, said Samantha Connolly, a clinical psychologist for the Boston VA Healthcare System.

“There are also veterans who maybe didn’t have the best experience during their military service, and they don’t like to come into a VA facility,” Connolly said. “They don’t want to sit in a waiting room with other veterans and maybe see regalia or just memories of their time in the service.”

Last year, the VA provided 5.6 million telemental health visits, up from 3.2 million in 2020, according to Kendra Weaver, a senior consultant in the VA’s Office of Mental Health & Suicide Prevention.

“Prior to the pandemic, we often used telemental health as more of a selective or secondary strategy,” Weaver said.

While the recent string of mental health-focused hearings on Capitol Hill and President Biden’s call for mental health legislation in the State of the Union have garnered more national attention, Weaver said the VA has been working on building up its telehealth infrastructure since well before the pandemic.

The department dabbled in telehealth as early as the 1960s and ’70s, with providers communicating with patients through televisions. After piloting a few programs in the 1990s and early 2000s, the VA formally launched a national telemental health initiative in 2002, including introducing its own video application for virtual appointments, Weaver said.

But the pandemic proved a turning point, with the VA switching from providing 80% of its care in-person to 80% virtually.

An option for veterans wary of the stigma

While some veterans may be deterred from seeking help by the intimidating experience of obtaining services at the VA, others may carry lingering worries about how talking with an expert is viewed in the military.

“Going to the mental health clinic can jeopardize your career, and sometimes that stigma stays with military service members,” Kenneth Marfilius, a former active duty mental health therapist, said. “They might feel more comfortable engaging in a telemental health appointment from the comfort of their home especially if there’s a certain level of anxiety or even some PTSD symptoms that could potentially flare up by going to the clinic.”

Crowded cities can be a common trigger among veterans experiencing PTSD, so some veterans may prefer to live in more remote, rural areas — areas that are often under-resourced with VA and mental healthcare facilities alike.

Marfilius, who has also worked to provide healthcare to and relocate unhoused veterans through the Syracuse VA Medical Center, said telemental health has long been a way to reach these veterans while also prioritizing their preferred way of life.

“It may be easier to find an apartment for a veteran experiencing homelessness in a city center or immediate surrounding areas, but they might not want to live there for reasons… related to their mental health symptoms,” he said. “That’s where we see, telemental health really kicks in to be able to have them live where they want to live, where they feel most comfortable, but also having that constant communication (with a healthcare provider).”

Even for veterans living in major metropolitan areas, Connolly said, the stress of navigating a tricky commute or heavy traffic can be a trigger. In Boston, some of her patients have to budget significant amounts of time just to get to their appointments.

“I think for some providers, they question, ‘how much therapeutic benefit does the session have if getting to and from the appointments has caused so much stress in my patient’s day?’” Connolly said. “So I think telehealth can help in those cases, too.”

The largest barrier to expanding telemental health services is ensuring veterans have the technology to access virtual appointments. The VA has launched programs to loan veterans phones and computers, as well as support services for users to familiarize themselves with the technology ahead of their first telehealth appointment.

Addressing the “digital divide” has been an ongoing priority for the VA, Weaver said.

Marquis Barefield, the assistant national legislative director for Disabled American Veterans (DAV), said the group has been advocating for lawmakers to pass legislation to help the VA get the technology it needs to make telemental health services possible for more vets.

For those who do not have broadband or internet access, the DAV has been pushing for the expansion of VA initiatives like the 2018 Accessing Telehealth through Local Area Stations program.

Partnering with organizations like The American Legion and Walmart, the program offers veterans private spaces with internet and computers to access telehealth appointments. However, the program currently only operates 12 active locations across the country, with only one other location expected to be added soon.

For veterans who struggle to operate technology, DAV hopes in-person care remains an option as well.

“We want to encourage the VA not to just heavily rely on telehealth and telemental health services,” Barefield said. “We also still want them to have their doors open, so if veterans have an opportunity to come back inside of the facilities themselves, that option is still on the table as well.”