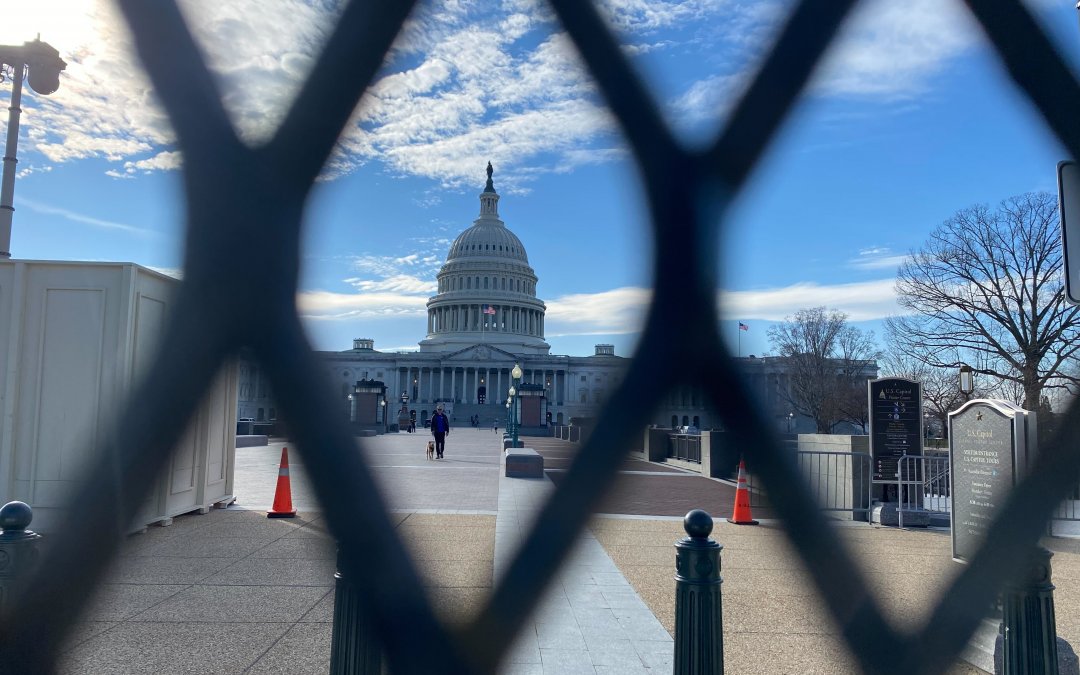 Due to safety concerns, the Capitol building was fenced in prior to Biden’s State of the Union address. (Jenny Huh/MNS)

WASHINGTON — After Tuesday’s State of the Union address, I had a fascinating conversation with Jeff Shesol, former deputy chief speechwriter for President Bill Clinton. Shesol analyzed the tone and manner in which President Biden discussed immigration, with a focus on garnering up bipartisan support on the topic.

Note: Some questions and answers have been modified for brevity and/or clarity.

Q: [How was] the tone with which President Biden addressed immigration?

JS: “What you heard tonight from the president was a leveling of the tone, a recognition that border security is important, but at the same time, so is our humanity toward those who come to the United States to seek a better future.”

Q: Combining border security with fixing the immigration system – do you think that’s what allowed for the bipartisan support and applause we saw once he said this?

Q: Biden’s talks on immigration in his Joint Address to Congress last year included more specific plans and legislation than did tonight’s State of the Union address. Do you think that staying vague on immigration was part of his effort on that bipartisanship? What does this tell us about what was left out tonight?

JS: “There’s a limit to how much detailed business you can transact in a speech like this. And the topics that are delivered with detail are delivered with detail, either because there is a new announcement to be made at certain points that need to be clarified at the beginning of a push for a piece of legislation, or for new solution in one area or another.

“It may also just simply be a question of where the president sees the greatest areas of opportunity for legislation and for bipartisan accomplishments in Congress… I sensed a pulling back from what might have been called micromanagement of Congress that we saw over the course of the year. There was a clear statement of priorities, a clear statement of values, and I think that his purposes and priorities were very clear. But I think that he did not sort of linger on the particulars of any of these areas over the course of the speech.”