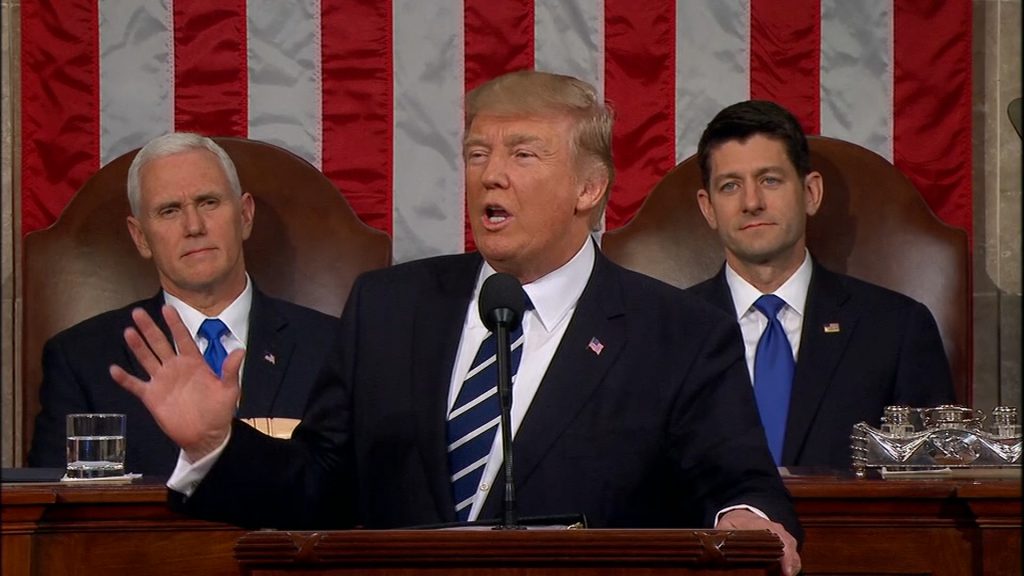 WASHINGTON – For years, political prognosticators prophesied the coming civil war within the Republican Party, and for years, the expected reckoning on the right has failed to come to pass. Now, with the GOP out of power and former president Donald Trump still hung up on his 2020 loss, some cracks have begun to emerge within the Republican coalition.

“There are signs that Trump’s grip on the party is more fragile than it may look,” American Enterprise Institute senior fellow and Republican Party expert Matthew Continetti told Medill News Service.

In yet another move to purge the GOP of anti-Trump forces, the Republican National Committee voted last month to censure Reps. Liz Cheney (R-Wyo.) and Adam Kinzinger (R-Ill.) for their involvement with the House select committee investigating the insurrection.

In its resolution, the RNC accused Cheney and Kinzinger of “persecution of ordinary citizens engaged in legitimate political discourse.”

The characterization of the events of Jan. 6 as “legitimate political discourse” set off a round of Republican infighting, with Senate Minority Leader Mitch McConnell, (R-Ky.) — among many other dissenting statements from prominent GOP officeholders — asserting that what took place that day constituted “a violent insurrection for the purpose of trying to prevent the peaceful transfer of power after a legitimately certified election, from one administration to the next.”

Amid all the tension between different camps within the party, Trump is in the process of attempting to punish Republicans who voted to impeach him in the wake of Jan. 6.

The former president went so far as to say “the censure of Cheney and Kinzinger is a good and very appropriate thing to do as it pertains to our great Republican Party!”

Of the 10 House Republicans who voted in the affirmative on the question of impeachment, seven are running for re-election. Six of those seven have drawn primary challengers endorsed by Trump.

Given the former president’s apparent grip on the Republican Party, one might be expected to assume the Trump-endorsed challengers have dominated their opponents financially. That assumption would be incorrect.

“Donald Trump remains the most popular individual among rank-and-file Republicans,” conservative commentator Matt Lewis told Medill News Service, “but that popularity is not transferable — his endorsements are not guarantees of success in GOP primaries. Likewise, Republicans who become targets of his attacks are not predestined to lose internecine battles.”

If fundraising constitutes part of success, Lewis is absolutely right.

AND THE MONEY KEPT ROLLING IN…

All six House Republican incumbents running for re-election who voted to impeach Trump have dramatically outraised their Trump-endorsed challengers.

In Michigan, Reps. Peter Meijer and Fred Upton raised $1.618 million and $1.622 million in 2021, respectively. Neither one of their challengers has crossed the half-million mark.

Washington Reps. Jaime Herrera Beutler and Dan Newhouse raised $2.257 million and $967 thousand during 2021, respectively. Herrera Beutler’s opponent, Fox News favorite Joe Kent, was more successful in fundraising than most of the Trump-endorsed challengers, pulling in $1.394 million during 2021, but still did not come close to matching the incumbent’s total. Newhouse’s opponent, Loren Culp, raised $145 thousand that year.

Finally, Liz Cheney raised $7.179 million in 2021, beating her most notable challenger, the Trump-endorsed Harriet Hageman, by over $6 million.

Continetti said the disparities between incumbents’ fundraising and that of their challengers is a sign of Trump’s weakening grasp over the GOP.

“The fundraising numbers are a sign of a divided party,” Continetti said, “and the large-money donors in the GOP are more likely to have been offended by President Trump’s behavior after he lost the election in November — and mortified by January 6 — than the small-dollar donors who have been feeding Trump’s PAC haul.”

“Many of the challengers Trump has endorsed,” said Continetti, “tend to be from the fringes of the party, making them more likely to support Trump’s actions after the election and around January 6. It also limits their viability.”

J. Miles Coleman, associate editor of election analysis newsletter Sabato’s Crystal Ball, echoed Continetti’s assessment of the electability of Trump-endorsed candidates, pointing to Meijer as someone who may be able to tout his general-election appeal as a reason why Republicans should choose not to support his challenger.

“He could potentially have a tough primary,” Coleman said of Meijer, “but redistricting has made his seat more Democratic. He could at least argue to his primary voters, ‘Okay, well, I have a certain crossover appeal, I won a very tough general election in 2020, and if you don’t stick with me, we could lose the seat to the Democrats.’”

University at Buffalo political science professor James Campbell, though, said the fundraising gap may actually be a bad sign for the Trump-opposed incumbents.

“There’s a long, long history of research on campaign finance,” said Campbell, “and what it demonstrates is that incumbents who tend to raise the most money are the ones who are in the most trouble…they need that campaign finance advantage to hold their seats.”

It is important to note that it is still very early in the election cycle.

“The most obvious thing to look for,” Continetti said about the rest of primary season, “is whether this trend holds…This is shaping up to be a big Republican year, and so Republicans are going to earn a lot of money. A lot of that money is going to flow to incumbents, and what’s interesting is that this money is flowing to incumbents regardless of their records on impeachment.”

The most important thing to keep in mind, according to each expert, is that nothing is certain in politics.

“It would be simpler if Trump were either completely omnipotent or entirely incompetent,” said Lewis. “The truth about his influence within the GOP is more complex and messy. When it comes to punishing Republicans, I think Trump has limited bandwidth. I think he can take down a Jeff Flake or a Liz Cheney — high-profile figures who have consistently crossed him.”

“But taking down multiple incumbent Republicans,” Lewis said, “requires a degree of organization and an attention span that is beyond him.”