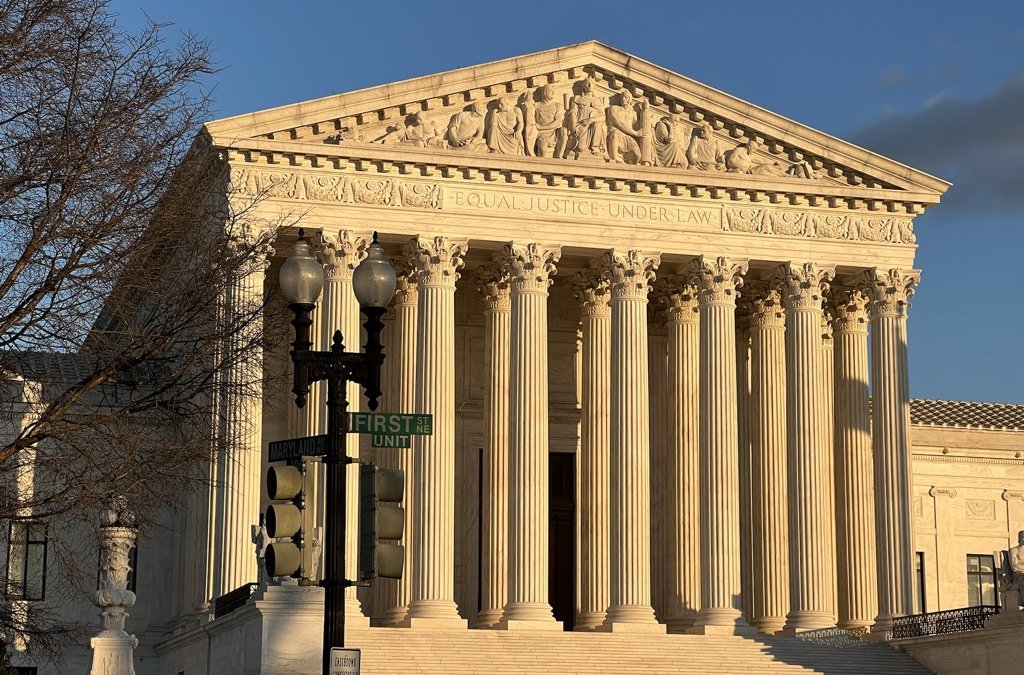 WASHINGTON – The Supreme Court heard oral arguments Wednesday in a case that hinged on whether states can step in to defend a Trump-era immigration policy that the Biden administration opted not to enforce.

“If we step back and refuse to let the trees obscure our view of the forest, we can take into account everything that happened in this situation, which seems to be quite unique,” said Justice Samuel Alito about the case, which also focuses in part on whether or not the Biden administration followed the correct procedures outlined in the Administrative Procedures Act (APA).

“I congratulate whoever it is in the Justice Department or the executive branch who devised this strategy, and was able to implement it with military precision to effect the removal of this issue from our docket and to sidestep notice-and-comment rulemaking,” Alito continued, with a note of sarcasm.

He was referring to the APA’s notice-and-comment guideline, a method to receive input from involved parties on proposed rules.

The Biden administration decided it would not defend in court the 2019 Trump-era “public charge” rule from the Immigration and Nationality Act, which stipulates that immigrants who are likely to depend on public benefits for over 12 months should not qualify for a green card.

Justice Clarence Thomas asked the attorney general for Arizona, which is leading the suit alongside several other GOP states, why they had vested interests in this specific case, and what makes this case different from other administrations who have changed their positions on policy enforcement.

“Justice Thomas, this was an unprecedented legal maneuver,” said state Attorney General Mark Brnovich, focusing on the Biden administration’s procedural decision. “What the Department of Justice did here when the administration changed is literally not only dropped an appeal when this very court had granted certiorari but then simultaneously dismissed four other appeals in the circuit courts, that were pending before the circuit courts, left in place one judgment in the Northern District of Illinois, and then used that district court decision to rescind a rule without going through the proper notice-and-rule commenting.”

But the court’s left-leaning justices focused on whether or not Arizona circumvented procedure — and standing — by seeking to intervene in a case that only concerned California. They pushed Brnovich to explain why Arizona chose to intervene in existing litigation in the 9th U.S. Circuit Court of Appeals rather than filing a suit with the 7th Circuit, which invalidated the public charge rule nationwide.

“The legal harm to you is that a rule that you think favors you was illegally rescinded. You had another jurisdiction to fight that illegal rescission, didn’t you?” asked Justice Sonia Sotomayor.

Justice Stephen Breyer zeroed in on a similar question.

“I’ve seen how Los Angeles has spread, but I don’t think it’s spread yet to Arizona,” said the retiring jurist with skepticism. “And so, there’s nothing around that actually says anybody has to do anything in Arizona. It’s in the Seventh Circuit case that you have a problem, because they have a nation-wide injunction.”

Arizona’s attorney general clarified that once the court allowed states to intervene in current litigation, they would be able to intervene in other appellate cases including the 7th Circuit where the ultimate judicial decision was made. But Justice Elena Kagan pressed Brnovich on this issue as well, siding with her left-leaning colleagues.

“I think that that’s a very reasonable position, that the government here acted in a way that you would not typically expect or want, and that it counts as an evasion of notice and comment. But if it’s an evasion of notice and comment, you bring an APA suit,” said Justice Kagan. “There’s a mismatch here between what you’re saying went wrong, and what you’re saying you want.”

Sotomayor and Breyer asked Brnovich why intervening in the Seventh Circuit was not a better possibility for their case.

“I’m so totally confused about why this suit is here,” Sotomayor said at one point.