Confederate statues endure throughout the halls of Congress 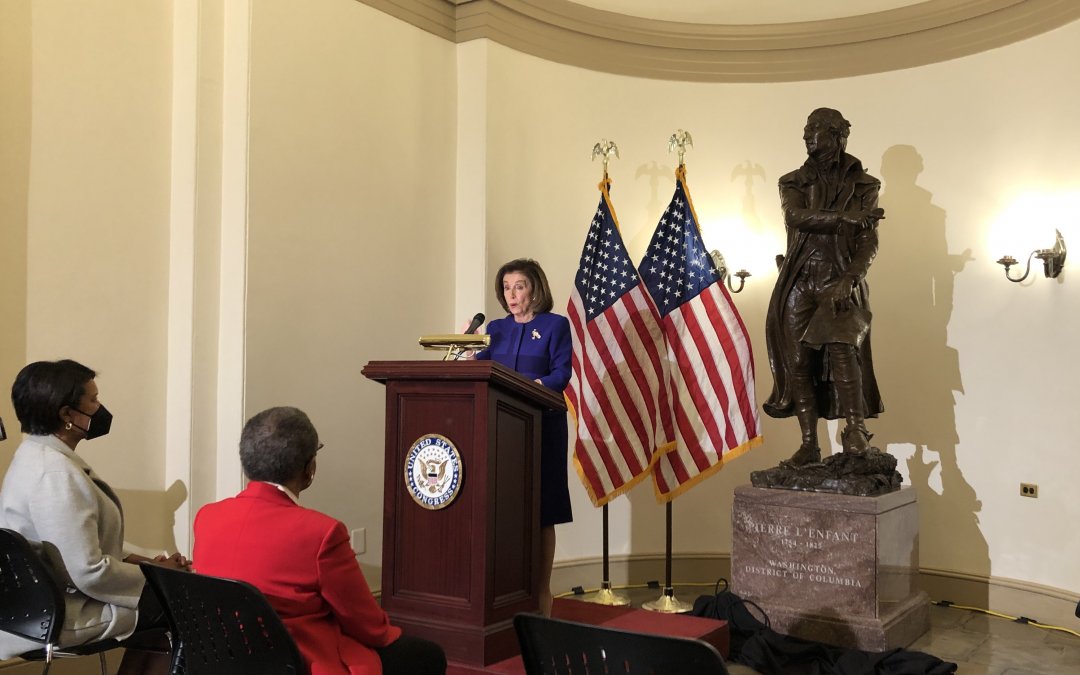 WASHINGTON — From where Rosa Parks’ statue sits in National Statuary Hall, her likeness stares at a statue of Confederate President Jefferson Davis.

A couple of statues away from her sits Confederate Vice President Alexander H. Stephens.

There are more statues of members of the Confederacy in that one room than of Black people in the entire U.S. Capitol building.

Calls to remove statues that honor the United States’ discriminatory past from public display gained traction nationwide after the 2017 white nationalist march in Charlottesville, Virginia, and were renewed in the wake of the Black Lives Matter protests in 2020, but efforts to remove Confederate statues from the U.S. Capitol have been slow.

“The U.S. Capitol building is the embodiment, I think, in most people’s minds of American democracy, ” said Vivien Fryd, professor emerita of art history at Vanderbilt University. “By having works of art that convey one strand of history that is polemic within a historical context, that’s very, very problematic.”

In June, the House of Representatives voted to remove all statues and busts that depict members of the Confederacy from public display in the U.S. Capitol for the second year in a row. The legislation also calls for the removal of a bust of former Chief Justice Roger Taney, who authored the 1857 Dred Scott decision that declared that Americans of African descent were not U.S. citizens.

“I think they should be taken down,” Sen. Elizabeth Warren (D-Mass.) told Medill News Service. “We don’t honor people who committed treason.”

There are nine statues with ties to the Confederacy in the National Statuary Hall Collection, a group of 100 statues of prominent figures in the U.S. Capitol with two donated by each state. Just one is in the process of being replaced.

“I don’t think we should be erasing our history,” Sen. Ted Cruz (R-Texas) told Medill News Service. “The history is the history of the nation.”

Kelvin Parnell Jr., a doctoral candidate at the University of Virginia, pushed back on this idea.

“Statues are not historians,” said Parnell, who studies the interrelationship between race and racialization in 19th century American sculpture. “They do not speak. They do not move. They don’t have the capacity to teach.”

Many of the works in the Statuary Hall collection, which was established in 1864, were commissioned by the middle of the 20th century. Kirk Savage, a history of art and architecture professor at the University of Pittsburgh, said this meant the art was installed in a vacuum “by and for the white elites.”

“The communities whose stories were being marginalized or erased or dishonored by these images just didn’t have a political voice. They had no voice in the process,” said Savage, who has written extensively on Civil War monuments.

Sen. Jon Ossoff (D-Ga.) said he needed to give the issue of removing Confederate statues from the Capitol “careful consideration.” One of Georgia’s statues in Statuary Hall, the statue of Stephens, would be impacted if the legislation became law.

“One of the things that I’m excited about — whether or not it replaces anything already present — is to try to find a way to get a bust or a statue of Congressman [John] Lewis into the Capitol,” the Georgia Democrat said.

Sen. Brain Schatz (D-Hawaii) declined to comment, and Sen. Rick Scott (R-Fla.) said it was a decision for the Speaker of the House. The House has already passed the legislation, which sits untouched in the Senate.

Arkansas legislators passed a law in 2019 that called for the removal of Clarke, who will be replaced by musician Johnny Cash. North Carolina’s plan to replace Aycock with evangelist minister Billy Graham was approved by the architect of the Capitol in 2021.

“These are not neutral images,” Savage said after calling the Capitol’s art “politically representative.”

“These tell stories about the people and places that make up this country, and so that’s always bound to be something that is going to be contested and controversial,” he added.

The oft-repeated refrain among the art historians is that the works of art are “deeply problematic,” but, like lawmakers, they are divided on whether they should be removed.

“They’re all really problematic, but it is our history,” Fryd said. “I think that if you erase our history, you pretend it didn’t happen. In the United States, we’re really brilliant at doing that. We whitewash history.”

Drawing a distinction between the works in Statuary Hall and other depictions of Confederates in the Capitol, Fryd said that these other depictions should stay in place to not hide history. She emphasized the importance of educating visitors about what the artwork represents.

“We all have our own personal responses to works of art that are valid,” Fryd said. “But we have to understand why those works of art exist within our so-called temple of democracy, what ideological message is being conveyed and whether or not we feel we agree with that.”

Savage called this a bad faith argument, stating that there were already a lot of reminders of U.S. history and that it was “absolutely ridiculous” to honor Confederates in the U.S. Capitol. He unequivocally said that all of these works should be removed and advocated for treating the Capitol like a museum collection with rotating works.

“It makes perfect sense just to change things periodically because we change, society changes,” Savage said. “Certainly, when it comes to things like Confederate statues, they shouldn’t be in the collection to begin with.”