Activists emphasize the importance of intersectionality in justice advocacy 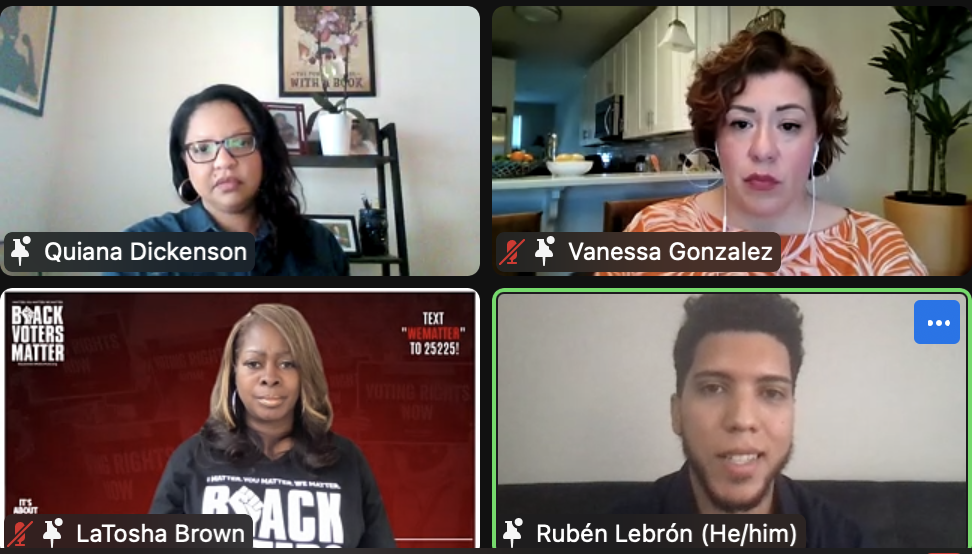 WASHINGTON — Reproductive health advocates expressed their fears about the future of abortion access at the National Organization for Women’s Racial Justice Summit recently.

“We have never been closer to losing a fundamental constitutional right,” said Alexis McGill Johnson, the Planned Parenthood Action Fund president. “Black women and women of color have been central, but they have not been centered in the movement for reproductive rights, justice and freedom.”

As lawmakers in more than 10 states work to pass legislation restricting abortion access and anti-abortion advocates hope that the Supreme Court will overturn Roe v. Wade later this year, reproductive health activists said a post-Roe world is a “scary scenario.”

“It’s going to mean a complete transformation of how communities respond to women and girls and those who are seeking abortion,” said Farah Tanis, the co-executive director of Black Women’s Blueprint. “It’s going to mean new systems have to rise up so we can take care of each other.”

Reproductive health advocates joined activists focused on the housing crisis and voting rights to discuss the intersection of these issues with racial justice at the day-long virtual summit.

“Voting rights is not just about going on Election Day and marking the ballot,” said Rubén Lebrón, the voting rights director of Building Back Together. “Voting rights is about making sure that we all have a voice in ensuring affordable housing and ensuring that women have the right to choose.”

“We know that homeownership is a central key to building intergenerational wealth, and we’re hoping this program will help to close the persistent racial wealth gap in my region but also across the country,” the Maryland Democrat said.

Advocates emphasized that people of color and people with disabilities disproportionately experience discrimination when trying to find housing. Renee M. Willis of the National Low Income Housing Coalition said that individuals with marginalized identities need to be “the architects of the solution” when addressing housing disparities because current systems are not serving them.

“I wish we could stop requiring individuals to tell their stories over and over again to determine their eligibility for key supports and services so that our systems themselves stop retraumatizing individuals,” said Maria Town, the American Association of People with Disabilities president.

Voting rights panelists repeatedly underscored the importance of voting in local elections and stated that those elections are often the ones that have the most impact.

LaTosha Brown, the co-founder of Black Voters Matter Fund, stated that women should lead the conversation to “radically reimagine every single system,” including eliminating the Electoral College and expanding the Supreme Court.

“Women have always been on the forefront of change,” Brown said. “We should look at this moment as an opportunity for us to create the democracy that’s laid out in the Constitution because it’s not been achieved yet.”