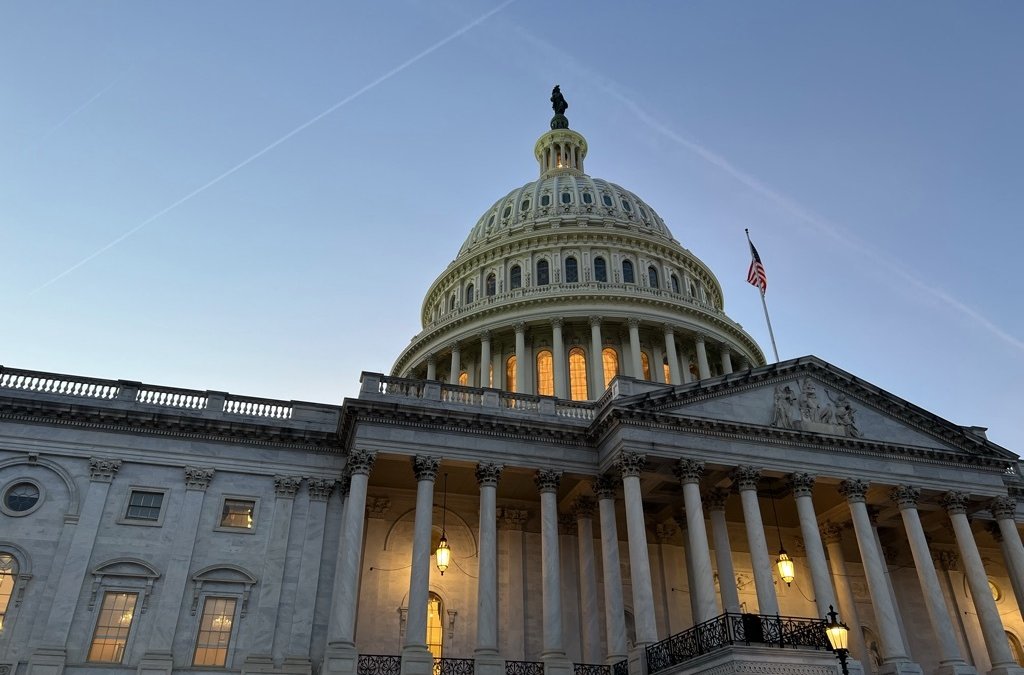 A Senate Judiciary subcommittee heard from a victim of Johnson & Johnson’s carcinogenic talc powder. Due to a loophole in bankruptcy laws, J&J is not directly liable for damages. (Zachary Miller/MNS)

WASHINGTON — March 2023. That’s when Kimberly Ann Naranjo told senators she was expected to die of mesothelioma.

“It all happened so fast,” Naranjo, a mother of seven, told the Senate Judiciary subcommittee Tuesday. “One week I was enjoying my forever home, surrounded and celebrating life with my family. The next week I was on an aggressive treatment plan in hopes to extend my life by a few months.”

For sixteen months, the Sandy, Utah, resident had used talcum-based baby powder from Johnson & Johnson, later found to contain cancer-causing asbestos. She is now a plaintiff in a lawsuit against the pharma giant.

Because of a bankruptcy trick called the “Texas Two-Step,” Johnson & Johnson is not directly liable for damages.

“There’s a larger scope for fairness here where it looks like companies are getting away with dodging real responsibilities by using complicated trickery that ordinary people don’t have access to,” said Sen. Whitehouse, D-R.I., chair of the Senate Judiciary Subcommittee on Federal Courts, Oversight, Agency Action, and Federal Rights.

Chapter 11 bankruptcy, typically called a “reorganization bankruptcy,” gives businesses an opportunity to manage out-of-control debts without losing control of their company or shutting down operations. Individuals can also file for Chapter 11, though the requirements are slightly different.

The Texas Two-Step goes like this: A company liable for damages (“GoodCo,” in the parlance of a panel of lawyers tasked with explaining the maneuver for the committee) creates a subsidiary company (“BadCo”) and transfers its own legal liability to the subsidiary.

Then, BadCo files for Chapter 11 bankruptcy. Plaintiffs suing for damages cannot recoup money from the financially healthy parent GoodCo, and are left to settle for however much cash BadCo has to offer.

In Johnson & Johnson’s case, this left 38,000 plaintiffs with just over $52,000 apiece to collect from its bankrupt $2 billion subsidiary LTL Management LLC, according to Whitehouse.

“Johnson & Johnson is worth more than $450 billion, and its credit rating is higher than the U.S. government’s,” said Kevin C. Maclay, head of the bankruptcy and complex litigation practice groups at Caplin & Drysdale.

“When the richest and most powerful corporations in the country are using the federal bankruptcy system to avoid paying the most vulnerable people in the country, something is wrong,” Maclay said.

In addition to the Texas Two-Step, recent high-profile bankruptcy cases have also shed light on the strategic use of Chapter 11 to quietly settle lawsuits while legally shielding owners, executives and insurance companies from liability.

A Department of Justice watchdog group Monday objected to a proposed $2.7 billion settlement that would give legal protections to Boy Scouts of America’s insurers and local councils. BSA filed for bankruptcy in February 2020 amid a wave of lawsuits alleging sexual abuse by troop leaders.

The Archdiocese of Santa Fe, which is three years into a bankruptcy case stemming from lawsuits alleging sexual abuse by church priests, is attempting to use Chapter 11 proceedings to shield information about their insurers from public view. Victims’ attorneys say the insurance was sought as far back as the 1990s to secretly prepare for abuse lawsuits.

A bankruptcy judge in White Plains, New York, in 2019 halted thousands of lawsuits against OxyContin maker Purdue Pharma for the company’s role in the deadly opioid epidemic. A 2020 settlement agreement that shielded executives from criminal charges was struck down by an appeals court in December 2021.