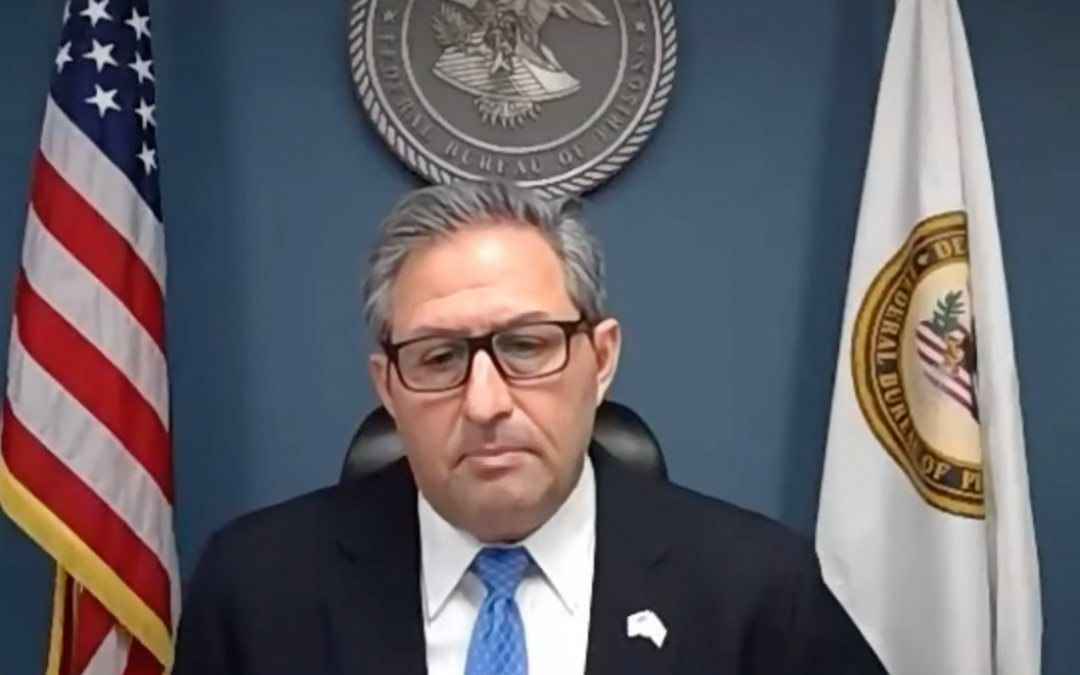 WASHINGTON — Lawmakers challenged Federal Bureau of Prisons Director Michael Carvajal on his agency’s handling of the coronavirus during a House judiciary hearing on Thursday.

“The BOP has failed to effectively utilize its authority to request compassionate relief for inmates. I think they’re just waiting for someone to die,” said Chairwoman Sheila Jackson Lee (D-Texas).

Carvajal disputed the criticisms leveled against him from Jackson Lee, other Democrats and some Republicans on the committee.

“We have been in lockstep with the [Centers for Disease Control and Prevention] and other entities from day one,” said Carvajal, who resigned in January but will remain in charge until a successor is chosen after he was scrutinized for low staffing levels, dozens of escapes and the federal prison system’s coronavirus outbreak. “We’re doing the same thing that everyone else in the country and the world is doing, we’re learning how to mitigate this virus.”

In March 2020, Congress passed the CARES Act, which gave the BOP the ability to expand home confinement eligibility. More than one in three federal inmates has tested positive for COVID-19, according to agency data.

“My colleagues across the aisle are calling for more inmates to be released regardless of their crime or prison sentence,” ranking member Andy Biggs (R-Ariz.) said. “Democrats on this committee want to open the jails and defund the police. They’re turning a public health crisis into a public safety crisis as well.”

Rep. Karen Bass (D-Calif.) said the CARES Act was meant to “address the COVID epidemic within our prison system.”

“It was for incarcerated persons who met a number of criteria to demonstrate a low risk of re-offense, as opposed to the way it was described a few minutes ago: Democrats asking for the prison doors to just be opened up indiscriminately,” said the California Democrat.

Carvajal focused on the difference between transferring an inmate to home confinement and compassionate release.

“Compassionate release is a separate entity. The BOP does not hold the authority to independently release someone from our custody,” he said.

“We appreciate the ability under the CARES Act to transfer people out because we were able to lower our population,” Carvajal said.

Several GOP members of the committee referenced the Capitol riot with Rep. Gregory Steube (R-Fla.) questioning Carvajal on the conditions of Jan. 6 inmates at the Washington D.C. jail compared to federal prisons. Carvajal referred him to the district’s Department of Corrections.

“I’m not going to comment on what another correctional agency does without knowing all the information,” Carvajal said, adding that the BOP currently holds 19 Jan. 6 inmates, eight of whom are pretrial. “I just stress to you that in the BOP, which is who I represent, everyone has equal access to medical care programs and community placement.”

Education and job training programs in prisons united Republicans and Democrats on the committee.

“We all understand that there are some people who need to be locked up, but we also understand that many of them will integrate back into society, and it is incumbent upon us to make sure that they have the training, tools, techniques that they need to be successful,” Rep. Val Demings (D-Fla.) said.

She asked how Congress could be a better partner in helping incarcerated people re-enter society.