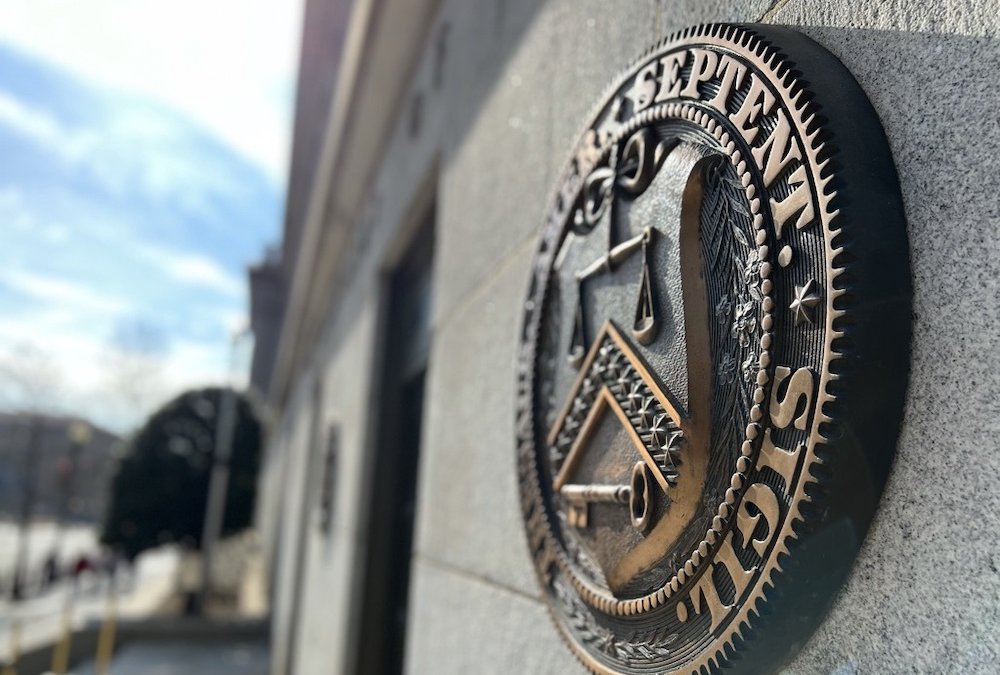 The official seal of the U.S. Treasury. Congress has raised or suspended the Treasury’s debt limit 78 times since 1960. (Zachary Miller/MNS)

WASHINGTON – The federal debt ceiling has caused headaches for decades. Now, House Democrats are considering the value of doing away with it altogether.

“The debt ceiling has become a political weapon used to extract concessions, or more recently, simply score political points,” Louise Sheiner of the Brookings Institution told the House Committee on the Budget Wednesday.

Last December, amid a protracted fight over government funding and Democrats’ Build Back Better plan, 209 House Republicans and 49 Senate Republicans voted against raising the debt ceiling.

“America is one of the few countries in the world that has a debt limit, and none of them go through the crisis we do,” said House Majority Leader Steny Hoyer (D-Md.). He added, “Weaponization of the debt limit puts our country at risk.”

The national debt is really a collection of interest-bearing bonds issued by the U.S. Treasury, commonly known as “Treasuries,” and can be purchased here by anyone with at least $100 to invest.

Roughly one-third of these bonds are held by governments, investors and sovereign wealth funds outside of the U.S. Twenty-six percent are owned by government agencies. The rest is held by U.S. citizens, banks and corporations.

Treasury bonds are regarded as the safest investment in the world. The thinking goes: the U.S. is a currency-issuing government, and there is nothing preventing it from creating new dollars to pay off its debt. By definition, it should always have enough dollars to pay off its loans because it can just make more. Therefore, the risk to the bondholder of not being paid back is zero.

But the federal government is legally only allowed to take on so much debt at a time. The cap — currently set near $31.4 trillion — is known as the “debt ceiling.” If U.S. debt exceeds that ceiling without an extension from Congress, the Treasury will have to stop making basic payments.

“The debt ceiling is not the amount of money we can spend… it’s the amount we already owe,” said Rep. John Yarmuth (D-Ky.). “You cannot reduce the national debt by failing to raise the debt ceiling, and we have a hundred years of evidence of that.”

The price that lenders are willing to pay for Treasury Bonds directly affects all other interest rates. Defaulting on government debt would quickly send bond prices into disarray. Stocks, commodities, property values and savings accounts in the U.S. could all be put in jeopardy.

To avoid defaulting on debt payments, the government would need to immediately slash spending by 40%, according to a committee report.

“This would include payments to Social Security, Medicare, Medicaid, nutrition benefits, military salaries and retirement, defense contractors, law enforcement, unemployment insurance and others,” the report states.

The report goes on to claim that even a short default would be felt for years. “Families would suffer from lost benefits and increased prices, and markets would likely take years to restabilize. Simulations predict that a brief default would lead to millions of jobs lost, with Great Recession-levels of job loss projected in a long impasse.”

“Debt limit negotiations [have] given us real checks on government spending,” Rep. Jason Smith (R-Mo.) said. “If the debt limit didn’t exist, or was raised to a gazillion dollars, as the chairman has suggested in the past, Washington Democrats would spend without end.”

The ceiling has been raised or suspended many times, under both Republican and Democratic Congressional majorities.

Smith cited rampant inflation, which he claimed is more pronounced in rural areas, as an example of why Congress needs a cap on spending.

“This would severely undermine, if not destroy, the power of the purse… It would let Congress take credit for spending without being accountable for the debt it creates,” Smith said.

Former Office of Management and Budget Director Mick Mulvaney, who served as President Trump’s acting chief of staff from 2019 until 2020, argued that the debt limit rule was “not broken,” pointing out it facilitated necessary conversations.

“How often would you, as members of Congress, be talking about the debt and the deficit if not for the debt ceiling? I can’t remember it ever coming up on the floor of the house when we were there [other than ceiling discussions],” said Mulvaney, previously a four-term member of Congress from South Carolina.

Hoyer called the debt limit “dangerous” and “such a tempting hostage.”

“The serious threat of a potential default in 2011 caused Standard & Poor’s to downgrade America’s credit rating for the first time, based on its assessment that our political dysfunction could inadvertently trigger a financial catastrophe,” Hoyer said. “Sadly, I share that assessment.”