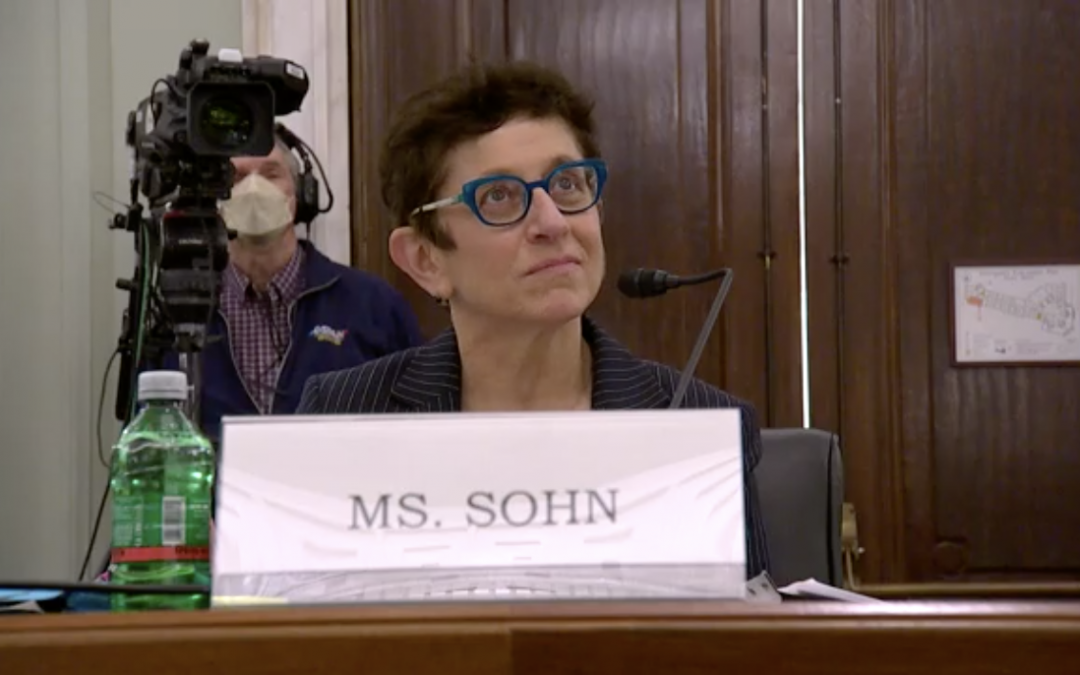 WASHINGTON — Gigi Sohn told sometimes skeptical lawmakers on Wednesday that recusals from issues relating to retransmission fees and television broadcast copyright would not hinder her ability to serve on the Federal Communications Commission.

“It’s a voluntary, narrow and temporary recusal, and it will have, in my opinion — and I’m happy to answer questions about this — very, very little impact on my ability to be a commissioner,” said Sohn, who had previously pledged to recuse herself from policies she addressed 12 years ago as a consumer advocate as well as issues related to a non-profit television streamer she has ties to.

“I did it because I thought it was the right thing to do,” said Sohn, appearing for her second hearing before the Senate Commerce Committee after being first nominated in October.

Whether the committee approves Sohn and sends her nomination to the full Senate remains uncertain. A committee vote was supposed to happen last week, but the vote was delayed after Sen. Ben Ray Luján (D-N.M.) suffered a stroke. His vote is needed due to strong Republican opposition.

“The public deserves a regulator they can trust to be impartial in all matters as well as one who can actually do the job for which she was nominated,” said ranking member Roger Wicker (R-Miss.).

Republicans pressed Sohn, who was a board member of Locast, on her answers to questions at her last nomination hearing about the nonprofit’s settlement. Sohn was not individually liable under the agreement, which was reached after Locast was found guilty of violating copyright laws.

Sen. Roy Blunt (R-Mo.) asked whether she would “at least acknowledge that your answer was evasive?”

Democrats came to the nominee’s defense with Sen. Ed Markey (D-Mass.) asserting his “supreme confidence” in Sohn and stating that her experience “makes her eminently qualified.”

“The reason you’re here is bigger than you. It’s part of an effort to deadlock, disarm and disable the FCC,” said Sen. Richard Blumenthal (D-Conn.).

The delay in Sohn’s confirmation prevents the FCC from moving forward with net neutrality protections, a major priority of the Biden administration. The FCC commissioners are at a stalemate, so a third Democrat is needed for these protections to pass.

Sen. John Thune (R-S.D.) referenced Sohn’s past comments on conservative media, including a tweet that described Fox News as “state-sponsored propaganda,” calling them “attacks.” He questioned her ability to stay impartial.

“That was said as a public advocate and a private citizen,” Sohn said. “I kind of wish my tone was a little less sharp. In fact, I don’t kind of wish, I do wish, and it would have no bearing on any proceeding that would come before me at the FCC.”

Blumenthal asked Sohn to “commit to [approving] a consumer protection law against those robocalls and robotexts if you are confirmed?”