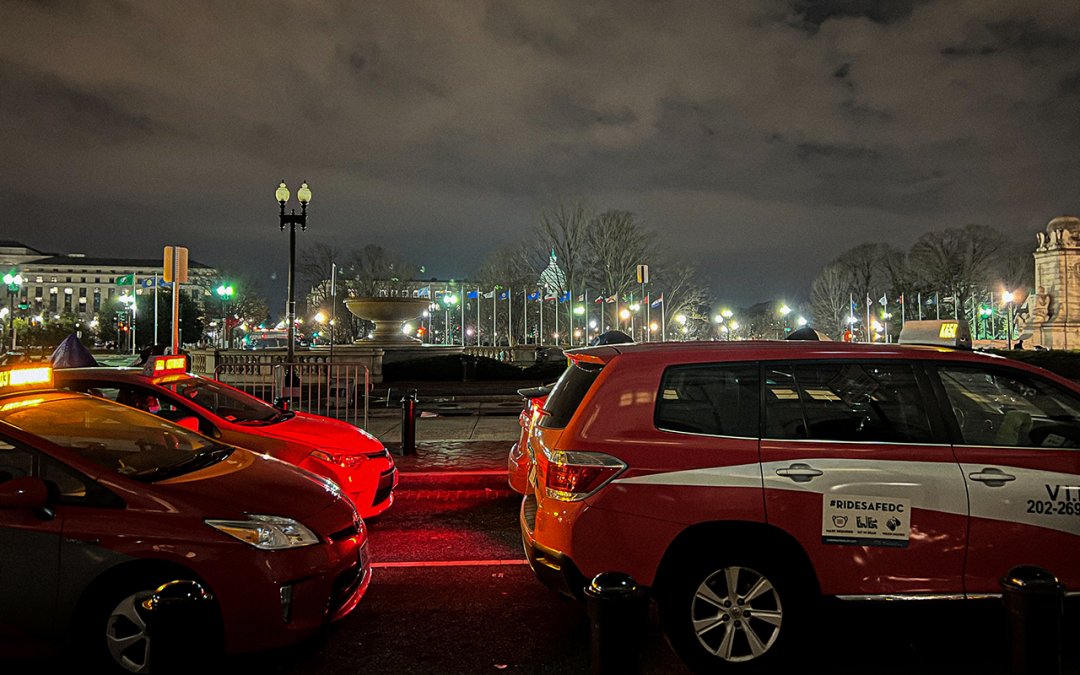 With billions of dollars on the line, several tech giants are hoping Congress won’t pump the brakes on plans for driverless taxi networks. (Zachary Miller/MNS)

WASHINGTON – Automated Vehicles (AVs) are poised to overhaul supply chains and taxi networks, and potentially displace hundreds of thousands of workers. But Congress has yet to give concrete guidance on how regulators should react.

“It shouldn’t be done state by state, it needs to be done federally, and we need to get it right,” Rep. Peter DeFazio (D-Ore.) remarked, adding that the AV market poses a “tremendous challenge” to regulators.

Lawmakers on the House Highways and Transit Subcommittee Wednesday heard from union leaders, transportation experts and AV company representatives on how this new technology would affect the public. The House previously passed a bill in 2017 that would have regulated self-driving vehicles, but the effort stalled in the Senate.

Rep. Rodney Davis (R-Ill.) cited data that 38,680 people died in car accidents in 2020. “According to the Department of Transportation, 94% of serious crashes are due to human error,” he said in opening remarks. “Maybe technology would increase safety and save lives.”

“The simple fact is that AVs do not drive drunk, they do not drive while texting, they do not fall asleep at the wheel, and they do not recklessly speed,” Ariel Wolf told the committee. Wolf is general counsel of the Autonomous Vehicle Industry Association, which represents more than a dozen corporations developing self-driving technology.

Wolf said he looked forward to autonomous vehicles making roads safer for his daughters and grandmother.

“Advocates is deeply concerned about the rush to deploy under-tested, unproven and unsafe autonomous vehicles… while overlooking the need to advance current life-saving solutions,” she said.

“It almost seems like a week doesn’t go by without announcing an accident, a computer-triggered accident, with the testing of these vehicles. They’re not ready for primetime,” John Samuelsen, international president of the Transport Workers Union of America, told MNS.

According to Samuelsen, the Transport Workers Union represents 155,000 workers across air, public transit and rail sectors whose jobs are directly threatened by the automation push. Samuelsen asked the committee to fight for those jobs.

In an interview with MNS, Samuelsen said that, during the Sept. 11 attacks, train and bus operators worked tirelessly to bus thousands of people out of Manhattan — sometimes against the direct orders of bosses.

“The robot would have froze, that’s what the robot would have been programmed to do,” Samuelsen said. “[Drivers] actually dropped people off at hospitals and headed right back into the danger zone, with buses loaded with first responders that had no way to get down there.”

“Before deregulation in the ‘80s, driving a truck was a good middle class job,” Bloch said. “But in very little time trucking devolved to one where misclassified independent contractor drivers work an average of over 60 hours a week, in many cases, making less than minimum wage.”

“Automation offers an answer to a driver retention problem that the industry itself created,” he said.

The race is on among giant tech companies to get automated vehicles onto the streets. (Or, in the case of some ambitious ventures like Kitty Hawk, into the air.)

Tesla Motors, which briefly surpassed the trillion-dollar valuation mark in October, plans to have fully self-driving passenger vehicles on the road this year, according to CEO Elon Musk. Musk said he has dreams of borrowing customers’ cars for an autonomous taxi network when they would otherwise be sitting in the driveway unused.

The technology is close at hand, but not quite ready. Last week, Tesla recalled nearly 54,000 vehicles that don’t fully stop at stop signs.

Uber is also eyeing plans to replace their fleet of independently contracted drivers with algorithms. The rideshare giant owns roughly 26% of AV developer Aurora Innovation after selling the startup its own self-driving division in late 2020, alongside a cash investment of $400 million.