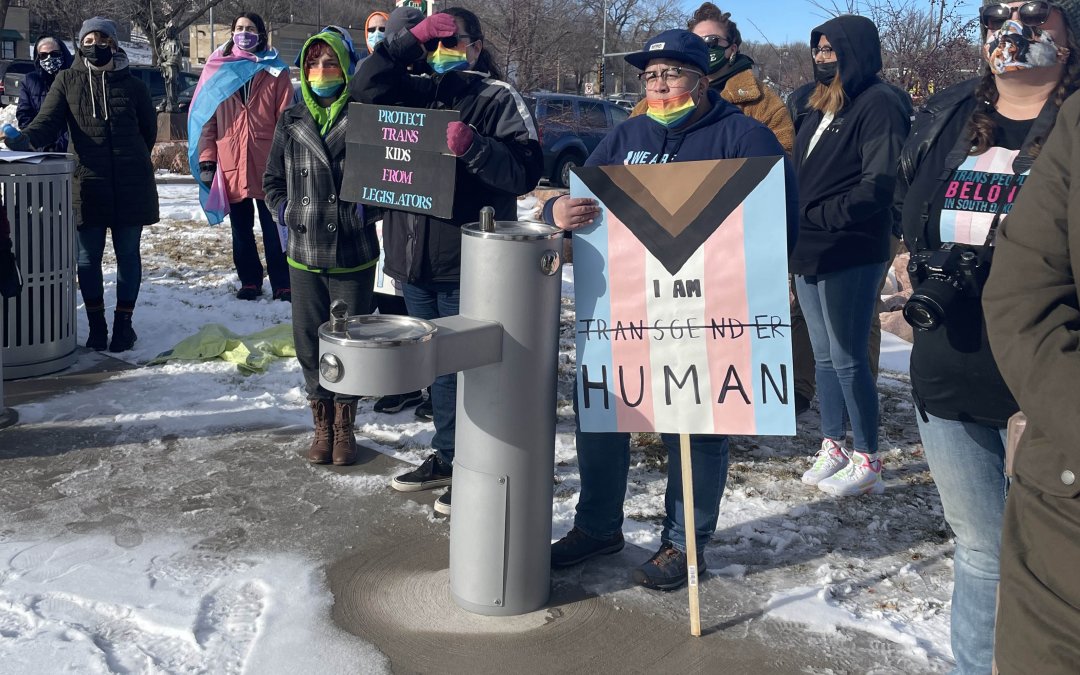 WASHINGTON — Less than a month into the new year, the South Dakota Senate passed an anti-transgender measure, an early indication that the record-number of similar bills introduced or signed into law nationwide last year may continue, according to experts.

“It is alarming,” Vivian Topping, director of advocacy and civic engagement at Equality Federation, an advocacy network for LGBTQ+ organizations, told Medill News Service. “Just this bill being introduced in a state sends a message to transgender youth that they are not welcome in the state.”

The bill, which would mandate a student be biologically female to play on any team, sport or event for females, women or girls, is titled “protect fairness in women’s sports” on the South Dakota Legislature’s website.

“It’s not a pro woman bill, it’s an anti-transgender bill,” said Shannon Minter, legal director of the National Center for Lesbian Rights, or NCLR. “But it’s just a politically strategic and calculated name to kind of obscure what it’s really doing, which is harming and targeting a very vulnerable group of kids.”

Trans rights advocates say the bill — and two other proposed measures, one also focused on trans athletes in school and the other limiting bathroom access to sex assignment — is far from fair. But they say South Dakota is just one of numerous states attempting to pass anti-trans measures; and it isn’t the only Republican-led state to do so.

“From 2019 to now, we’ve had a roughly eight times increase in anti-trans legislation,” Topping said.

The Transformation Project, a nonprofit LGBTQ+ advocacy group in South Dakota, hosted a webinar on Wednesday to unpack the rise of anti-trans legislation targeting trans youth.

A few days into the 2022 legislative session, legislators from at least six other states — Arizona, Indiana, Kentucky, Missouri, Oklahoma and South Carolina — have introduced bills specific to trans and non-binary youth sports participation.

And in Alabama, Arizona and Ohio, state lawmakers have already filed measures that would inhibit high-quality health care for trans and non-binary youth.

In fact, the 2021 legislative session saw a record high number of anti-trans bills introduced and passed throughout the United States, according to the Human Rights Campaign (HRC), a LGBTQ advocacy and lobbying group. Legislators from 34 states proposed a combined 147 anti-transgender bills. Of these 147, 13 bills became law by the end of the 2021 legislative sessions, as reported by the Human Rights Campaign’s State Equality Index.

“These bills are not addressing any real problem, and they’re not being requested by constituents,” said Human Rights Campaign President Alphonso David last March. “Rather, this effort is being driven by national far-right organizations attempting to score political points by sowing fear and hate.”

TENNESSEE: GOP Gov. Bill Lee signed a bill with an amendment to prevent hormone treatment prescriptions for trans minors who are pre-puberty. Tennessee became the second state to do so.

GEORGIA: A legislative measure suggested that students wishing to play on sports teams should be mandated to provide details of their “reproductive organs, genetic makeup, and other medically relevant factors.” Republicans are also in the majority in the state’s House and Senate.

According to the same USA Today article, there were around 80 proposals nationwide in 2021 specifically targeting trans athletes in school sports.

But in the South Dakota House State Affairs Committee’s hearing Wednesday morning, Gov. Kristi Noem’s Interim Chief of Staff Mark Miller, described trans youth’s participation in school sports as “sort of like terrorism.” Miller added, “You see it over there and don’t want it to get to here.”