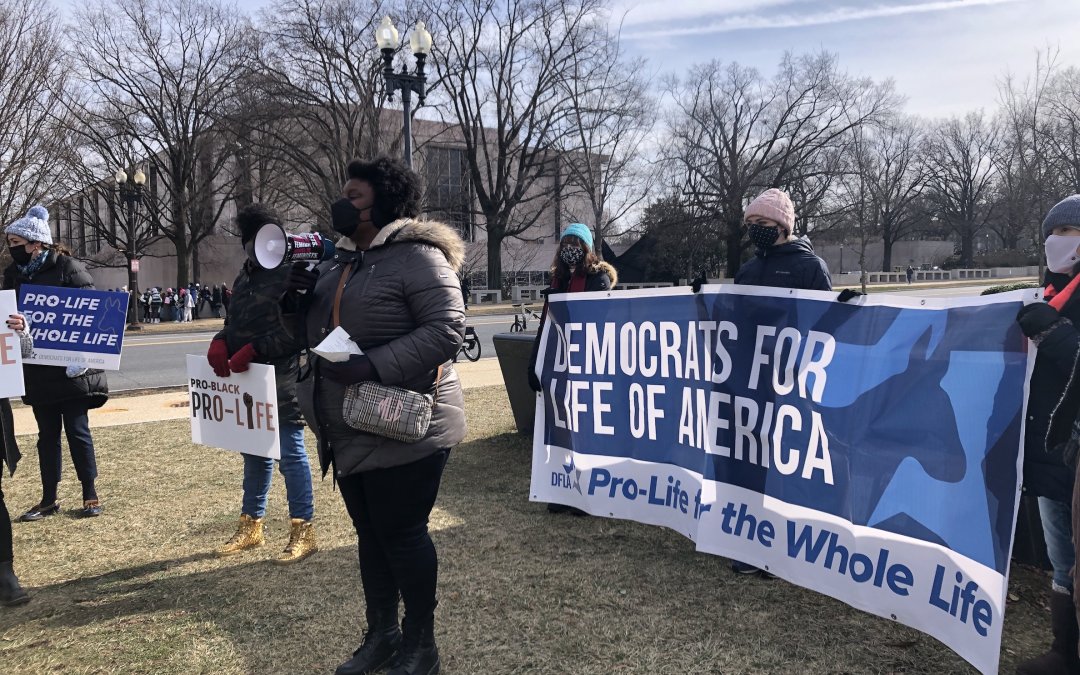 Marcia Lane-McGee, vice president of New Wave Feminists, shares how she felt she had no choice but to give her child up for adoption at the Pro-Black Pro-Life meet-up. (Shannon Coan /MNS)

WASHINGTON — As thousands of anti-abortion advocates descended on the National Mall Friday morning, two smaller groups gathered to offer an alternative message for what they called a more “diverse coalition of pro-life activists.”

“If we’re saving a child in the womb, but they’re dying at the border, they’re dying from police brutality, they’re dying from these issues that are affecting so many of us here in the States and beyond, then are we truly pro-life?” said Destiny Herndon-De La Rosa, the founder and president of New Wave Feminists. “We’re not the anti-abortion movement, we’re the pro-life movement.”

The two smaller rallies, organized by Rehumanize International and Pro-Black Pro-Life respectively, coincided with the March for Life, an annual protest on the anniversary of the 1973 Roe v. Wade decision that legalized abortion. This year’s march comes as the Supreme Court deliberates on the legality of a Mississippi law that bans most abortions after 15 weeks of pregnancy, which anti-abortion advocates hope will be used to overturn Roe.

“Violence, like abortion, is not solely an individual experience, but a communal trauma that touches everyone,” said Aimee Murphy, the founder of Rehumanize International. “The trauma of abortion impacts all of us. Approximately one-quarter of my generation is missing – even more disabled people and folks from low-income households should be part of my generation.”

Organizers from Rehumanize International, the Progressive Anti-Abortion Uprising and Take Feminism Back as well as Mayra Rodriguez, the former director of three Planned Parenthood clinics in Arizona turned anti-abortion advocate, spoke to a crowd of around 50 progressive anti-abortion activists before the speeches on the main stage. 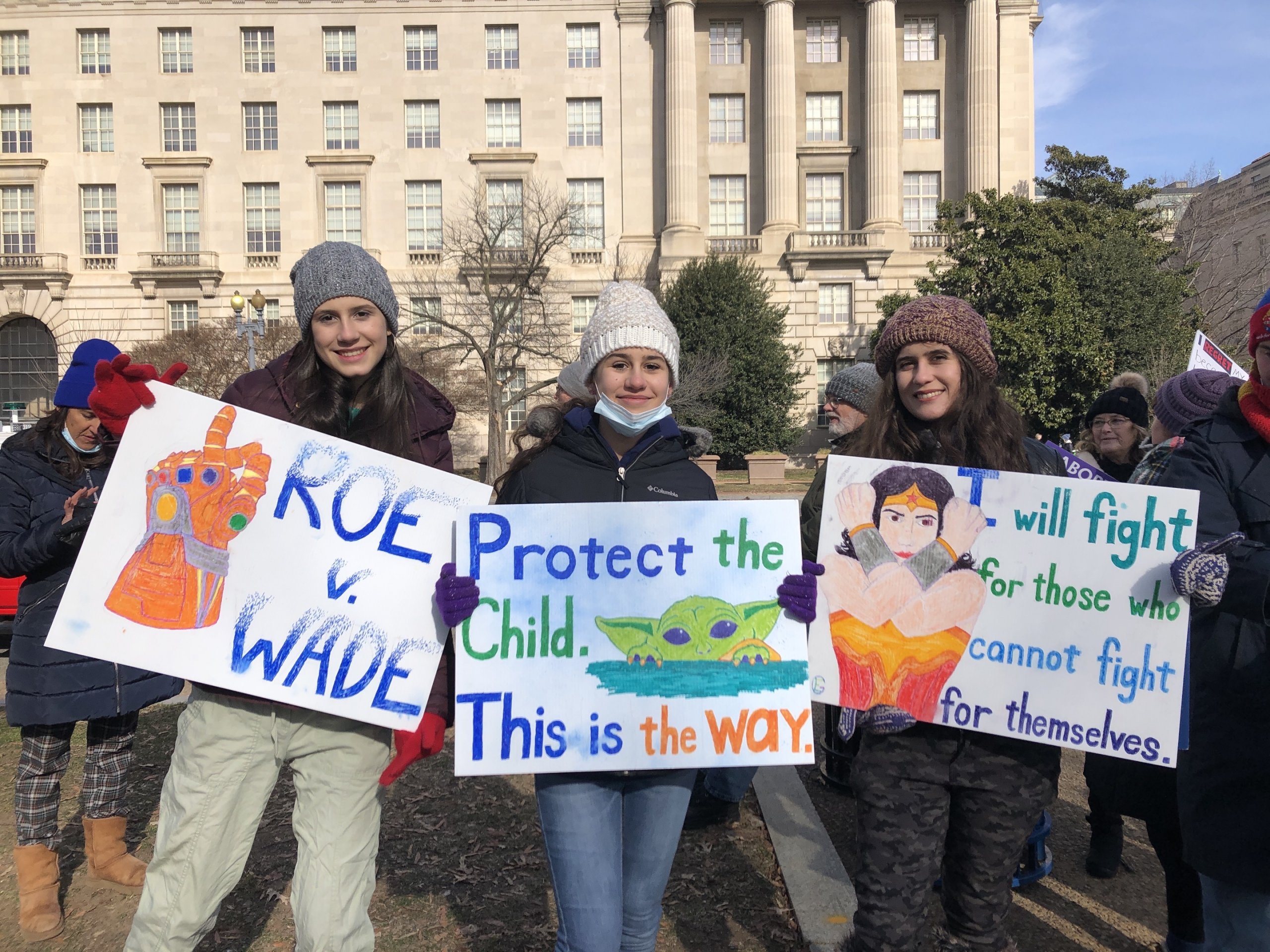 As the speakers on the main stage expressed their hope that the next March for Life would celebrate the end of Roe, around 20 members of Democrats for Life and New Wave Feminists joined Pro-Black Pro-Life to listen to their own set of speakers who explained practical ways they can make a difference in their communities. This stands in contrast, they say, to the focus on donating and voting for certain candidates that are present during the main march.

“Our focus is not necessarily making abortion illegal, it’s making it unnecessary and unthinkable,” Herndon-De La Rosa said. “You do that through resourcing women incredibly well, building these structures and communities that support family and then humanizing the unborn child in the womb. That’s a very different rally than one that’s more politically oriented.”

Both groups hoped to provide a space for individuals that don’t fit the traditional mold of an anti-abortion advocate before joining the main march to the Supreme Court.

“Representation is really critical to mobilizing and that’s why we come together to help give each other that voice to say, ‘You aren’t alone. You don’t have to be afraid,’” said Terrisa Bukovinac, the founder and executive director of the Progressive Anti-Abortion Uprising. “It’s the left-leaning, secular voices and the movement that are ultimately going to be able to help usher in a victory for the unborn.”

This year’s March for Life theme was “Equality begins in the womb,” an idea the Pro-Black Pro-Life meet-up played off of with their own theme: “Equity for women leads to equality in the womb.”

“That is a great goal to have, but it’s also not true. Until you can make sure that I get what I need, there’s no talk of equality because we’re not starting at the same place,” said Marcia Lane-McGee, vice president of New Wave Feminists. “We have to recognize that as a movement — as a people — and we have to start asking this question. We have to start saying, ‘what do you need?’ and we have to be prepared to follow up with it.”