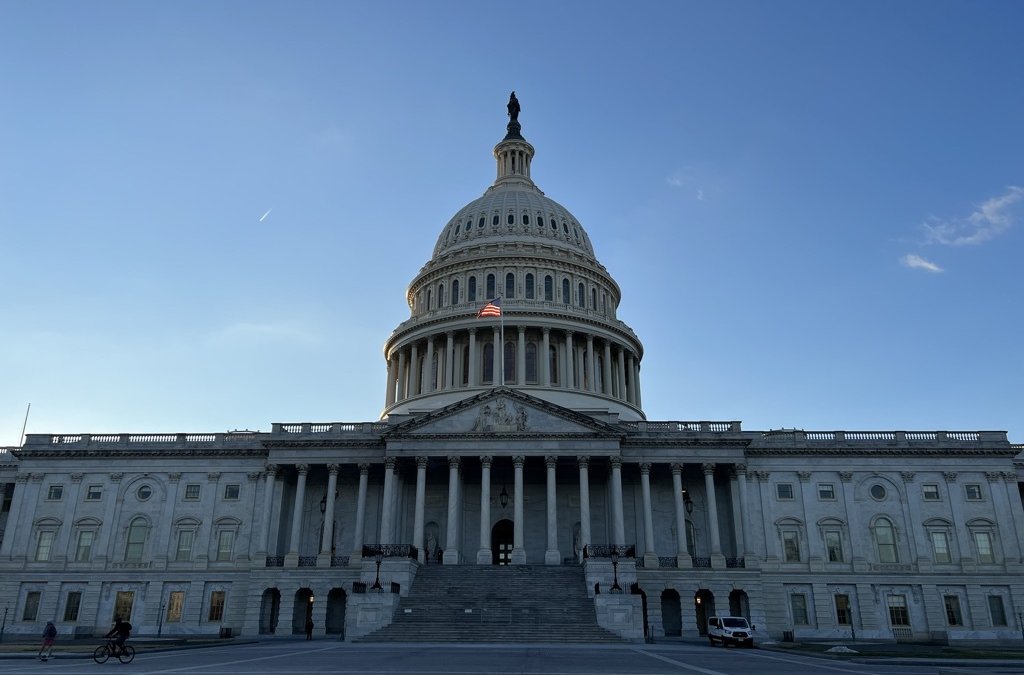 WASHINGTON — Although the largest blockchain products have drawn investment toward renewable power sources, their energy footprint is massive — and growing — according to new data that lawmakers grappled with at a Thursday hearing.

“According to one estimate, 2021 carbon emissions from Bitcoin and Ethereum crypto mining were 78.8 million tons of carbon,” said House Energy and Commerce Chairman Frank Pallone (D-N.J.). “Roughly equivalent to the tailpipe emissions of more than 15.5 million gasoline cars on the road.”

At issue is a type of algorithm called “proof-of-work,” which many blockchain networks use to verify and log transactions. The algorithm is designed to process transactions at a set speed no matter how much computing power is spent, and does so by gradually making the underlying calculations more difficult and energy-intensive.

Since rewards for “miners” who contribute computing power are so plentiful (equivalent to more than $250,000 every 10 minutes globally, just on the Bitcoin network) the amount of computing power devoted to mining has been racing steadily upwards, with no real value being added for people who use the currency.

Pallone added that as of 2022, the estimated energy required to process each Bitcoin transaction could power a typical American home for more than 70 days.

In Defense of Consumption

“The requirement of energy expenditure is one of the features that allow Bitcoin in particular to maintain a credible monetary policy,” Bitfury CEO Brian Brooks told members of the Subcommittee on Oversight and Investigations.

Brooks rejected the idea that a more versatile “proof-of-stake” algorithm, which has been implemented successfully among other cryptocurrencies, would be worth the energy savings, on the grounds it may be less secure. Based in the Netherlands, Bitfury is one of the world’s largest crypto mining hardware manufacturers.

Ranking member of the Oversight and Investigations subcommittee H. Morgan Griffith (R-Va.) pointed out that there may be benefits to having energy-hungry electricity buyers like crypto miners to consume electricity during hours when surplus electricity is available, and switch off during peak demand times.

“For example, cryptocurrency mining companies in Texas are enrolling in programs with ERCOT to become a controllable-load resource,” Griffith said, referring to the Lone Star State’s non-government electric grid manager. “This can provide stability to a grid, as well as lower prices for other customers.”

Steve Wright, former CEO of the Chelan County Public Utility District in Washington state, in 2014 noticed an influx of cryptocurrency miners coming to take advantage of his county’s high-speed internet and cheap electricity.

In the years that followed, the practice put tremendous stress on Chelan’s power grid.

“In one instance overloaded distribution infrastructure led to a fire in a vacant lot bordered by residential dwellings,” Wright told the committee in an opening statement.

He described a hazardous instance, one of several in the county, where someone had packed an apartment unit full of computers for Bitcoin mining and walked away, operating the machines remotely.

“Whether cryptocurrency’s value to society is sufficient for a community to want mining operations based in their area was debated in Chelan County and at best left many of our customer-owners perplexed,” Wright said.

Lawmakers on Thursday showed no appetite for crackdowns.

“Blockchain and cryptocurrency technology bring enormous promise, and this hearing is not meant to stifle that promise or discourage innovation,” Pallone assured the room. “But we do want to examine the potential cost of the crypto mining industry, and what can be done to address those impacts.”