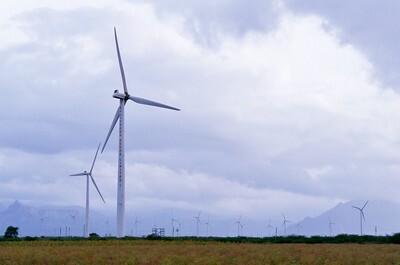 “There isn’t one silver bullet to solve the current climate crisis, but through innovation and bold action we may yet be able to preserve our planet and future,” said coalition member Rep. Kim Schrier (D-Wash.) in a statement.

Schrier, along with more than 70 House Democrats advocating for environmental reform, unveiled the special panels to address climate change’s intersection with agriculture, national security and energy.

Schrier co-chairs the coalition’s Climate and Agriculture Task Force, which will focus on the upcoming reauthorization of the Farm Bill, directing food and farm policies. The previous measure, the Agriculture Improvement Act of 2018, will expire in 2023.

The task force is expected to engage American farmers in discussion on climate issues so that next year’s bill reauthorization is as climate-friendly as possible.

Ten percent of U.S. greenhouse gas emissions in 2019 came from agricultural activity, according to data from the Environmental Protection Agency. These emissions come from both livestock and nitrous oxide-producing fertilizers.

“As an organic farmer for more than 40 years, I know that farmers can be some of the strongest allies in the fight against climate change,” co-chair Chellie Pingree (D-Maine) said in the release.

The coalition’s task force centering clean energy in the U.S. power sector will work to build on November’s Bipartisan Infrastructure Deal and continue to push for the House-passed Build Back Better Act.

President Biden signed an executive order in December directing the federal government to achieve a carbon pollution-free electricity sector by 2035 and a net-zero emissions economy by 2050.

Illinois representatives and task force co-chairs Sean Casten and Raja Krishnamoorthi will lead the group in identifying steps needed to reach this goal.

“Having come to Congress after two decades helping companies profitably reduce emissions in the private sector, I know first-hand that you can expand access to cleaner, cheaper energy, create jobs, and lower carbon emissions at the same time,” Casten said in a statement.

The task force will specifically examine how to expand transmission systems, which can deliver renewable energy across the country to areas without clean energy resources.

The coalition’s final new task force will address how the U.S. military can become more resilient in the face of climate crises.

“There are direct risks to U.S. national security infrastructure, whether it’s military bases on the Gulf Coast that have faced billions of dollars of damage from hurricanes in recent bases, or bases in California that have to evacuate due to wildfires or curtail training days,” climate expert Erin Sikorsky told Medill News Service.

Sikorsky is the director of both the Center for Climate and Security and The International Military Council on Climate and Security. She identified climate change’s contribution to political instability in countries across Sub-Saharan Africa, Middle East and South Asia.

The special panel will prioritize reducing U.S. armed forces’ emissions given that military pollution makes up about 56% of federal emissions overall, according to Biden administration estimates.

Sikorsky highlighted President Biden’s December executive order, which requires the Defense Department to move to an all-electric fleet by 2035.

“Congress has a big role to play in this, because an executive order can be overturned by a new president,” she said. “One thing this task force could do is provide oversight of the many climate security provisions that have been in previous Defense Authorization Acts, making sure that the federal agencies are implementing them.”