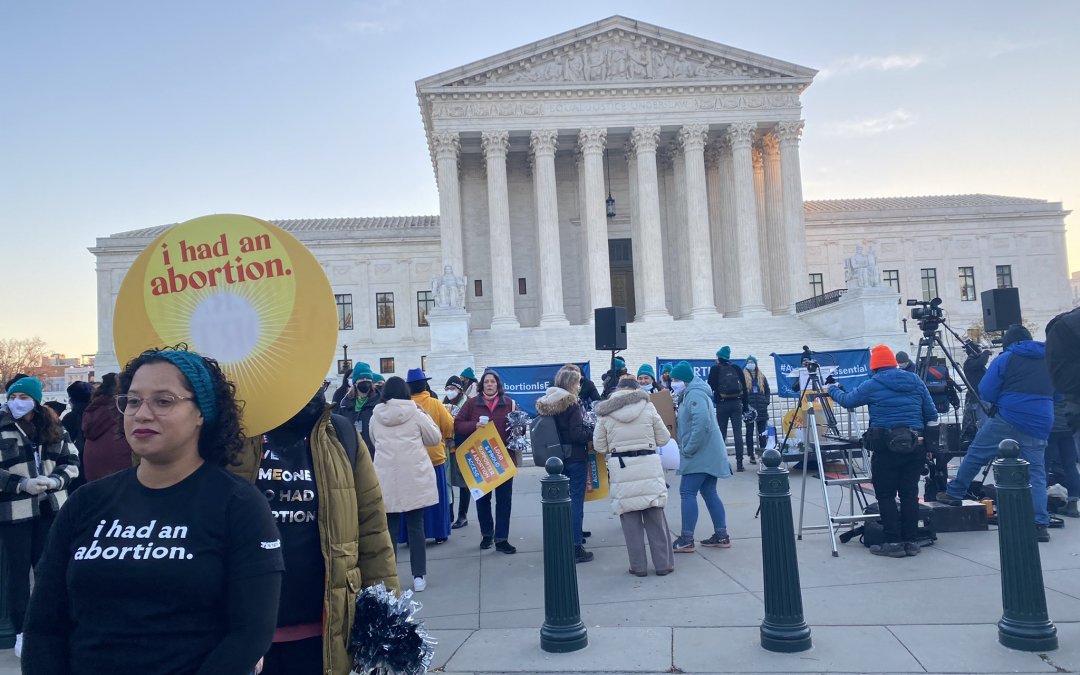 Before the oral arguments, pro- and anti-abortion rights protesters gather in front of the Supreme Court. (Christina Van Waasbergen/MNS)

WASHINGTON – A lawyer for Mississippi Wednesday urged the Supreme Court to overturn Roe v. Wade, arguing it has no constitutional basis, but lawyers for the federal government and an abortion clinic challenging the state’s ban on abortions for women who are more than 15 weeks pregnant said such a ruling would deprive women of a fundamental liberty.

Mississippi Solicitor General Scott Stewart said the court should overturn Roe, which held there is a constitutional right to abortion up to the point of fetal viability, and the subsequent Planned Parenthood v. Casey decision, which held that pre-viability abortion restrictions must not place an “undue burden” on those seeking abortions. He said that the court should give the issue back to the people to decide.

“Roe v. Wade and Planned Parenthood v. Casey harmed our country,” Stewart said. “They have no basis in the Constitution.”

The abortion clinic, Jackson Women’s Health Organization, is challenging a 2018 state law that would prohibit abortions after 15 weeks of pregnancy except in the case of medical emergencies or severe fetal abnormalities.

“For a state to take control of a woman’s body and demand she go through pregnancy and childbirth with all the physical risks and life-altering consequences that brings is a fundamental deprivation of her liberty,” said Julie Rikelman, litigation director of the Center for Reproductive Rights, who represented the clinic.

“Will this institution survive the stench that this creates in the public perception that the Constitution and its reading are just political acts?” Sotomayor asked. “I don’t see how it is possible.”

Justice Neil Gorsuch similarly asked U.S. Solicitor General Elizabeth Prelogar, who also argued in support of the clinic, if the Court were to throw out the viability standard whether there was another standard that could be appropriate.

“I don’t think there’s any line that could be more principled than viability,” Prelogar said. “I think the factors the court would have to think about are what is most consistent with precedent, what would be clear and workable and what would preserve the essential components of the liberty interest, and viability checks all of those boxes and has the advantage as well of being a rule of law for 50 years.”

Before the oral arguments, protesters on both sides of the issue gathered in front of the Supreme Court. Ava Frank, a media assistant for the anti-abortion group Created Equal, said she hopes the Supreme Court overturns Roe or at least allows for more restrictions on abortion.

“The reason our organization is against abortion is because it is always wrong to intentionally kill an innocent human being,” Frank said.

Speaking at a pro-abortion rights rally outside the Supreme Court, former abortion clinic counselor Kenya Martin said she is “someone who has had abortions and is free of any shame or guilt and empowers others who had abortions.”

“There is nothing Christian about these abortion bans,” Martin said. “God gives us free will.”