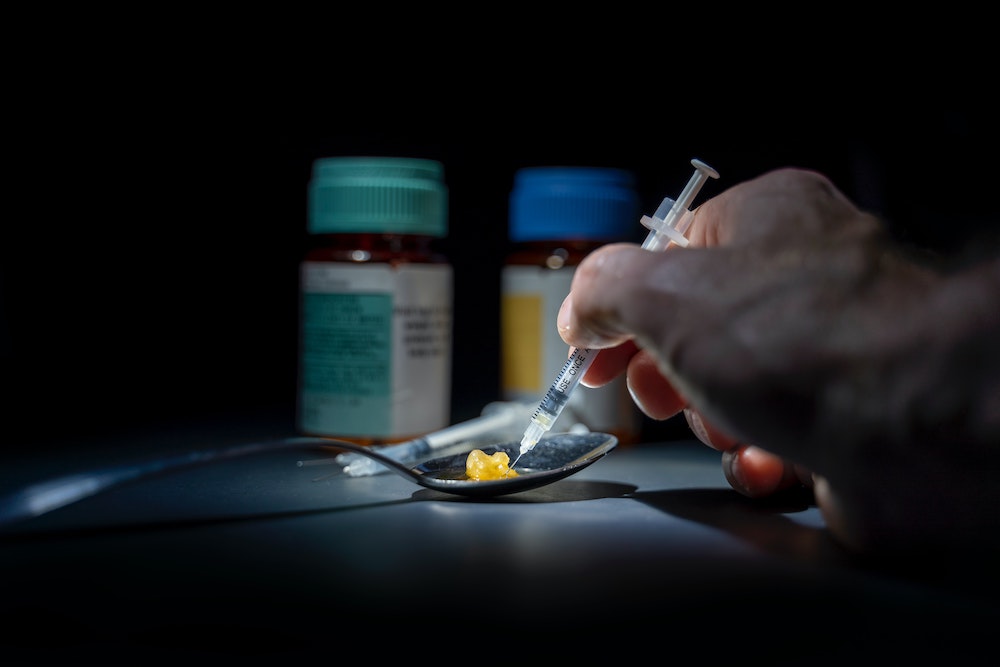 The CDC reported drug overdose deaths in the U.S. surpassed 100,000 during the 12-month period ending in April. (Michael Longmire/Unsplash)

WASHINGTON — Federal officials are urging a U.S. House committee to support President Joe Biden’s proposal to strengthen regulations on all fentanyl-related substances, with one calling it the most dangerous drug he’s seen.

Biden’s proposal also includes creating an easier process for scientists to obtain all Schedule I substances, including fentanyl, for research purposes. Researchers have to receive federal approval to obtain the drugs and often implement extra security, making it difficult to test and research, according to testimony submitted by National Institute on Drug Abuse.

The CDC reported in November that drug overdose deaths in the U.S. surpassed 100,000 during the 12-month period ending in April, a 28.5% increase from the same period last year.

Research suggests the recent surge in overdose deaths was driven by the illegal manufacture of fentanyl, a synthetic opioid 50 to 100 times more potent than morphine. In 2019, synthetic opioids, which are primarily fentanyl-related, accounted for nearly 73% of all opioid-involved deaths, the CDC found.

“I’ve had the privilege of serving the DEA for over 20 years. I’ve never seen anything as dangerous as fentanyl,” Louis Milione, principal deputy administrator of the Drug Enforcement Administration, said during the Thursday hearing of the House Committee on Energy and Commerce.

Fentanyl is often mixed with other illegal drugs such as heroin and cocaine, and with fake prescription pills, creating a powerful, lethal combination that has been tied to overdose deaths, according to the National Institute on Drug Abuse.

More than 9.5 million fake pills containing fentanyl were seized in the U.S. through Sept. 27 of this year, which is more than the last 2 years combined, according to the DEA.

Recently, health officials in New England issued warnings about fentanyl-laced marijuana. Since July, there have been 39 reported overdoses requiring the use of naloxone to reverse overdoses in Connecticut. All people involved said they only used marijuana. Similar cases have been reported in Vermont.

The DEA’s Milione said permanently placing fentanyl-related substances in Schedule I would make it easier for the agency to seize substances before they enter the country. Illegal fentanyl is made mostly in foreign labs and smuggled into the U.S. through Mexico, according to the DEA.

“It is absolutely necessary to control substances yet to be made and yet to be available in our communities,” Kemp Chester, senior adviser at the Office of National Drug Control Policy, testified Thursday.

Nearly 100 advocacy groups sent a letter to Congress in October protesting the proposal, saying that the government should invest in public health solutions — harm reduction and treatment — instead of broad criminalization. The proposal would worsen racial disparities, they suggested. In 2019, 68% of those sentenced for fentanyl-related substances were people of color, according to the United States Sentencing Commission.

Rep. George Butterfield, D-NC, also said he was worried people of color would be disproportionally hurt by stricter scheduling.

Chester acknowledged that “we can do unintended harm by doing that [scheduling],” but he pointed out that the proposal would eliminate mandatory minimum sentences for fentanyl-related substances.

Details of planned changes to the Schedule I research registration process can be found in testimony submitted by the National Institute on Drug Abuse.

The Biden administration invested $4 billion in the American Rescue Plan this year to expand access to substance use disorder services, including $30 million to support harm reduction — ways to acknowledge the dignity of people who use drugs and bring them to a community of care.

Organizations now have access to federally funded fentanyl test strips, which help identify fentanyl in other drugs, the CDC announced in April.

Rural and other underserved communities such as jails and prisons have easier access to treatment because the DEA in June eliminated separate registration requirements mandated in a decade-long moratorium.

For fiscal 2022, the Biden administration has proposed spending $41 billion to combat the overdose crisis, including $10.7 billion for harm reduction and recovery support services.