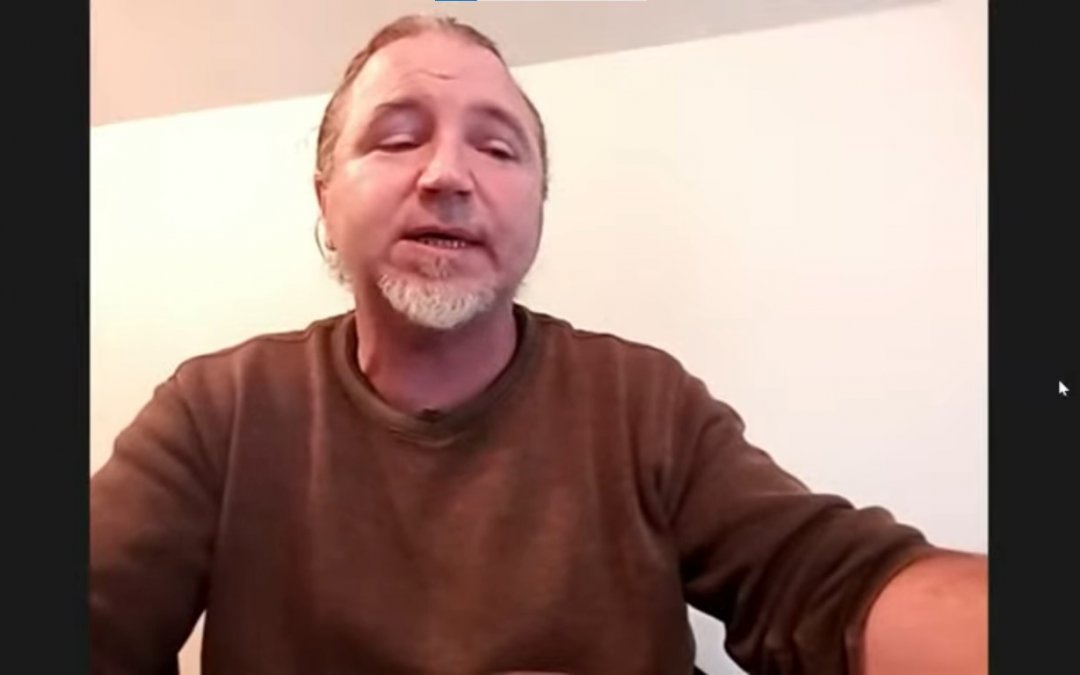 "I can tell you first hand that, when you have gone a couple of days without food your whole being cries out for it." Maine veteran Tim Keefe, told a House Agriculture subcommittee Wednesday afternoon. (Photo from livestream of House Nutrition, Oversight, and Department Operations Subcommittee)

WASHINGTON — Tim Keefe, a Navy veteran from Maine, recounted foraging for food and living like a “caveman” in the months when he didn’t qualify for the federal Supplemental Nutrition Assistance Program during a House subcommittee hearing Wednesday.

“It’s a desperation I wouldn’t wish on anyone,” Keefe told the House Nutrition, Oversight and Department Operations Subcommittee, which was examining food insecurity among veterans, active duty military and military families.

Keefe said he was unable to work following an injury and multiple surgeries, but initially received SNAP, or food stamps, for three months while living in a tent in the woods. The $194 a month kept him nourished until it was cut off because of work requirements associated with the program that he could not fulfill.

After several failed appeals, he turned to hitchhiking once a month to a food pantry 25 miles away. When he turned 50 about a year later, the work requirement for SNAP benefits ended and Keefe was once again able to obtain food stamps.

He is one of many veterans and active duty military members who have struggled with food insecurity, according to several government agencies.

“No person should ever go hungry in America. However, it is especially galling to see those who have dedicated their lives to serving our nation struggle to put food on the table,” said Rep. Jahana Hayes, D-Conn., who chairs the subcommittee.

From 2015 to 2019, about 16% of veterans between the ages of 18 and 64 lived in food insecure households or households with very low food security, meaning food intake is reduced and eating patterns are interrupted, according to a 2021 Department of Agriculture report.

At the hearing, Keefe and veterans’ advocates said structural barriers like military spouse unemployment and the lack of affordable childcare contribute to military families’ financial stress.

But several veterans’ advocates said a major problem is the housing allowance given to members of the military because it can put them over the income limit for SNAP benefits.

She said the allowance is a non-taxable portion of a service member’s pay that allows for equitable housing funds and should not be included in determining eligibility for food stamps.

Others at the hearing suggested a different way to address food insecurity among active duty members of the military — implementing a “basic needs allowance.”

The allowance would provide money to low-income service members and their families by giving them additional funds to raise their base income to 130% of the federal poverty line.

“It’s really an opportunity to respond to the barriers that we’re seeing in SNAP and to be able to get service members a little extra money they can use to respond to basic needs,” said Mia Hubbard, vice president of programs at MAZON: A Jewish Response to Hunger.

The basic needs allowance is included in the annual defense budget bill for fiscal 2022. The National Defense Authorization Act passed the House in September and is currently being considered in the Senate.

In addition, the House version of the bill would exclude the basic housing allowance from being considered as income; the Senate version does not include that provision.

“We’re hoping that the House version will be the version that ends up in the final NDAA bill,” Hubbard said.