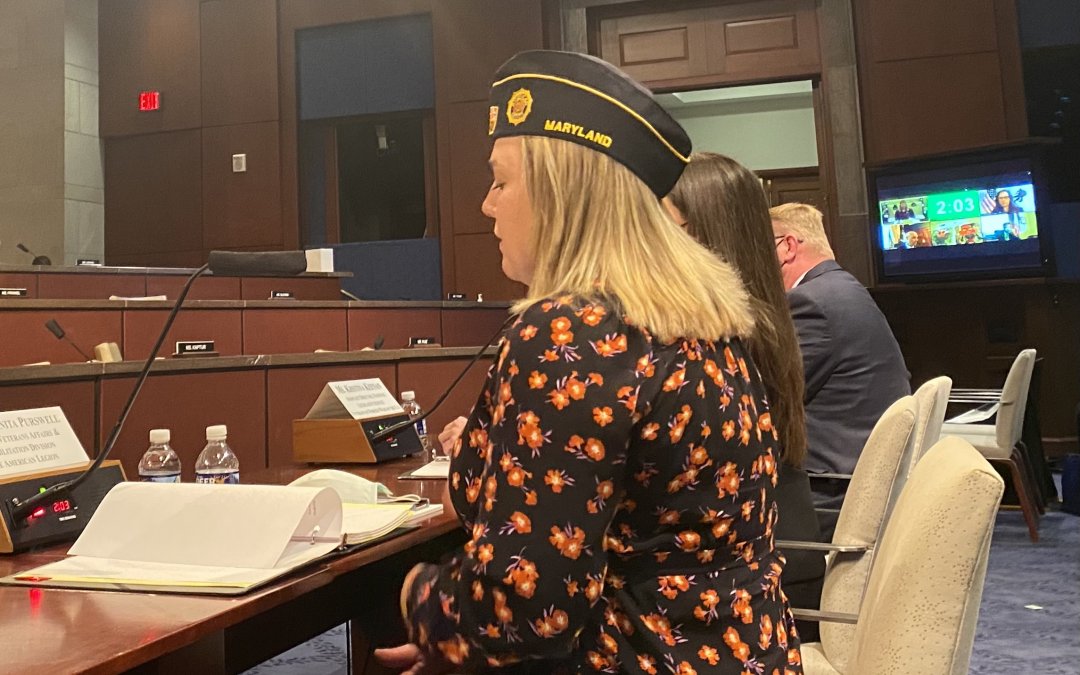 Katie Purswell, health policy deputy director for The American Legion, testifies before a House Veterans' Affairs joint subcommittee. She said the VA should consider military sexual trauma its own disability and not just a subtype of PTSD. (Christina van Waasbergen / MNS)

WASHINGTON — The inspector general for the Department of Veterans Affairs and advocates from veterans groups Wednesday highlighted systemic failings in how the VA handles military sexual trauma claims.

Studies suggest that as many as one in three female U.S. service members are sexually assaulted. Despite the scale of the problem, however, survivors face systemic barriers in getting benefits for military sexual trauma-related post-traumatic stress disorder, witnesses told a House Veterans’ Affairs joint subcommittee Wednesday.

A 2018 report by the VA’s Office of the Inspector General found that half of the military sexual trauma-related claims denied by the Veterans Benefits Administration weren’t properly processed.

Beth Murphy, executive director of the VBA’s compensation service, told lawmakers the mistakes in the processing of these claims were “procedural errors” and the fact that a claim wasn’t processed properly doesn’t necessarily mean it was wrongly denied.

However, Murphy acknowledged the importance of getting the process right. She said the VBA has made several changes to fix the problem. In her written testimony, Murphy said the changes include enhanced training, revised procedural guidance, ongoing outreach efforts and consolidating military sexual trauma-related claims to specially trained processors.

VA Inspector General Michael Missal said the problem persists, however. A follow-up report by the inspector general published in August found that 57% of denied military sexual trauma-related claims were incorrectly processed. The report also found that the VBA had failed to properly implement any of the recommendations made in the previous report, which Missal called “particularly disturbing.”

However, Shane Liermann, deputy national legislative director for Disabled American Veterans, said a recent poll of his organization’s members found that 70% said they had seen no improvement or a decrease in the quality and timeliness of the processing of military sexual trauma-related claims.

Tracy Farrell, vice president of connections and wellness for the Wounded Warrior Project, said the military sexual trauma-related claims process can be re-traumatizing for survivors because they are repeatedly asked to share the details of their experience.

Katie Purswell, health policy deputy director for The American Legion, said military sexual trauma should be considered its own disability and not a subtype of PTSD.

“Veterans should not have to minimize their experiences by placing it under the subheading ‘stressor'” on a PTSD questionnaire, Purswell said.