‘I was choked up’: Thousands lay flowers, honoring the unknown soldiers 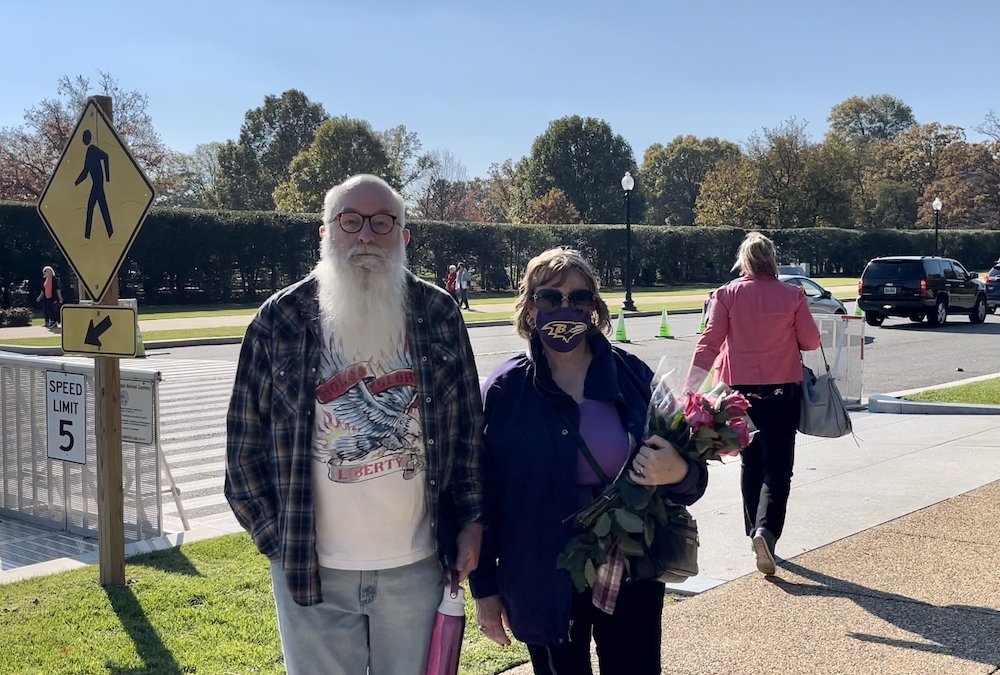 ARLINGTON, Va. — For the two days leading up to Veterans Day on Thursday, thousands of Americans, many carrying flowers, were allowed for the first time in nearly a hundred years to lay flowers at the Tomb of the Unknown Soldier at Arlington National Cemetery.

Daniel Grubbs, a Vietnam veteran from Frederick, said the moment of laying the flower reminded him of the enormous sacrifices American troops have made for their country, and it brought tears to his eyes.

“I was choked up. I had to have a moment to compose myself after I laid my flower,” he said on Wednesday.

Though he was never on the front lines of the war, he said he had friends who died in the conflict.

Emily Seals brought her 12-year-old daughter to learn about why it’s important that people serve in the military. The Pasadena, Maryland, resident said her former husband was in the military, and his deployments were difficult to bear.

“I don’t know when we’ll be in contact next. It’s just a kind of silence on your end until you hear anything,” she said.

She hopes her daughter, whose father was deployed when she was born, will learn from the day “the wonderful things he was a part of — the service members’ contribution towards national and international safety.”

Arlington National Cemetery allowed the laying of flowers at the tomb as part of its centennial anniversary.

“We do not anticipate holding another event in our lifetimes in which the public will be able to approach the Tomb in this manner,” the cemetery said the statement.

The Tomb of the Unknown Soldier was built in 1921, providing a final resting place for one of the unidentified service members from World War I. The body was exhumed from an American military cemetery in France and arrived at Arlington National Cemetery on Nov. 11, 1921.

Three other unknown soldiers — one each from World War II, the Korean War and the Vietnam War — were later added in 1958 and 1984. In 1994, the Vietnam War unknown was identified as Air Force 1st Lt. Michael Joseph Blassie; his body was reinterred in Missouri at the request of his family. His crypt at the cemetery remains empty, honoring all the missing soldiers from the Vietnam War.

The public on Thursday also was allowed to watch a joint full honor procession and a flyover, meant to replicate the elements of the 1921 funeral procession for the World War I unknown soldier.

At the annual wreath-laying ceremony Thursday, President Joe Biden said that the veterans are “the spine” of America and their sacrifices should never be forgotten.

In addition to the tomb of the unknown soldiers, Arlington National Cemetery is the resting place for around 400,000 veterans and their dependents, according to the cemetery.

“Each headstone represents a story waiting to be told of and has to be remembered. To me Arlington (National Cemetery) really became the history of the nation,” said Philip Bigler, a professor at James Madison University and author of the 2019 book “Tomb of the Unknown Soldier: A Century of Honor, 1921-2021.”

Besides the Tomb of the Unknown Soldier, Arlington National Cemetery contains the U.S. Marine Corps War Memorial, President John F. Kennedy’s gravesite and many other notable gravesites. It is open daily from 8 a.m. to 5 p.m.