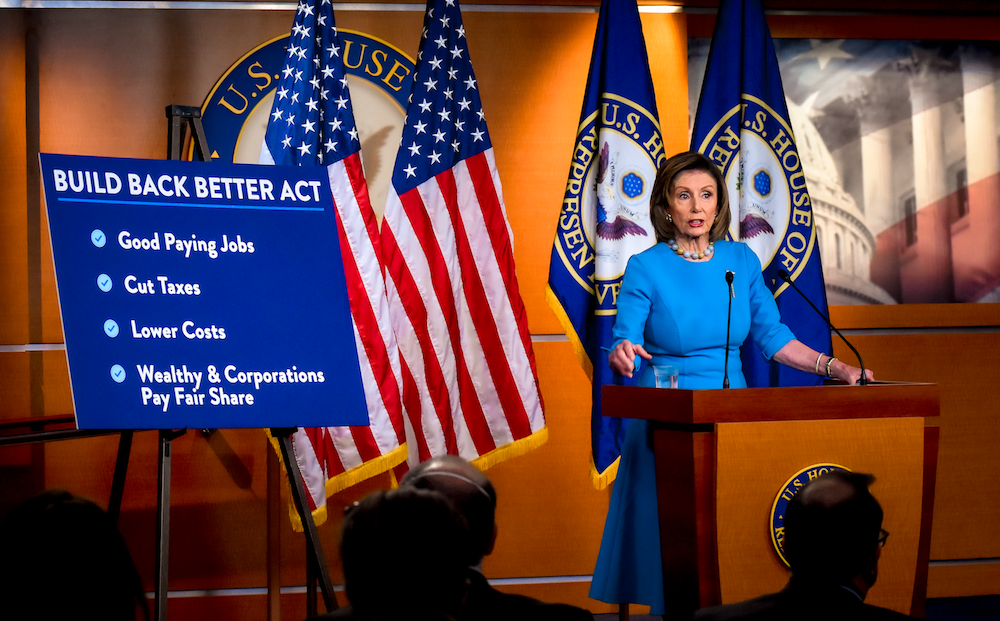 Lawmakers have been waiting for the Congressional Budget Office to release its cost estimate of the Build Back Better legislation to compare with the White House’s estimate of a $1.85 trillion price tag.

The House began debate on the measure Thursday morning. Shortly before 1 p.m., the CBO announced that the final estimate would come later in the afternoon.

Pelosi said that in addition to the CBO estimate, she has been waiting to hear back from the Senate for a “parliamentary scrub” to help clarify whether the bill fits the Senate’s rules for the reconciliation process, which would allow the measure to get Senate approval with a simple majority and avoid the need for 60 votes to break a threatened GOP filibuster.

There are 50 Democrats in the Senate, with Vice President Kamala Harris holding the tie-breaker vote as Senate president.

The CBO score and parliamentary scrub are needed before Pelosi brings the legislation to a vote, she told reporters Thursday.

The Build Back Better Act, a pillar of Biden’s agenda, would expand the enhanced child tax credit for one year, establish universal pre-kindergaren for 3- and 4-year-olds and allocate $555 billion to climate change initiatives.

The bill also would increase taxes on corporations and the rich. “Each one of these sections alone is a major victory for the American people,” said Rep. John Yarmuth, D-Ky., chairman of the House Budget Committee.

During the Thursday morning debate, House Appropriations Committee Chairwoman Rep. Rosa DeLauro, D-Conn., said Democrats “have an opportunity to be the architect to build a better future for working families.”

Several House Democrats also emphasized the “millions of jobs” they say the bill would create.

Meanwhile, Republicans pushed back, tying Democrats’ recent spending initiatives to rising rates of inflation. Speaking about a provision to allow state and local tax deductions, Rep. Jodey Arrington, R-Texas, said Democrats had made “a Christmas tree of giveaways to their political allies.”

Rep. Jason Smith, R-Mo., called the measure the “worst piece of legislation” he had ever seen and railed against House Democrats’ opaque process drafting and rewriting the bill.

On Nov. 5, Pelosi tried to bring the bill to the House floor for a vote along with the $1.2 trillion bipartisan infrastructure bill, after promising that the two historic measures would pass the House together. However, moderate Democrats derailed the effort, requesting the bill only be passed after the CBO score was released.

In a last-minute deal, the moderate and progressive Democrats agreed to pass the bipartisan infrastructure bill along with a procedural rule vote for the BBB, which allotted the two hours of debate that occurred Thursday morning.

Biden signed the infrastructure bill into law on Monday.