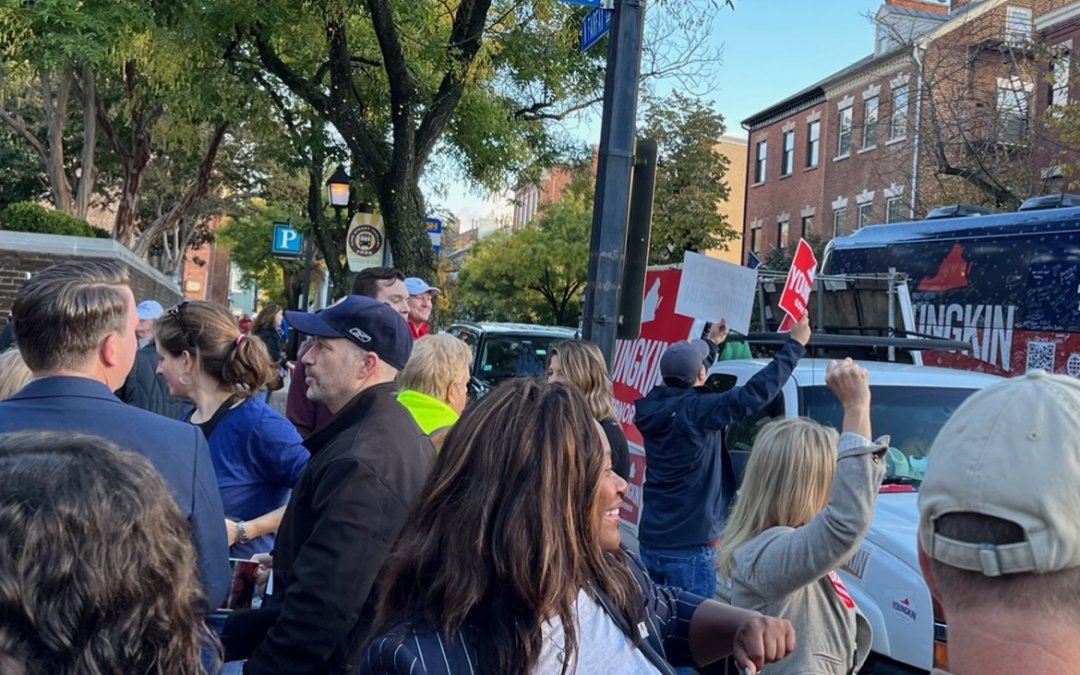 Virginia voters on Tuesday will make history by electing the commonwealth’s first woman of color lieutenant governor: Democrat Hala Ayala, who is Afro-Latina, or Republican Winsome Sears, who is Black.

But for many Black women voters – who have arguably the most to gain in terms of winning more representation in the statehouse and executive branch – making history isn’t the main draw in this election. They’re focused on the dead-heat race for governor.

Lieutenant governor “is more of a symbolic role,” whose main job is to cast tie-breaking votes, Kelly Hebron, chair of the Fairfax County Democratic Committee Black Caucus told theGrio. The battle for the governor’s mansion is “what’s going to matter most.”

Vying for the top job are Democrat Terry McAuliffe, who served as Virginia’s governor from 2014 to 2018, and Republican challenger Glenn Youngkin, a private equity executive who is running as a political outsider.

Black women typically lean heavily Democrat. In 2020, about 90% of Black women nationally chose Joe Biden over Donald Trump. And Black women voters in Virginia played a major role in the push for Biden’s 10-point victory in the swing state.

Turnout among Black women voters will play a key role in determining whether McAuliffe returns to the role or Youngkin flips the seat red, according to many political experts. 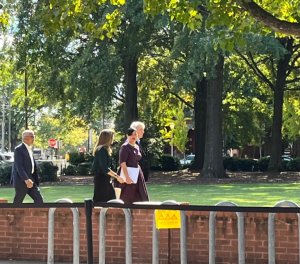 Several Black Democratic women are concerned that support but not enthusiasm for McAuliffe could lead to lower turnout, possibly enough to give the edge to Youngkin.

Hebron, who is the chair of the Lee District Democrats, a group based in Fairfax, Virginia, said “there’s a sense of resolve” among Black women voters toward the ticket.

Enthusiasm for McAuliffe started to drop after the Democratic primary in June, she said. A lot of Black voters would have preferred other Democratic primary candidates such as Jennifer Carroll Foy of Petersburg, who is Black, to get the gubernatorial nomination, Hebron said. Foy came second in the primary, losing to McAuliffe by 40 percentage points.

Hebron said that by clinching the nomination, McAuliffe was sending a message that he’d be the only one among Foy and other candidates like incumbent Lt. Gov. Justin Fairfax, who is Black, to beat Youngkin in the general election.

“But you want the Black vote,” she said of McAuliffe.

Sherry Street, who is Black and plans to vote for Youngkin on Tuesday, told theGrio that she thinks that “Democrats often take Black votes for granted.”

A lot of Black Virginians who support Youngkin aren’t broadcasting it because they want to keep their politics private, said Street, a school-choice lobbyist.

Street, a former Democrat, said she voted for Donald Trump in 2016 and again in 2020. She said Trump attempted to win Black voters. “He supported us. He asked us for our vote.”

But Street was among only a few Black women in a crowd of a couple hundred people who gathered on a street corner to see Youngkin at a bus tour stop at the Old Town Farmers’ Market in deep-blue Alexandria, Virginia, on a crisp Saturday morning.

Sears, an immigrant from Jamaica, would be the first Black woman to hold statewide office in Virginia, but many Black women voters say she doesn’t represent their community. 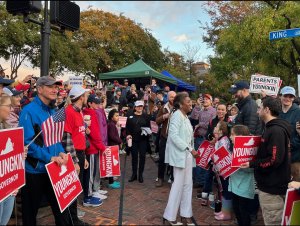 Representation is not “just about putting a Black face in office,” said Deborah Woolen, 44, of Fairfax County. It’s about electing someone with “shared experience.”

Woolen, a civil service commissioner, is Black. She said she’s voting Democrat in every race on the ballot because she believes the Republican party post-Trump has become oppressive. She said doesn’t get how Sears, the GOP lieutenant governor candidate, can stand to be associated with a party that had Trump as its leader.

Woolen was especially turned off by a campaign ad that pictured Sears posing with an assault rifle. She said it triggered negative emotions for “a significant amount” of other Black women she knows who’ve been affected by gun violence.

Woolen said she wants to more state policies such as a law that bans police from using no-knock warrants, pushed to the forefront. Petersburg Del. Lashrecse Aird, who is Black, sponsored the bill, and Woolen said she’d like to see more women of color like Aird in power.

Winsome Sears “is not that,” she said.

But Annetta Catchings, the Black woman running for mayor of Alexandria as a Republican, said the Black community is pulling away from the narrative that “if you’re Republican, you’re not for the Black cause.”

The Black community isn’t as much of a monolith as it used to be, said the mother of two.

Catchings doesn’t believe she’s turning her back on her community, and she doesn’t feel a need to convince people otherwise. “I know what I represent,” she said.

Hebron, however, is “offended” by those who stand with a party that wants to remove Toni Morrison’s Beloved, a book about slavery and African American history, from Virginia’s classrooms.

For her and other Black women Democrats, everything’s at stake: abortion rights, continued mask mandates, support for Black Lives Matter and the chance for their children to get a good education. “And I don’t want it to be based on zip code.”

Hebron said she’ll take her daughters, who are 11 and 13, with her when she votes on Tuesday. She brings them with her to the polls every year because she wants them to see voting “as a habit and community obligation.”