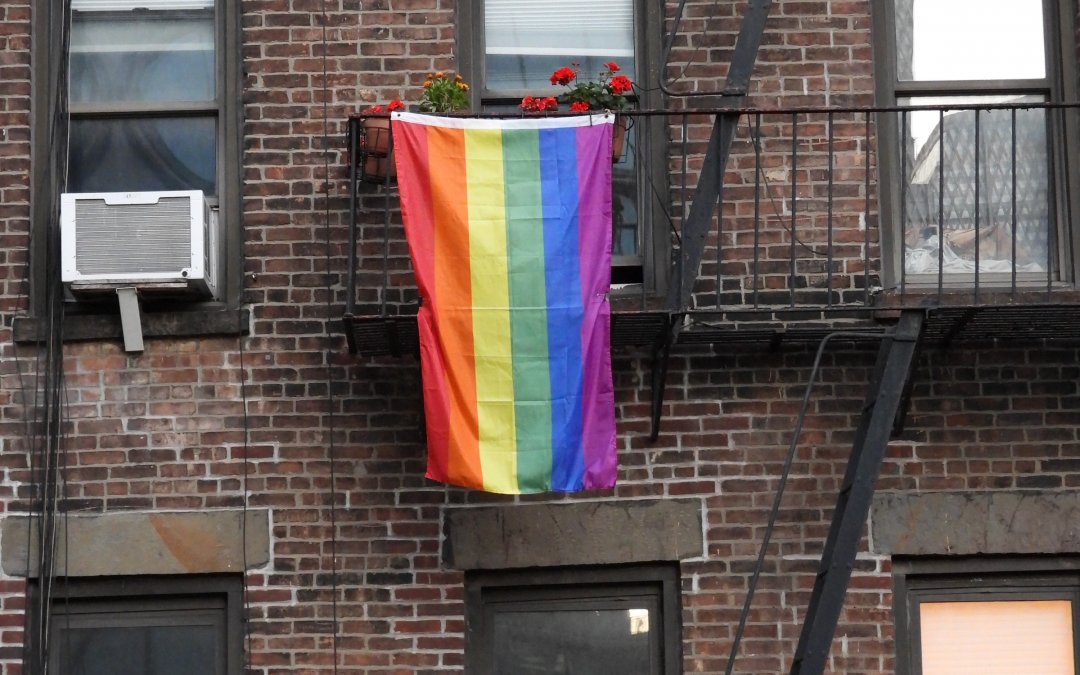 A pride flag hangs outside an apartment in New York City. Housing, employment and banking were topics of discussion among LGBTQ+ advocates and lawmakers during a hearing on Tuesday. (Sand Crain/Unsplash)

The hearing held by the House Financial Services’ Subcommittee on Diversity and Inclusion, centered around discrimination in the financial services industry in relation to banking, housing, employment and lending — barriers that are exacerbated for LGBTQ+ people of color.

Nearly half of LGBTQ+ workers in the U.S. report experiencing unfair treatment at work at some point in their lives, according to The Williams Institute of the UCLA School of Law. In the banking industry, many LGBTQ+ individuals who want to use a preferred name for bank accounts and credit cards face lengthy procedures in comparison to those changing their last names for marriage, said advocates at the hearing.

For LGBTQ+ people of color trying to rent or purchase a home, 44% report facing discrimination, compared with 32% of white LGBTQ respondents, according to a 2020 Center for American Progress survey.

Though the Supreme Court ruled last summer in Bostock v. Clayton County that employers cannot discriminate based on sexual orientation or gender identity, LGBTQ+ individuals are waiting on the passage of the Equality Act to enshrine LGBTQ+ protections in law.

The Equality Act, which passed the House in February but has yet to come to a vote in the Senate, would amend the Civil Rights Act of 1964 to explicitly prohibit discrimination for the LGBTQ+ community in employment, housing, education, banking, federally funded programs and more.

Tanya Asapansa-Johnson Walker, a transgender women’s support group facilitator, said that anytime federal agencies like the Department of Housing and Urban Development collect demographic data, they need to include data on sexual orientation and gender identity.

“If we are not counted, we don’t count,” she said in her written testimony.

Johns added that asking for detailed demographic data on surveys could allow government officials to filter the data based on intersecting identities, and better understand unique challenges in the LGBTQ+ community.

Naomi Goldberg, LGBTQ program director at the Movement Advancement Project, said in a phone interview that U.S.’s current civil rights laws do not effectively address discrimination concerns for people with multiple intersecting identities, like race and gender expression or race and sexual orientation.

“The challenge is that often people are asked, ‘Was the discrimination because of your race, or was it because you’re LGBTQ?’” she said. “People shouldn’t have to disentangle all of those things, but rather say, ‘It was both because of my race and because I’m gay, for example, that this discrimination happened to me.”