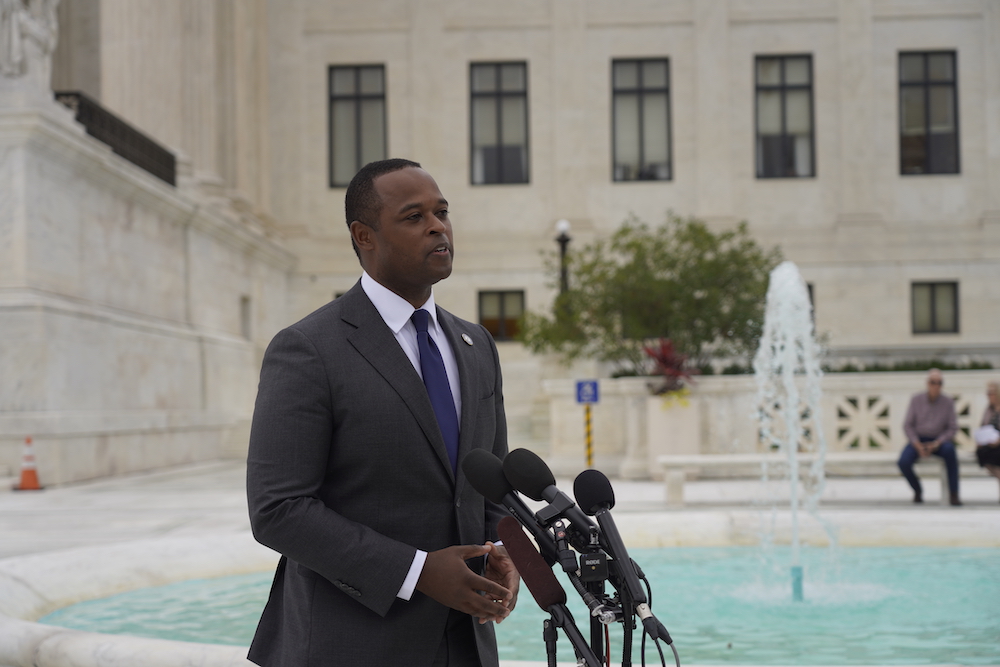 WASHINGTON — A Kentucky abortion clinic and the state’s attorney general went head-to-head in Supreme Court oral arguments Tuesday on whether the attorney general waited too long to defend a restrictive abortion law in a case that could give insights into the justices’ positions on future abortion cases.

In the meantime, Democrat Andy Beshear, a supporter of abortion rights, succeeded Bevin as governor in 2019, and Republican Daniel Cameron was elected attorney general.

Beshear’s administration declined to fight the appeals court decision, but Cameron then said he wanted to appeal further. An appeals court denied his request to revive the case, saying he was too late.

Justice Sonia Sotomayor said Cameron had the opportunity to defend the law earlier but chose not to and didn’t appeal on time. But several justices seemed more sympathetic to Cameron’s position.

Though the court will not decide on the abortion law itself, a ruling in Cameron’s favor would give him the green light to fight to reinstate the law.

In December, the Supreme Court will consider a Mississippi case that could overturn the precedent set in Roe v. Wade. Meanwhile on Monday night the Biden administration once again urged the courts to strike down a Texas law that prohibits abortions after approximately six weeks of pregnancy.

Those who oppose abortion argue the dilation and evacuation method is inhumane and dismembers the fetus. Abortion providers say the method is safe and effective.

“Doctors shouldn’t have to choose between providing the safest, most appropriate care for their patients and going to jail,” Dr. Ernest Marshall, owner of EMW Women’s Surgical Center, said in a statement.

During oral arguments, Alexa Kolbi-Molinas, a senior staff attorney for the ACLU who represented the abortion clinic, argued that “intervention is not a revolving door” where Cameron could fail to appeal and then gain re-entry after a court’s ruling.

At a news conference outside the court, Kolbi-Molinas said that Cameron’s actions are “part of a concerning strategy to ban abortion by any means necessary.”

Meg Stern, support fund director for the Kentucky Health Justice Network, said if the court rules in Cameron’s favor it would set a “dangerous precedent” for future abortion cases. But even so, Stern said Cameron likely won’t be successful in getting the law reinstated because the courts have already deemed it unconstitutional multiple times.

Still, Cameron and his attorneys were in high spirits after the oral arguments.

While he voiced his support for the abortion bill, Cameron also emphasized that his argument is about state sovereignty and his ability as attorney general to defend state laws.

“We’ve been knocking on the door of the Sixth Circuit Court of Appeals,” Cameron told reporters. “I’m optimistic that we will get a favorable ruling.”