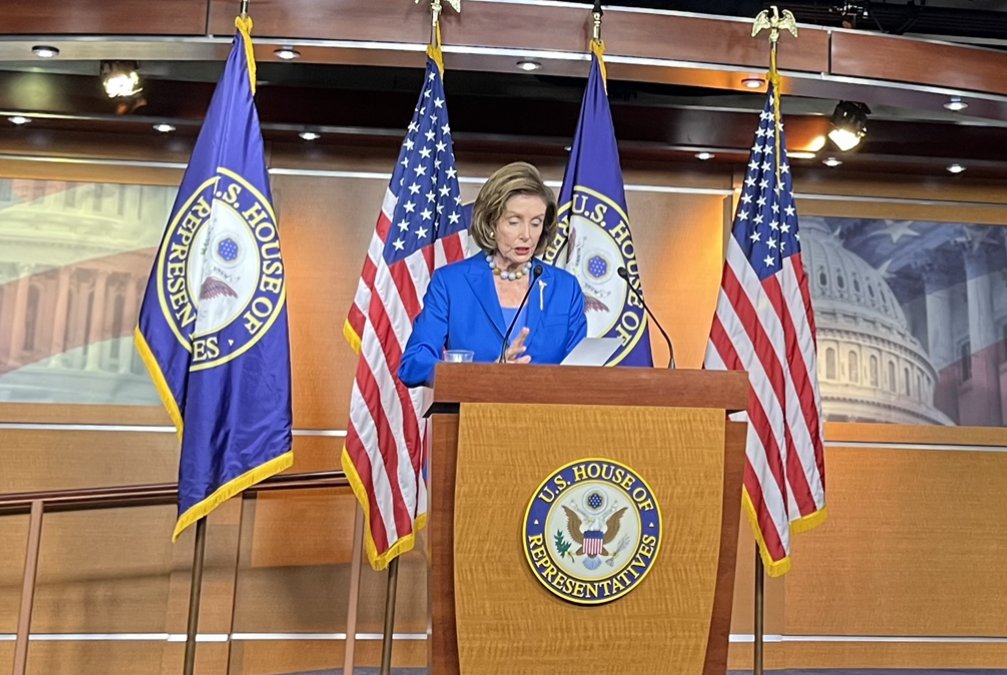 Speaker Nancy Pelosi briefs the press on the debt ceiling, the spending bill and the U.S.'s standing abroad. (Mary Yang/MNS)

WASHINGTON — House Speaker Nancy Pelosi Tuesday indicated that she is leaning toward cutting the length of programs in President Joe Biden’s Build Back Better plan to pare down the $3.5 trillion price tag.

The spending package, which was originally slated to dole out $3.5 trillion over 10 years, now seems more likely to hover at roughly $2 trillion, the figure Biden has floated to House Progressives who blocked a move to pass a Senate-cleared infrastructure bill without assurance that the Build Back Better package would be passed in tandem.

At a morning news conference, Pelosi told reporters that the “first thing” up for negotiation in the drive to reduce the bill’s top line would be “timing.”

Adjusting the length of programs within the spending package is one of two options House Democrats have in the weeks before Pelosi’s new Oct. 31 deadline to pass the measure – either keep the programs but set earlier expiration dates or eliminate some programs but have them last 10 years.

Pelosi Tuesday signaled she’s likely to go with the former.

“Mostly we’d be looking at paring down years,” she said.

On Monday, Pelosi took a different position in a letter to members of her Democratic caucus. “Overwhelmingly,” Pelosi wrote, Members want to do “fewer things well.”

Either way, some programs would require a minimum amount of money in order to be sustainable, said Pelosi, and cuts to lower the cost would “not undermine” the bill’s “transformative” nature.

Moderate Democrats, led by Sens. Joe Manchin and Kyrsten Sinema, have opposed the $3.5 trillion cost. Without the two senators, Democrats do not have a majority to pass the legislation.

Pelosi said she’s “very disappointed” that the massive bill has to be cut, but “we’re still talking about a couple trillion dollars.”

The speaker said there will be “important decisions” to make “in the next few days.”