Liberal protesters rally to take back the Supreme Court 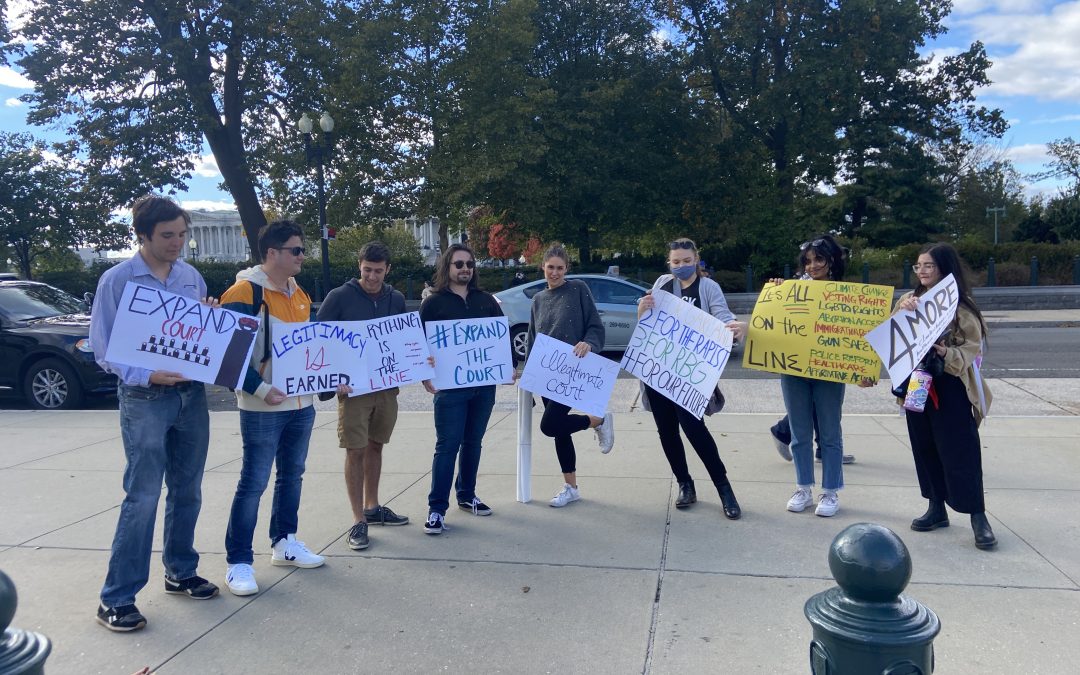 Demonstrators at the Rally for Our Future event outside of the Supreme Court on Oct. 26 hold up signs, encouraging court expansion with the Judiciary Act of 2021. (Mikayla Denault/MNS)

WASHINGTON — On Oct. 26, protesters held the “Rally 4 Our Future” event outside of the Supreme Court to address the conservative-leaning justice system. Sen. Ed Markey, D-Mass., introduced the bill in April with support from Sen. Tina Smith, D-Minn., and other house representatives; all showed support at the event.

The event was hosted by the People’s Parity Project and Take Back the Court. Organizers and protesters said the 9-justice system creates inequities within issues such as voting and abortion rights.

Protester Laurie Woodward-Garcia said the Judiciary Act of 2021, which would add four seats to the Supreme Court, is just the start. She said term limits and a code of ethics should also reform the highest judicial authority.

“My job as a mom is to feed, clothe, shelter, love and educate my child but I also have a job as an American mom, and that’s to make sure that my child’s democracy is there,” Woodward-Garcia said.