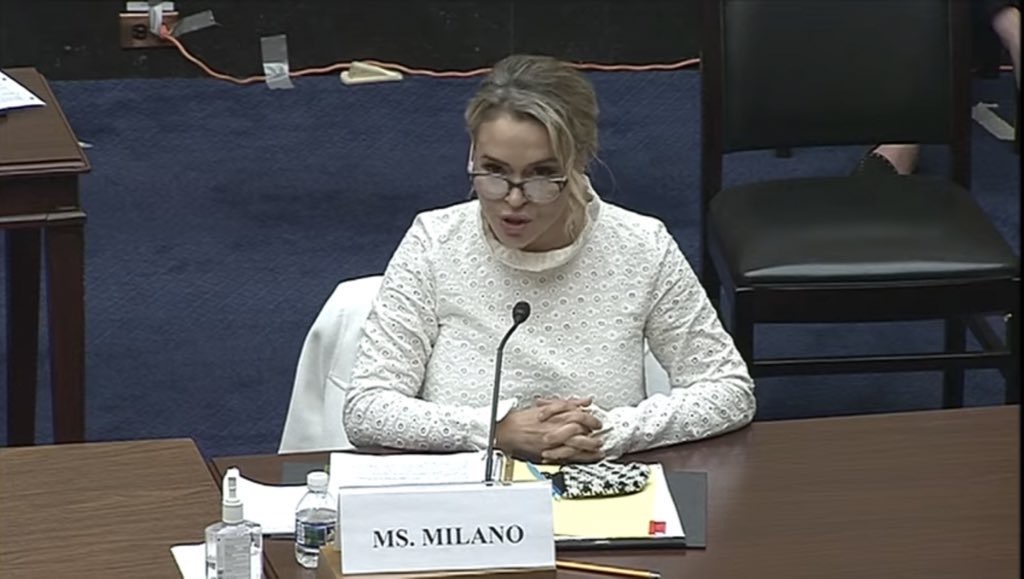 Actress and activist Alyssa Milano testifies at a House Oversight Committee hearing on the Equal Rights Amendment (House Committee on Oversight and Reform).

WASHINGTON — At what was billed as the first full congressional committee hearing on the Equal Rights Amendment since the 1970s, House Oversight Committee Chair Carolyn Maloney called Thursday for the archivist of the United States to ignore the fact that the 38th state didn’t ratify the amendment until decades after the deadline and certify the ERA.

“After 100 years, women cannot wait any longer for full constitutional equality,” she said.

Originally written by suffragist Alice Paul in 1923, the ERA gained congressional approval in 1972 and then was sent to the states for ratification by March 22, 1979. However, by 1977, only 35 of the necessary 38 states needed to ratify the proposed constitutional amendment had done so. Though Congress voted to extend the ratification deadline by three years, no new states signed on. Since then, three more states have ratified the ERA, with Virginia becoming the pivotal 38th state in January 2020.

In March, the House passed a joint resolution removing the time limit for ratification.

Actress and activist Alyssa Milano testified before the committee, saying that “the lack of constitutional protections for anyone who is not a cisgender man is a blemish on the very idea of Americanism.”

“How can we be a free people when our governing document does not prohibit discrimination against more than half of the population?” Milano asked. “The answer, of course, is that we cannot.

But Inez Feltscher Stepman, a senior policy analyst at the conservative Independent Women’s Forum, told the committee that the Constitution and state and federal laws already guarantee “basic sex equality,” and the ERA would prohibit the government from recognizing “the very real differences between males and females.”

For instance, she said, the ERA would make single-sex prisons unconstitutional.

Georgetown University law professor Victoria Nourse disagreed, arguing the ERA would still allow the government to differentiate between the sexes for a compelling reason.

“We now have a court of nine unelected men and women, six of whom idolize Justice Scalia,” she said.

At a news conference before the hearing, Nourse said that with a conservative supermajority now on the Supreme Court, “almost all of the 1970s decisions that women take for granted” could be overturned without the ERA.