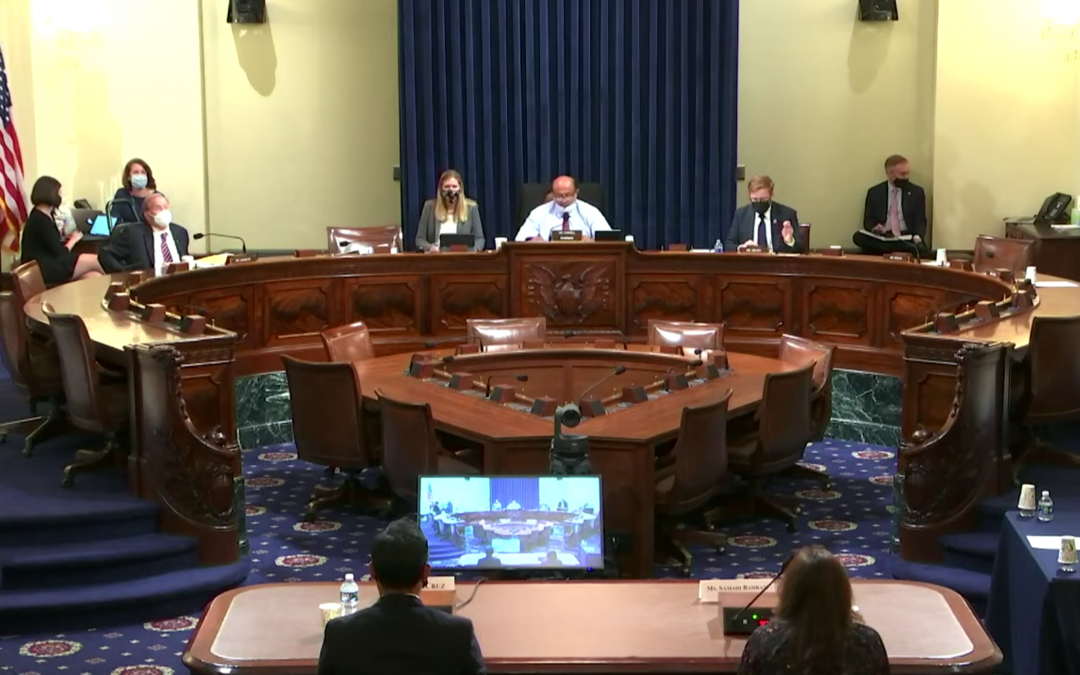 WASHINGTON — In a hearing on Capitol Hill on Thursday, leaders from humanitarian nonprofits and resettlement agencies asked the House Homeland Security Committee to pressure the Biden administration to do more to help resettle evacuated Afghans into U.S. communities.

Their demands come as thousands of Afghans who had initially been housed at U.S. military bases in Virginia, Wisconsin, Texas, New Jersey, New Mexico, and Indiana are moving into communities in the United States. At least an additional 55,000 Afghans remain at the military bases.

“Coordination has been good, but this is an enormous operation and there’s more to be done,” said Robin Dunn Marcos, a senior director for the International Rescue Committee, one of the nine national resettlement agencies that works with the federal government to help migrants adjust to the United States. Dunn Marcos was joined by leaders from Human Rights First, Women for Afghan Women, and Team Rubicon — other organizations that are advocating for Afghans as they rebuild their lives in the U.S.

The resettlement leaders asked the government to improve services to Afghans living on U.S. military bases, offer more assistance to Afghans still abroad, and allow Afghan humanitarian parolees — the official designation for those allowed to enter the United States without a visa due to “urgent humanitarian reasons” or “significant public benefit” — to receive green cards. Unlike other Afghans evacuated by the U.S., Afghan humanitarian parolees have no special ties to the U.S. government.

The government has provided funding to Afghans since their arrival in the United States — most recently $6.3 billion through the temporary funding measure passed in late September to avoid a government shutdown. The aid went toward cash assistance, health care, English lessons, and other programs. The funding also gave humanitarian parolees access to essential “reception and placement” services for their first three months in the U.S. — services which were previously only available to those who worked directly for the U.S. government in Afghanistan.

Faith leaders working to resettle Afghan refugees shared many of the concerns resettlement leaders brought up to Congress.

Krish O’Mara Vignarajah, president and chief executive officer of the resettlement agency Lutheran Immigration and Refugee Service, told Sojourners that humanitarian parolees make up the vast majority of Afghans who arrived in the United States in the past few months. She noted that these refugees are only allowed to live and work in the U.S. for two years, cannot obtain green cards, and are required to go through the asylum process.

But as O’Mara Vignarajah pointed out, the asylum system is already backlogged with 1.3 million applications.

“We’re worried by the legal limbo they may face after the initial two years,” she said, adding that her organization has been advocating to adjust the parolee status so that more Afghans can obtain green cards.

Leaders from LIRS and Bethany Christian Services told Sojourners that a lack of affordable housing — exacerbated by the pandemic — plus the sheer number of Afghans looking for places to live is making housing placements difficult.

Kristi Gleason, vice president of refugee and immigrant family services for Bethany Christian Services, added that there is a significant need for churches and community organizations to work alongside resettlement agencies to help Afghans rebuild their lives in the United States.

Though Gleason has been pleased with the government’s transparency and collaboration so far, her organization is short staffed. She said churches and individual community members could help bridge what the government is lacking by volunteering, donating to resettlement agencies, or financially sponsoring an Afghan family.