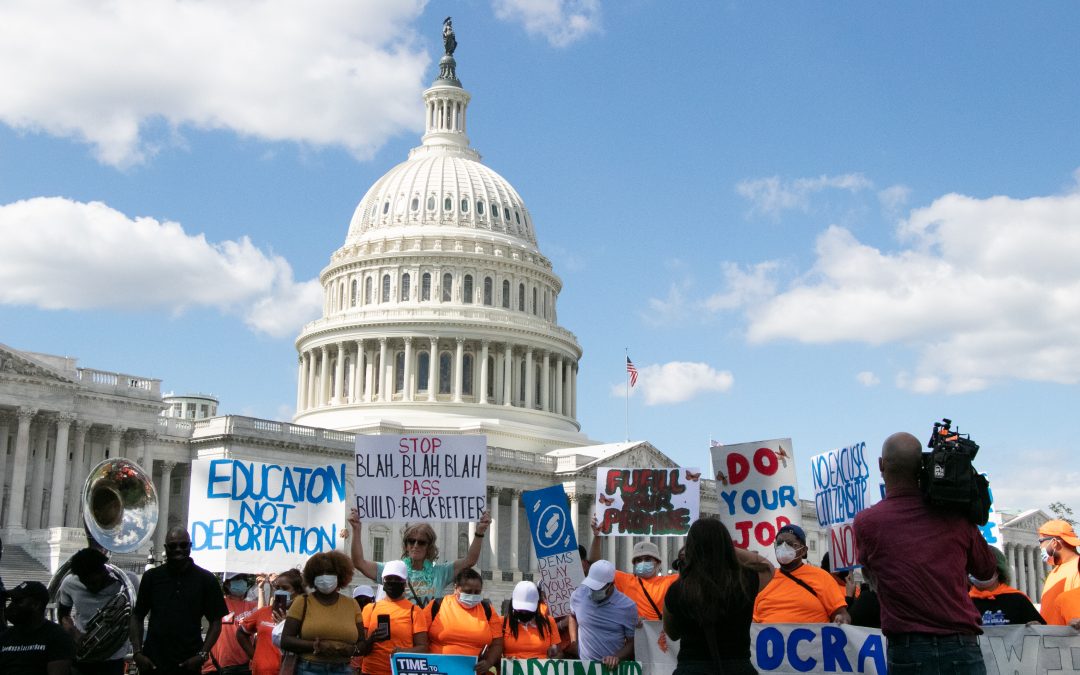 WASHINGTON — Activists and progressive Democrats including Reps. Alexandria Ocasio-Cortez and Cori Bush protested on the Capitol lawn Thursday, demanding that Congress include immigration reform in the $3.5 trillion social spending bill and connect it to the $1 trillion infrastructure bill.

Carrying signs that read, “Congress, what is your plan for immigration reform? Asking for 11 million friends” and “Dems play your cards right,” the approximately 100 demonstrators wanted members of Congress to know that their decision on whether to pass immigration reform will have consequences next year in the mid-term elections.

Ivania Castillo, a board member of CASA, said Democrats should disregard the parliamentarian’s advice and not go back on the promises that they made on the campaign trail to pass immigration reform. “The message is very, very clear to the Democrats. It’s either you stand up and you fight for our rights, or we will remember in the election,” she said.

Protesters urge Congress to pass the Build Back Better Act, along with the social spending bill. (Yiming Fu/MNS)

The protest occurred as lawmakers have been debating the $3.5 trillion spending package, which would include funds for spending on social issues like education, health care, child care and climate justice.

House Democrats have made two attempts to include immigration reform in the package, but both times their plans were rejected by Senate Parliamentarian Elizabeth MacDonough, who interprets whether legislation complies with the Senate rules. Senate Democrats have introduced the bill as a reconciliation bill, which requires only a simple majority to pass, avoiding the possibility of a GOP filibuster.

The first attempt, earlier this month, would have created a pathway to citizenship for DACA recipients, farmworkers and essential workers. The second, rejected on Wednesday, aimed to grant citizenship to those who have continuously lived in the United States since before 2010. 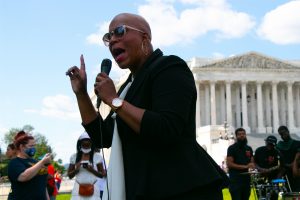 “We’re going to keep fighting for a pathway for all immigrants in this country—for a path to citizenship,” Ocasio-Cortez told the protesters  “And I’m not going to let any damn parliamentarian tell me how to do my job.”

But Sen. Joe Manchin, D-W.Va., announced Thursday that the maximum amount he would support for the social spending package is $1.5 trillion.

When asked if she would still support the bill at the lower amount, Bush told reporters that the plan initially allocated $6 trillion so $3.5 trillion was already a compromise.

“Now they are seeing how that has snowballed over time,” she said. “I think they are suffering the consequences of their own actions.”