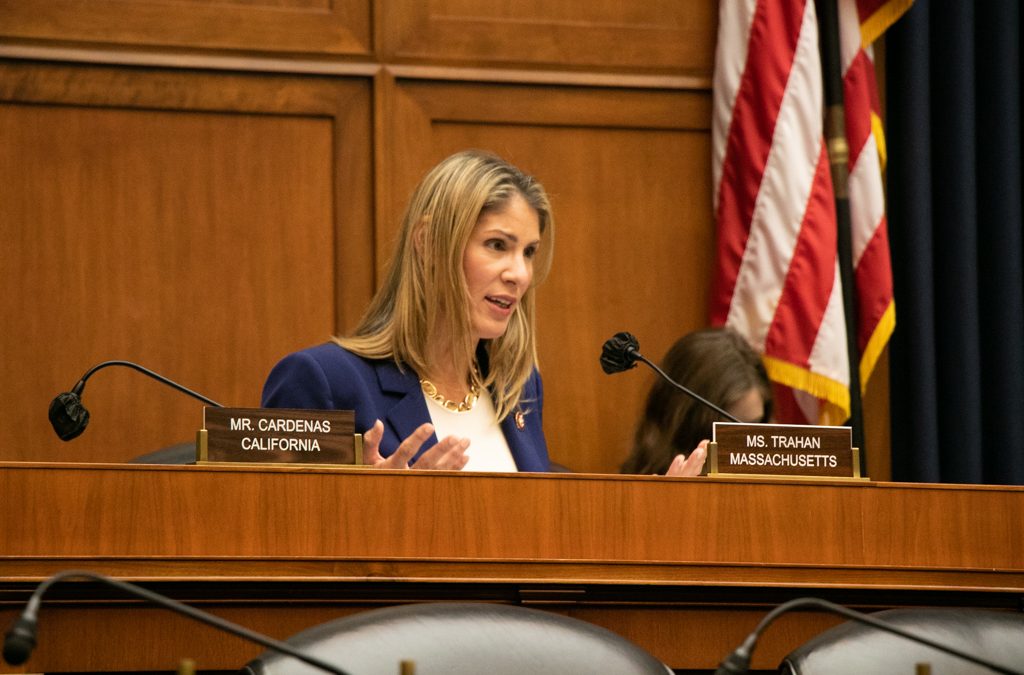 WASHINGTON — For years, the NCAA has governed itself. Now, NCAA President Mark Emmert is turning to Congress.

Speaking at a House Consumer Protection and Commerce subcommittee hearing Thursday, Emmert called for quick congressional action to standardize legislation allowing student athletes to profit from use of their “name, image or likeness” nationally and protect athletes from unfair contracts.

In July, the NCAA announced all athletes would be able to profit from use of their name, image and likeness by accepting brand partnerships, giving lessons and signing autographs. About a half million students in 1,100 NCAA schools are eligible for such deals.

Twenty-eight states have enacted NIL laws, but schools in states without legislation have to navigate on their own. The laws also vary greatly from state to state, Emmert said, creating inconsistencies that could favor colleges in some states.

Further, many schools do not have the resources to provide financial advising to their athletes. Many athletes are also under 18 when they begin signing contracts, according to Cameron March, a golfer at Washington State University.

“The NCAA alone cannot address this,” Emmert said. “We need to do it together.”

Historically, the NCAA has blocked college athletes from getting paid on the basis of preserving the amateurism of college athletics. Meanwhile, coaches make millions each year, and the NCAA recently signed a $10.8 million partnership with CBS to broadcast college sports.

The change in NIL policy comes after years of student organizing, Supreme Court rulings, and states enacting their own NIL policies to protect their students.

Wednesday, the National Labor Relations Board issued a memo that some college athletes are employees and are entitled to protections and the right to collectively bargain. The NCAA released a statement disputing that decision.

Former NCAA volleyball player Rep. Lori Trahan, D-Mass., asked Emmert if the NCAA would collaborate with Congress to center NIL legislation student interests and to not pay lobbyists to work on the issue. In 2020, the NCAA spent over $750,000 lobbying to shape any new student athlete policies to their own liking, according to OpenSecrets.org.

Emmert said he has been a lifelong educator and cares deeply about students, but did not address lobbying efforts.

Trahan introduced legislation in April that set a federal right for college athletes to profit from their NIL and supersede more restrictive state laws.

March, the WSU golfer, said NIL laws allow her to put her name on apps she has developed as a digital technology major. Now, she can capitalize on her name and likeness to propel it into the market.

Trahan said Congress should look at compensation through an equity lens. Female athletes are shortchanged by a $1 billion annually, she said. Beyond financial compensation, she also advocated for more protections for athlete health and safety.

“Being a college athlete is a source of enormous pride and also an enormous sacrifice” Trahan said. “Making sure that we have an ability to give the power back to the athlete so that they can bargain for better is key.”