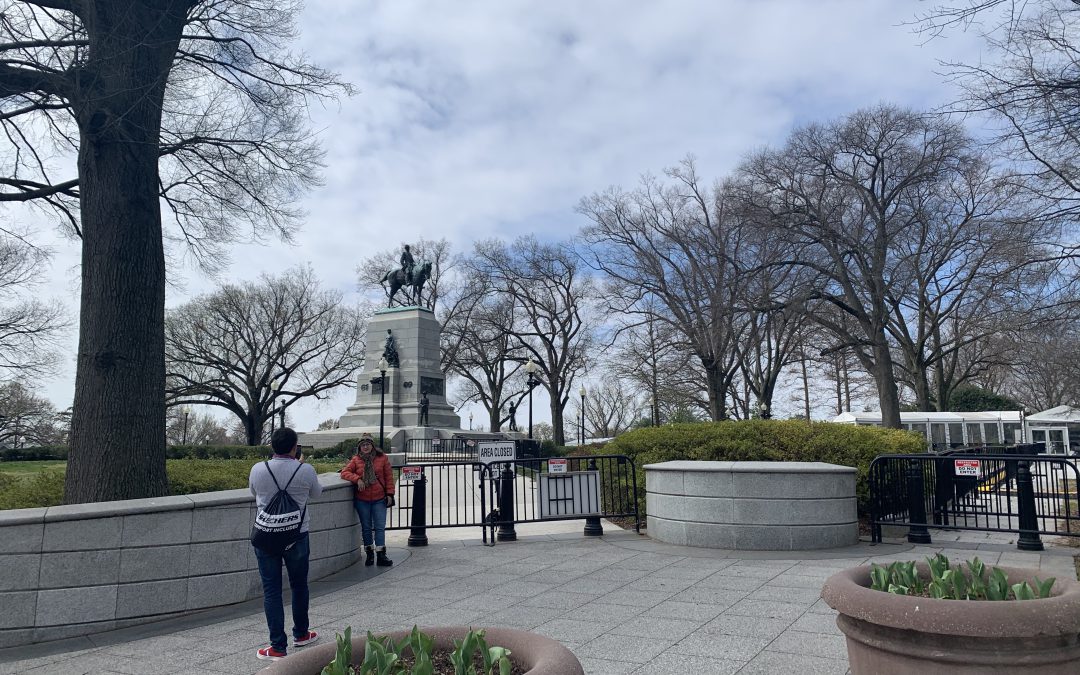 WASHINGTON — Reading a map with her back to the Washington Monument, Anne Basanese, a grandmother on vacation from Massachusetts, prepared herself to respond to the novel coronavirus by cutting her trip a day short.

“We pushed our luck coming here and we’re fine, but I’m just not having fun anymore,” said Basanese, who is asthmatic and at increased health risk from the virus. “I’ve watched the numbers go up dramatically, and nobody knows what they’re doing.”

As COVID-19 has reached all 50 states and the District of Columbia on Tuesday, the Capitol and the Smithsonian museums have closed as have numerous other D.C. museums and nightclubs. The city’s restaurants are operating under severe restrictions.

As of Tuesday morning, there were 112 confirmed cases of the fatal respiratory virus in D.C., Maryland and Virginia, with 22 in Washington itself.

Starting Monday night, restaurants and bars were banned from table service to “slow the spread,” Mayor Muriel Bowser said at a news conference.

“When we slow the spread of COVID, we prevent our hospital and health care facilities from getting overwhelmed,” she said.

Washington restaurants already faced a 55% decrease in diners on Sunday compared to the same day last year, according to data from Open Table, a restaurant reservation website.

Landry’s, the company that owns fine dining restaurant The Palm, said in a statement it was following all Centers for Disease Control and Prevention regulations but wasn’t planning to close its restaurants because “such a decision would invoke a personal hardship to our employee base.”

In a letter to customers, OpenTable asked patrons to “please support your local restaurants during this turbulent time, as they are a vital part of our communities,” and suggested delivery or buying gift cards as an alternative to dining in. (The CDC has foundno evidence the virus can transmit through food; however, a risk comes with the potential human contact in delivery.)

After first announcing it would take additional precautionary measures such as more frequent cleaning and readily available hand sanitizer, according to a spokeswoman, the Smithsonian museums announced their indefinite closure last weekend. “The health and safety of our staff and visitors is of course a top priority,” the spokeswoman said.

However, she added, the museums did not see a noticeable decrease in tourists in the weeks leading into the closures. The International Spy Museum made similar adjustments before closing Monday, and the iconic National Cherry Blossom Festival also canceled or postponed most planned events for this spring, according to press releases for those organizations.

Peak tourism season, described by the Smithsonian spokeswoman as April to September, has also not yet been affected. However, President Donald Trump said in a news conference Monday the coronavirus crisis may last until July or August.

“We were very lucky we got to do a lot,” Basanese said of her own trip to Washington. “We did pretty much everything except some of the Smithsonians, but they’re going to always be here.”

She added her son asked her to drive, rather than fly, home, reflecting a dramatic downturn in airline passengers nationwide over the past week.

Industry group Airlines for America requested a $50 billion aid package from the federal government this week to allay the financial strain caused by travel restrictions. United Airlines, for example, cut its schedule by 50% and expects to lose $1.5 billion in the month of March, according to CNN Business.

The fact that people aren’t traveling affects the economy beyond just the travel industry, said Daniel Levine, an expert on global trends at the Avant-Guide Institute.

“Business travel is a huge part of travel, and that’s being just eviscerated,” Levine said. “This is going to get a lot worse before it gets better. I’m not talking about the medical part of it, but I’m talking about people’s reactions to it… We’re digging in for the medium term.”