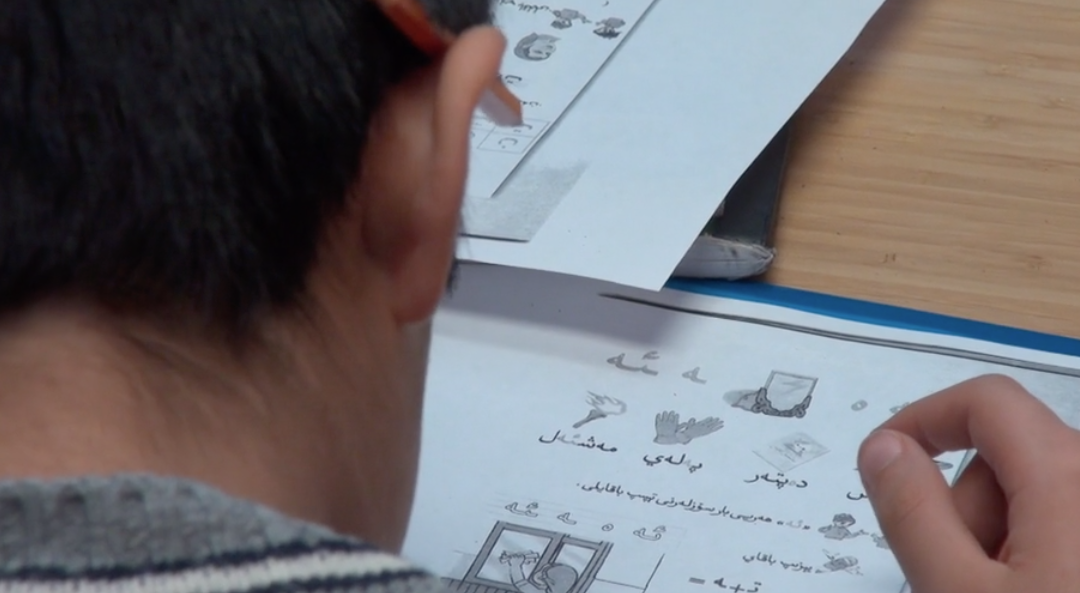 Irade Kashgary remembers her aunt’s warning during a phone call several months ago — the last contact Kashgary had with her relatives in Xinjiang, China.

Kashgary, 26, is a Uyghur American living in Fairfax, Va. Her parents and two brothers also live in Fairfax. Kashgary’s grandmother, aunts, and uncles live in China.

Uyghur people are a persecuted Muslim minority group in Xinjiang. Many Uyghurs prefer to call the area East Turkestan or the Uyghur region.

U.S. officials say the Chinese government is detaining over 1 million Uyghurs and other Muslim minorities in detention centers. However, some Uyghur activists say this number may be as high as 3 million.

Uyghur activists and Uyghur rights organizations allege that camp detainees have endured torture and are forced to renounce aspects of their Uyghur identity. Two versions of the Uyghur Human Rights Policy Act of 2019 were passed by the House and Senate and now must be reconciled before a final version goes to President Donald Trump for his signature.

The Chinese embassy in Washington declined multiple requests for an interview, but in an email, a spokesman forwarded a white paper and previous press statements from Chinese officials.

The white paper, published in March 2019, refers to the creation of education and training centers in Xinjiang to combat extremism and terrorism: “Education and training centers have been established with the goal of educating and rehabilitating people guilty of minor crimes or law-breaking and eradicating the influence of terrorism and extremism, in order to prevent them from falling victim to terrorism and extremism, and to nip terrorist activities in the bud.”

Kashgary was born in Xinjiang, but she and her family came to the U.S. when she was about 5 years old to escape the increasing threats of persecution.

At first, Kashgary would call her grandmother at least twice a week. The last time she spoke with her was in 2016, when her grandmother reported being under house arrest.

Preserving Uyghur Culture in the U.S.

But Kashgary was determined not to lose touch with her culture and history, even if she couldn’t talk with her relatives. She wanted to share that culture and history with the many Uyghur children who have moved with their families to northern Virginia for the same reason as Kashgary — to avoid persecution.

Kashgary said she wanted to give a sense of identity to Uyghur children who are not able to contact their families in China.

“We also get to kind of release all of the sadness that’s in all of us,” Kashgary said. “It’s a place that we can have hope for the future. We see it with the hundred kids that are running around every Sunday.”

Student Omama Wusiman, 11, said she wishes the school was open every day.

Kashgary said the older students know what is happening to Uyghurs in China and they want to do something about it.

She teaches some of the youngest students, so she does not explain the detention centers and the plight of the Uyghurs. Instead, she wants her students to know what it means to be Uyghur: “The location, the land, the history … those are the things that we’d rather talk about.”

But at times, Kashgary thinks the younger students know what is happening to the Uyghurs in China. She says she hears comments that people would usually never expect from a 5-year-old or a 6-year-old.

“I don’t know where my grandma is. Do you know where your grandma is?” Kashgary recalls a student saying. She’s also heard the children say, “I can’t go back.”

“The Chinese took over [the Uyghur region], and they’re putting [Uyghurs] in concentration camps and torturing them, but we did nothing wrong,” one young student told Sojourners.

In northern Virginia, Kashgary’s Ana Care & Education has brought together a Uyghur community.

“No matter what horrific things are happening back home, this is the future we want to be able to have,” she said.