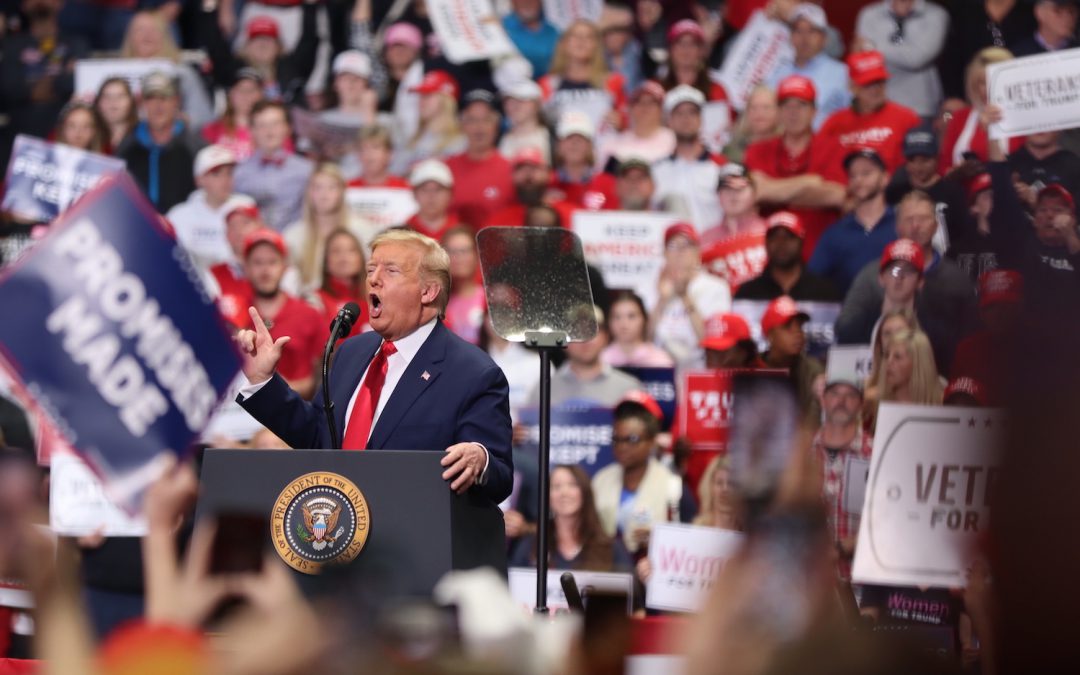 The President appeared in Charlotte, N.C.,— the site of the 2020 Republican National Convention—the night before Super Tuesday, when North Carolina and 13 other states will vote in the Democratic presidential primary, awarding over one-third of the party’s delegates to its national convention, where the nominee will be selected. North Carolina will be a crucial battleground state in the November general election. In 2016, Trump won the state by 3.6%, while Democrat Roy Cooper narrowly won the gubernatorial election by 0.2%.

The president attacked Biden over recent gaffes like referring to Tuesday’s elections as “Super Thursday” and saying he is running for Senate, not president.

After winning this weekend’s South Carolina primary, Biden has racked up the endorsements of former South Bend, Indiana, Mayor Pete Buttigieg and Sen. Amy Klobuchar, D-Minn., both of whom dropped out of the presidential race this week.

Many Biden supporters believe he could draw independents and moderate Republicans to vote for him in the fall.

The president once again said vaccines for coronavirus will be available soon based on his meetings with drug company officials. But most experts have said any coronavirus vaccine would be available in one year at the earliest.

Four new deaths have been linked to coronavirus, Washington state health officials said Monday, as the death toll in the U.S. rose to six. Nearly 90,000 people have been infected worldwide, with over 3,000 people dead as a result.

Trump mentioned the “sweeping travel restrictions” announced this weekend in response to coronavirus, which include authorizing the State Department to issue “do not travel” warnings to areas in Italy and South Korea.

The president’s appearance in North Carolina is not the first time this election cycle he’s campaigned in a state where Democrats are about to vote. He said Monday he likes to draw crowds away from Democratic campaign events.

“We like to go the night before one of their primaries,” Trump said. “We like to troll.”