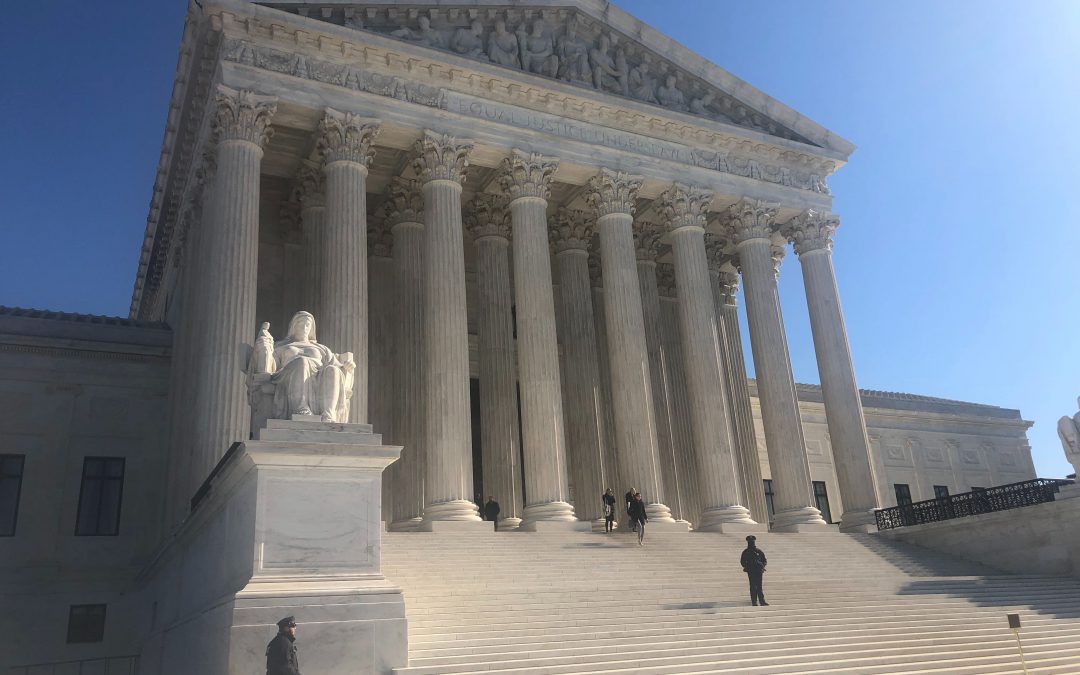 Justices heard arguments over whether parties mentioned, but not signed into, a contract can force signatory parties into arbitration. (Virginia Langmaid / MNS)

WASHINGTON –The federal government’s top lawyer argued Tuesday to reduce the power of the Consumer Finance Protection Bureau in a case before the Supreme Court that could strike down the independent regulatory agency as unconstitutional.

Solicitor General Noel Francisco and Kannon Shanmugam, representing a California law firm that refused to comply with a CFPB request, argued against the agency’s leadership structure, saying the presence of a single agency head who can only be removed “for cause” –defined as “inefficiency, neglect of duty, or malfeasance in office” –violated the president’s removal powers under Article II of the Constitution.

Shanmugam went further, making the case to the court to eliminate the CFPB by invalidating the section of the Dodd-Frank Act establishing the agency. Franciscomaintained the court should simply use the law’s severability clause to delete the “for cause” language.

In lower courts, the CFPB maintained its leadership structure did not violate the Constitution, a stance upheld by both a district court and the 9thCircuit Court of Appeals. However, when the case went before the Supreme Court, the solicitor general changed the government’s position from supporting the “for cause” language to opposing it. That cause the Supreme Court to appoint former solicitor general Paul Clement to defend the CFPB.

Clement said the problem is that the solicitor general and the opposing counsel are eager “to have the court decide the constitutional issue on which they agree.”

“Lack of adversity is distorting the court’s ability to do its job,” Clement said, comparing the case to a request for an advisory opinion, which the Court does not issue.

Justices Sonia Sotomayor and Ruth Bader Ginsberg voiced similar concerns to Clement, questioning Clement why, if the CFPB violated executive power, the president had not petitioned the Court.

However, when pressed by Justice Neil Gorsuch, Clement declined to say the court should dismiss the case outright.

Arguments centered around 1935 case Humphrey’s Executor v. United States, in which the Supreme Court upheld for-cause removal protection for the members of the Federal Trade Commission; it further upheld for-cause protection of the independent counsel from removal by the attorney general in 1988 of Morrison v. Olsen.

Shanmugam contended Morrison had improperly “disemboweled” the 1935 ruling and said the FTC’s for-cause protection was validated because a multi-member commission posed a “far lower threat to liberty.”

Justice Elena Kagan took issue with Shanmugam’s interpretation, asking whether a blanket rule based on the number of agency heads was too simplistic.

“There are a thousand things that go into whether a president has any influence over a particular agency, of which the question of one or multiple members is not so important,” she said.