THE GOOD, THE BAD, THE UGLY: BIDEN VICTORIOUS, BERNIE BRUISED, OTHERS BEATEN HEADING INTO SUPER TUESDAY 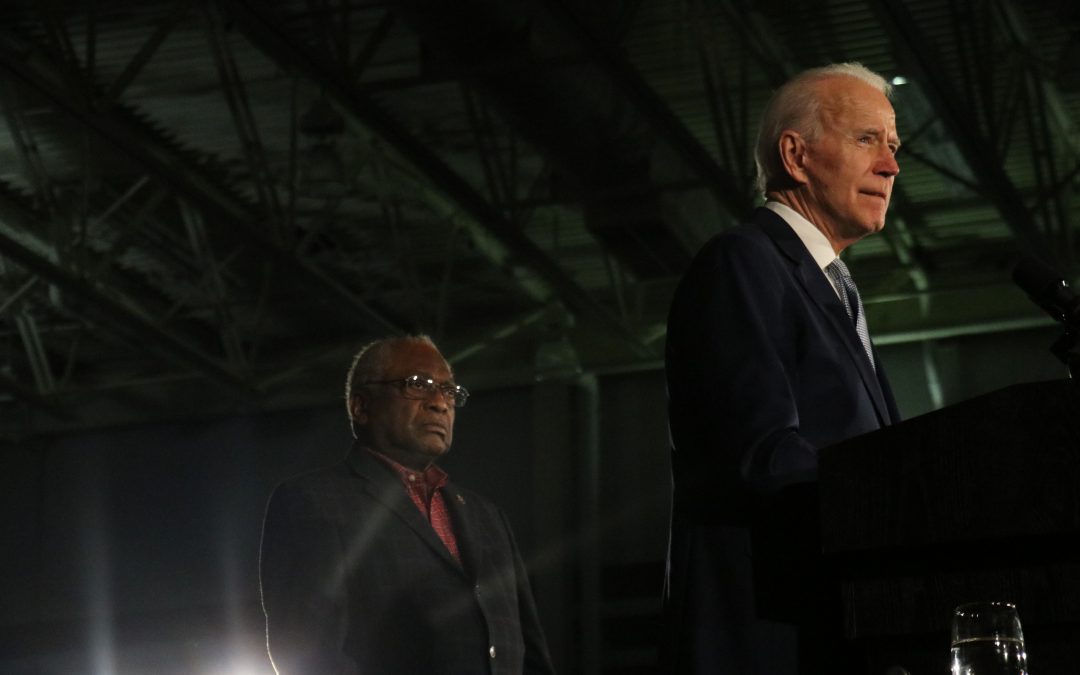 “This is the moment to choose the path forward for our party,” Biden said at an election watch party at the University of South Carolina. “This is the moment, and it has arrived… and the decisions Democrats make all across America in the next few days will determine what this party stands for, what we believe, and what we’ll get done.”

Biden, with popular South Carolina Rep. Jim Clyburn at his side, claimed victory after receiving just under 50 percent of the vote. Sanders trailed a little less than 30 points behind Biden as the second-place candidate.

No other candidate had broken the 15 percent threshold in a primary or caucus to receive delegates statewide.

Biden’s campaign had taken a bruising over the first three nominating contests. With poor performances in Iowa, New Hampshire and Nevada, the Biden campaign kept faith that South Carolina would give the former vice president the bump needed to keep him in the race and provide momentum for Super Tuesday, where a third of Democratic convention delegates will be allocated in a single night.

Though the Biden campaign had placed its bets on South Carolinians, there was concern that voters in the “First in the South” state would not answer back with the same level of affirmation. With the string of poor performances, some polls had shown a tightening race between Biden and Sanders, who had won the popular vote in the first three contests.

But at a minsters’ prayer breakfast in Charleston on Wednesday, Clyburn — the most beloved and popular Democrat in the state as well as a leading in the U.S. House as minority whip — endorsed the former vice president.

“I know Joe,” Clyburn said. “We know Joe. But most importantly, Joe knows us.”

The phrase was used at multiple campaign stops after the endorsement. From the campus of Coastal Carolina University to an AME church in Sumter, “We know Joe” became a rallying cry for the Biden campaign leading up to the vote.

According to a CBS News exit poll, 70 percent of black voters in the primary said that Clyburni’s endorsement was a factor when casting their votes.

Leading up to the election, some polls had shown a tight race. Biden’s lead over Sanders in one poll was within the margin of error, and philanthropist Tom Steyer close behind.

Steyer had, in a lesser sense than Joe Biden, staked his candidacy on the Palmetto state. Throughout the campaign, Steyer had spent more than $13.3 million on both digital and television advertising in the state, and some voters took notice to his seemingly constant presence in the community.

Wilfred Knox, who attended a Steyer event at a HBCU the night before the primary, said that Steyer’s presence within the community, not just in advertisements, drew him to the philanthropist.

“I’ve been stuck with Tom,” Knox said. “I’m glad he’s here at Allen University, and I think that speaks well of him.”

However, money did not have the last word in the election. Steyer dropped out of the race as more results came in that showed he would not break the 15 percent threshold to receive delegates.

Some voters also remained skeptical of Sanders, along with feeling a sense of electability for Biden.

Babette Boston, an employee with the Department of Veterans Affairs, said “something has gotta give” about the animosity among the campaigns and the “blockage of good ideas.” That, she said, motivated her to vote.

“I struggled (who to vote for) up until the time I drove into the parking lot,” Boston said. “I did vote for Mr. Biden because I think he is more even-keeled.” She said she was skeptical of Sanders’ Medicare for all program.

For the candidates who did not break into the top three, their focus moved to Super Tuesday states, even before the results were called.

Sen. Elizabeth Warren left for Arkansas and Houston after a rally in Columbia Saturday morning. Even there, with a victory in South Carolina unlikely, the focus was on sending the Massachusetts Democrat into the largest single day of voting with some “South Carolina love” and “South Carolina passion.”

William Kennedy, who voted for Warren early in the morning, had his eyes set even farther forward — the Democratic National Convention in July.

“The bottom line is, if she keeps fighting, if we make it to the convention, we have a great opportunity for Elizabeth to be our candidate,” Kennedy said.

Democratic National Committee Chairman Tom Perez went to a polling station at Martin Luther King Jr. Community Center in Columbia, where South Carolina Democratic Party Chairman Trav Robertson cast his vote. Perez said that after Tuesday’s contest, tough conversations would be had and decisions would be made by candidates on their viability.

“Next Tuesday, you got 14 states voting, and this is the last word before they go to vote,” Perez said. “We started out with 25 (candidates) thereabouts, and we’re done to seven or eight. And we’ll see what happens after Tuesday. “