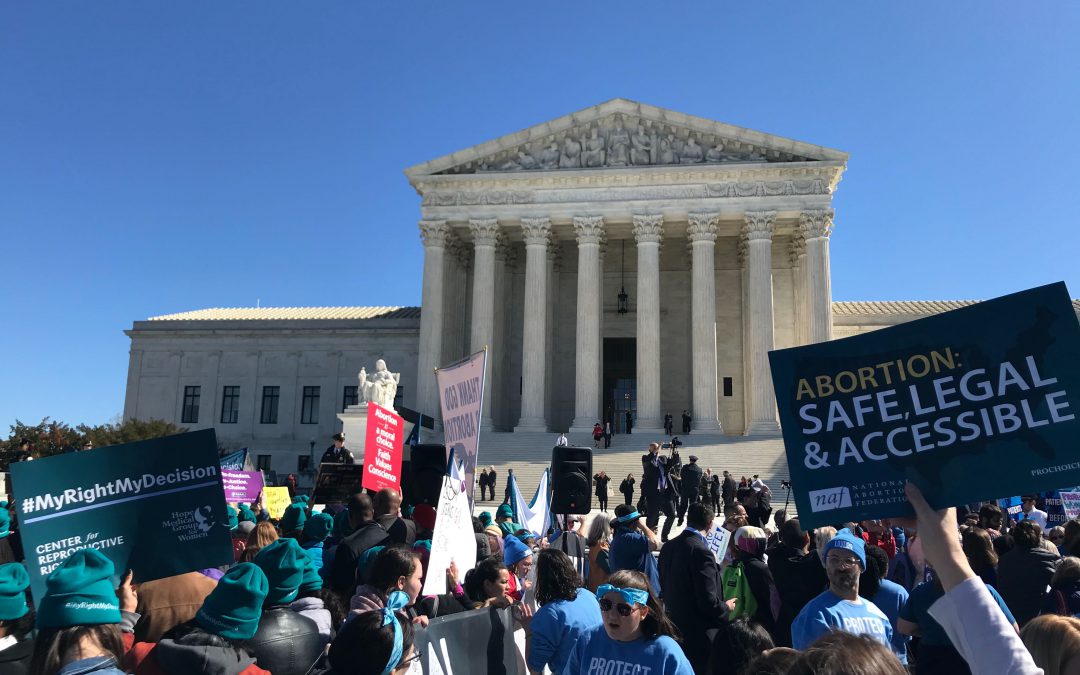 WASHINGTON — The Supreme Court heard arguments Wednesday on a highly anticipated case that could restrict access to abortions by requiring doctors who perform abortions to be able to admit patients at nearby hospitals.

The case, June Medical Services LLC v. Russo, centers around a Louisiana law mandating that abortion service providers have admitting privileges at a hospital within 30 miles of the abortion facility.

Julie Rikelman, a lawyer with the Center for Reproductive Rights who argued before the court on behalf of June Medical Services, said requiring doctors to have admitting privileges would effectively force abortion clinics to close, placing an undue burden on abortion seekers.

If the law is upheld, just one doctor at one clinic would be responsible for the approximately 10,000 Louisiana women seeking abortion services each year, according to Rikelman.

“Louisiana’s decision to require abortion providers to have admitting privileges was justified by abundant evidence of life-threatening health and safety violations,” Murrill said.

Justices Ruth Bader Ginsburg and Sonia Sotomayor repeatedly challenged the specific requirements around the hospital providing the admitting privileges. Ginsburg said a distance between the hospital and the clinic was unnecessary.

Most patients never have complications, but when they do, they’ve typically left the clinic to go to the hospital closest to their home, Ginsburg said.

“Her home has no necessary relationship to 30 miles from a clinic,” Ginsburg concluded.

Murrill and Principal Deputy Solicitor General Jeffrey Wall both argued that the 30-mile provision is consistent with the Louisiana regulatory structure of admitting privileges and would serve to maintain continuity of medical care.

The law was first challenged when doctors sued the state in 2014. Just two years later, in Whole Woman’s Health v. Hellerstedt, the Supreme Court struck down a Texas admitting privileges law on the basis of the undue burden the law placed on abortion seekers. The Louisiana case was brought before the Supreme Court after the 5th U.S. Circuit Court of Appeals upheld the law despite the precedent set in Texas.

Rikelman said Whole Woman’s Health v. Hellerstedt sets a precedent that should not be undone in this case.

“This case is about respect for the court’s precedent,” Rikelman said. “The Louisiana law at issue here, Act 620, is identical to the Texas law and was expressly modeled on it.” Murrill contended that the case should not be compared to the Texas decision.

The Supreme Court case Wednesday also considered whether the June Medical Services has close enough relationship to the issue to be able to bring it before the court. Generally, third-party standing is not allowed unless the party has a close relationship with the affected people.

Rikelman argued that the admitting privileges “directly regulated” the clinic, but Wall said it may have a conflict of interest.