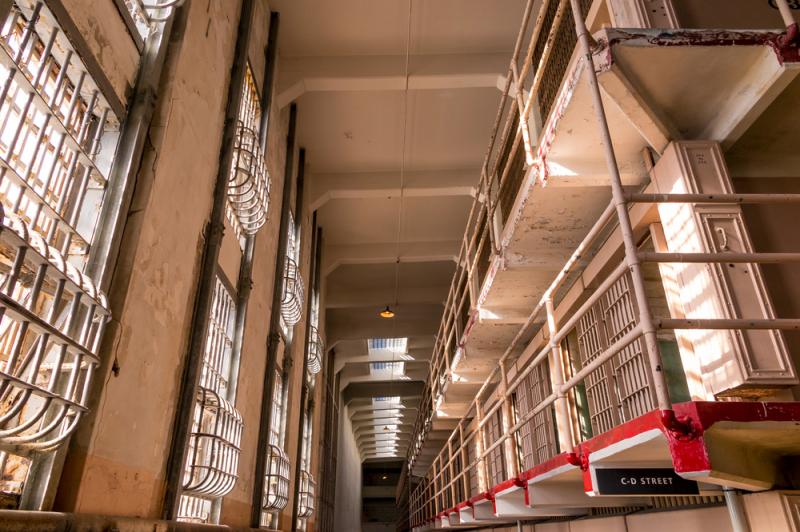 The census counts prisoners at their prisons instead of their hometown. (United Press International)

WASHINGTON — The 2020 U.S. Census is underway with the goal to count every U.S. resident once, and in the right place, which is defined as where they sleep a majority of the time. But critics say this decision grants too much power to rural communities that are home to large prisons.

Every 10 years, the census determines how billions of dollars in federal funding will be allocated to the states and territories. The results are also used to determine the number of seats each state gets in the U.S. House of Representatives, and they are used to draw congressional and state legislative districts

Because most states do not grant prisoners the right to vote, lawmakers disagree about where prisoners should be counted for the census — at their prisons or where they lived prior to imprisonment.

According to the Prison Policy Initiative, 34 percent of California’s prisoners come from Los Angeles County, but the county only contains 3 percent of the state’s prison cells. Most inmates from the Los Angeles area are sent to prisons in more rural parts of the state.

This is not unique to California. Many urban areas across the country send their inmates to prisons in rural communities. Research at Arizona State University determined that over 450 prisons have been built in rural areas since 1980.

Marc Morial, president of the National Urban League, said that moving incarcerated people to rural locations, and then counting them as residents there, enhances the political power of the areas near the prisons.

“It’s not fair,” Morial said. “It’s not appropriate to allow those counties that happen to house correctional facilities to get a disproportionate share of resources and political power because they just happen to be the place where incarcerated people are.”

Efforts to address prison gerrymandering at the federal level have gone nowhere in recent years.

Rep. Mark Pocan, D-Wis., included an amendment to end prison gerrymandering in the For the People Act of 2019. This Democratic measure to overhaul campaign finance, voting and ethics laws passed the House of Representatives, but has no chance of passing the Republican-controlled Senate.

“Republicans are against expanding the right to vote, ensuring transparency and reforming our democracy because they know that a corrupt system is the surest way for them to win,” Pocan said.

This was not the first federal attempt to change prison gerrymandering laws. In 2013, 18 members of Congress wrote to the Census Bureau requesting that it count prisoners as residents of their hometowns, but the Census Bureau did not change its policy.

The prison gerrymandering debate comes at the same time the Census Bureau is facing backlash over its handling of other underrepresented communities.

Rep. Carolyn B. Maloney, D-N.Y., chairwoman of the House Committee on Oversight and Reform, has held multiple hearings this year with industry experts and census officials discussing the effects of undercounting hard-to-count populations. Democratic lawmakers fear that Latinos will not fill out the census because of the possibility of a citizenship question and the repercussions they may face if answering truthfully.

“I am gravely concerned that the Census Bureau may not be prepared to meet this high bar, and that the 2020 Census could leave communities across the country undercounted, underrepresented and underfunded,” Maloney said.

Census Bureau Director Steven Dillingham said it is up to individual states and Congress to take action on prison gerrymandering, and the Census Bureau will follow any changes Congress enacts.

New Jersey recently became the seventh state to count prisoners based on their home addresses. State Rep. Nilsa Cruz-Perez, one of the original sponsors of the New Jersey bill, said in a statement the law puts ends the skewing of districts that has resulted in an imbalance in state representation.

“Camden County has no prison facilities, but in 2018, there were 1,652 individuals from Camden in state prisons,” Cruz-Perez said. “Those 1,652 were counted as citizens of other counties, adding to the representation of those communities, despite hailing from Camden.”

After the 2020 Census is complete, New Jersey will join California, Delaware, Maryland, Nevada, New York and Washington in counting prisoners at their homes instead of their prisons, boosting representation and federal funding in mostly urban areas.

A bill awaits the signature of Colorado Gov. Jared Polis that also would require prisoners in the state to be counted as living at their home addresses.

Census Bureau spokeswoman Leslie R. Moran said the Bureau provides states with tools to count prisoners in their hometowns, such as a geocoding service that allows states to look up an address and convert it to a specific coordinate.

“This gives interested states the information they need to redraw district boundaries as they prefer, while still following the census’s principle of counting people where they live and sleep most of the time,” Moran said. “It does not change the counts from the census.”